In the other change, Mitchell Starc comes in for Jackson Bird.

With Faulkner, the Aussie pace line-up will go from no left-armers at Durham to two.

The Aussies’ batting has been the problem as they’ve slumped to 3-0 down in the series and now looking to save face in the final Test before the return series in Australia.

Shane Watson will now bat at number three with Brad Haddin at number six and Faulkner as number seven.

Faulkner’s been rewarded for his performances on tour with both the bat and ball, captain Michael Clarke says,  even though he has no first class hundreds to his name.

“I think you’ve seen so far on this tour he’s scored some very handy runs for us,” Clarke said. “I think he’s been dismissed once in his last five or six innings that he’s played, whether that be in tour games or one-day cricket, whatever it is. I think he’s a tough competitor.

“At this stage of his career he’s a bowler who can certainly make some handy runs. He’s an all-rounder, he provides that package for us. I certainly believe that he’ll play a big part in helping us take 20 wickets and helping us score as many runs as we need to win this Test match.

“I think it’s the overall package that James brings; his toughness, his performances of late in whatever form of the game he’s played and the fact that he’s not just a bowler. He can certainly make some very crucial and handy runs for us.” 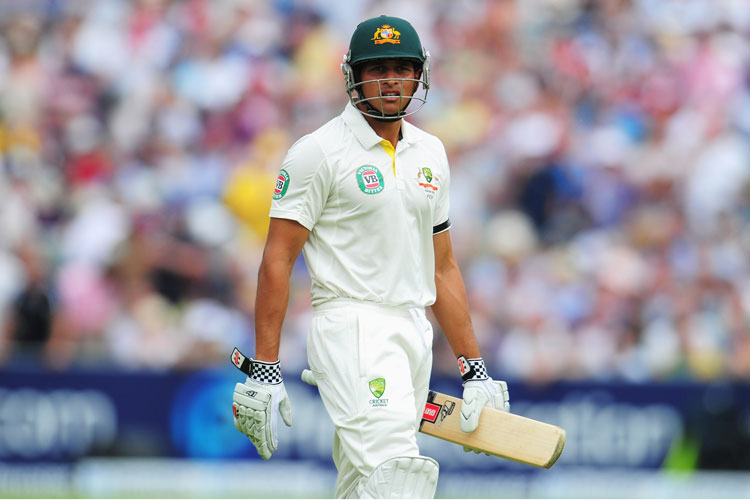 Having averaged 19 in the series, Khawaja’s dropping is no shock, but Phil Hughes – who hasn’t fared much better – would have been a more obvious alternative.

Clarke talked up Faulkner’s toughness as one of his key attributes.

“With the ball he’s extremely competitive and will find a way to get wickets as he’s done so far on this tour and in the shorter forms of the game,” Clarke says. “He’s at you all the time. I think he’s the right character for this team, and I think you’ll have a good opportunity to see just how much talent he’s got in this Test match.”

In the top four Sheffield Shield wicket takers the past three years, Faulker will be the 435th Aussie Test player and the 17th player used in this series.

What Wallaby woes? McKenzie delighted by Australia domination in Dublin

Get ready for the Scotch Egg Challenge 2014