Ashes 2013: Lyon and Warner in the reckoning for third Test as Bird pushes for final pace spot

Although the practice match at Sussex saw ailing Aussie batsmen get good starts but not go on with it, the game did more to push the causes of England hopefuls, including Kevin Pietersen’s replacement James Taylor and back-up spinner Monty Panesar.

Nathan Lyon is seen by many as a more reliable option with the ball than youngster Ashton Agar, who scored 98 runs on debut by managed an expensive two wickets in the whole of the first and second Tests.

He was brought in ahead of 25-year-old Lyon, depsite the South Australian’s decent return from his 22 Tests, including nine wickets in his last appearance in a baggy green.

Former Aussie quick Brett Lee has spoken for the inclusion of Warner, who was suspended from the squad for throwing a punch at Joe Root in a nightclub. 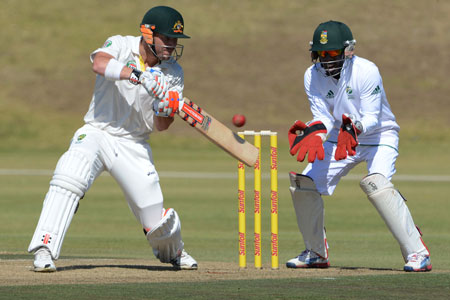 The explosive opener was sent to South Africa to play with Australia A and told to score runs. He delivered with 193 last week and has been called back into the squad.

Lee said Warner is the kind of match winner the Aussies need.

“You’ve got to inject someone like a David Warner into the team,” Lee told Fairfax media. “Nothing against Chris Rogers, he’s got good figures and he’s done well, but get someone like a Warner to match up with a Shane Watson – someone who won’t back down to the English.

“Whether or not he gets any runs, he’s going to give it to them. I’d be very surprised if he didn’t do well if he played because he’s so determined.”

Warner would be much more likely to replace one of the ailing middle order line-up than Rogers, who has been desperately unlucky with most of his dismissals so far in the series and will be worth another chance.

Jackson Bird will also be in the reckoning along with Mitchell Starc to replace James Pattinson after the quick was ruled out of the series with a stress fracture in his back. 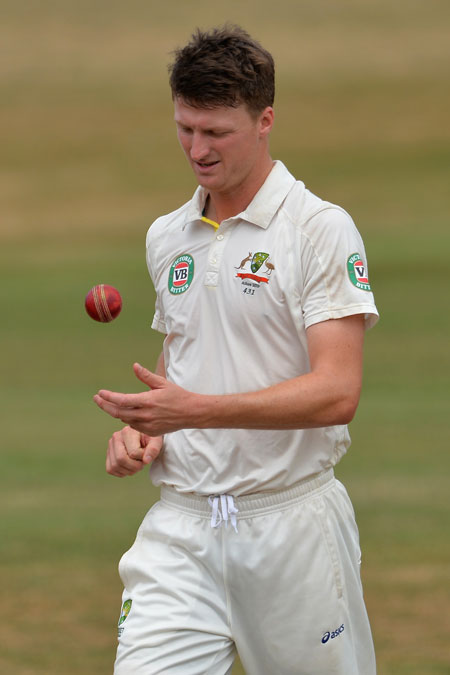 While no bowler got a bag of wickets in Hove to demand in inclusion, Bird, dubbed a Glenn McGrath clone, was tight returning two for 33 from 14 on the first day, although he copped some stick on day two.

Starc showed the wayward form which saw him dropped in the first place, but his left-arm inswingers are an attractive option for selectors.