The 23-year old was running in this year’s final race on Sunday, the last day of the San Fermin festival, when she was gored in the chest by one of the running bulls.

She was taken to hospital and is being treated for her injuries.

The famous festival sees a number of injuries each year as people dressed in red and white try to run through the city streets to outrun the bulls which stampede down the narrow roads towards the city’s bull ring. 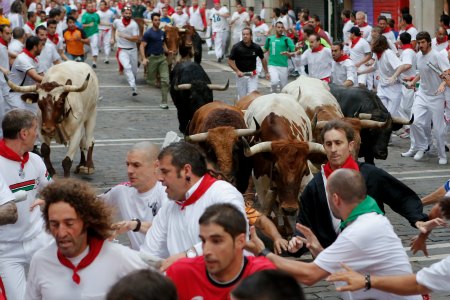 The city’s population is around 200,000 but swells to around two million each year during the Sam Fermin festival, which includes the daily 8am bull run. 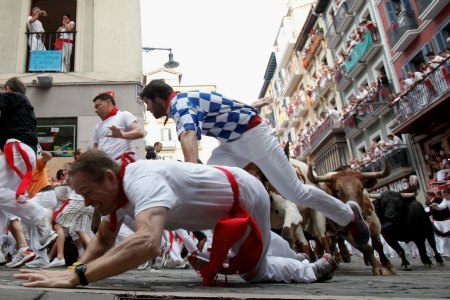 This year 50 people have needed hospital treatment for injuries sustained in the running of the bulls, 27 of these from a pile up at the bull ring entrance on Saturday morning where a sea of people blocked the way in leading to a mass panic and multiple injuries.