Destination Guide: The magic of the Med

This island is synonymous with massive beach raves, but there are also plenty of refined clubs and bars to enjoy. If you’re big into clubbing, the south is the place for you. Known as the party capital of the world, the list of big venues and famous nights is endless. Here the action goes on all night. Wild gatherings on the beach, rowdy booze cruises at sunset, day-time fiestas, and world famous club nights. Toned bodies of the young and beautiful rub up against each other as alcohol flows and dance beats blare. There is nowhere in the world where you can pack more partying into the day, and all while getting a tan. The northern half of the island is more upmarket; here, sunset lounges and boutique hotel bars make up the nightlife. It is elegant and classy, reserved for the elite few who are in the know. But word is spreading. Get here quick to indulge in some Mediterranean glam before the riff-raff arrive.

What else? Enjoy a candlelit dinner under a medieval castle in Ibiza Old Town before exploring ancient rambling alleys and cobbled streets. The town, which is a UNESCO World Heritage site, offers spectacular panoramic views and comes to life at night with street artists and transvestites in platforms higher than Charlie Sheen after a bender.

You can’t talk about the Mediterranean without mentioning the food, which is probably one of the best-known cuisines in the world. The hot, dry summers and wet, rainy winters make perfect conditions for plump, sun soaked fruit and veg. And what a coastal cuisine also has to offer is incredible fresh fish. Although dishes are good across The Med, food fanatics love the Amalfi Coast for its range. Here, Italian classics can be found alongside traditional coastal dishes, and the recipes have been passed town for generations. The best of the fisherman’s catch drizzled in tangy olive oil, plump tomatoes that are to die for (believe us, you haven’t tried a tomato until you’ve eaten one on the Mediterranean coast), and juicy vegetables grilled to perfection. Spices are light, but that’s because the food’s natural flavours are enough and everything is fresh, fresh, fresh. Cetera, a small fishing village on the eastern edge of the coast has been specialising in catching and preserving anchovies for thousands of years. Just west is the town of Praiano, where grandmothers serve up homemade dishes from their kitchens – and only they know the secret ingredients. There’s no doubt about it: you’ll eat some of the best meals of your life along this idyllic stretch of Mediterranean coastline – and everything tastes better when you’re overlooking the sea.

What else? Hop on a local SITA bus for a stomach churning drive along towering roads carved into the cliffs. With sharp switchbacks and 500-foot drops into the glimmering Med, the trip is not for the faint hearted but the views are breathtaking.

The rugged portion of the Italian Riviera is made up of stunning hikes along sheer cliffs that drop into the bright blue ocean. The area is now a UNESCO World Heritage site and a national park. Impossible to reach by car, train or boat, the land is free from development and completely unspoiled. The trails, which were carved into the cliff faces by farmers and herders many hundreds of years ago lead to five ancient villages. Although the jaunts are short, you could spend days trying out the different routes. The Blue Trail also known as Trail Number Two is the easiest and most popular, covering eight miles of crisp coastline. The more taxing Sanctuary Trail will give you a taste of the area’s history. Along the path are five shrines where locals have come to pray for centuries. Today, people still make pilgrimages to leave memorial messages and flowers for family members long gone.

What else? Don’t miss Lover’s Lane along the Blue Trail. Easy to reach without having to hike, the pathway is famous for a statue of an embracing couple and a tunnel covered with romantic graffiti from starry-eyed lovers. Hold tight – the messages will make you giddy, and so too will the views.

Best for beaches: The Cyclades, Greece

These are the beaches that dreams are made of, with azure waters, sparkling white sand and the sun pitched perfectly for a tan. The islands are located in the Aegean Sea, which is an arm of the Mediterranean that stretches between Greece and Turkey. The Cyclades are part of Greece and they’re dotted with sun-kissed olive groves and blue and white domed villages that are iconic of the country. Popular with the jet-set and party-goers are the islands of Mykonos, Santorini and los. Here, the nightlife is pumping and the sun-loungers are out in force. But there are also more sedate islands with quiet, unspoilt beaches and small fishing villages to explore. Island hopping by ferry – or sail boat if you’ve got the cash – is the best way to get to know the islands, and each beach will be better than the last. Snorkelling, windsurfing and scuba diving are also popular pastimes here and it’s easy to rent gear or sign up for classes.

What else? When you need a break from sunbathing, head to the ruins of ancient Thira. The archaeological site graces the top of a mountain in Santorini and the views are spectacular. Here, layers of history collide as Roman baths fight for space alongside Byzantine temples and Hellenistic shops. Don’t worry though, you’ll never be too far from the sea as the area is flanked by two magnificent beaches. 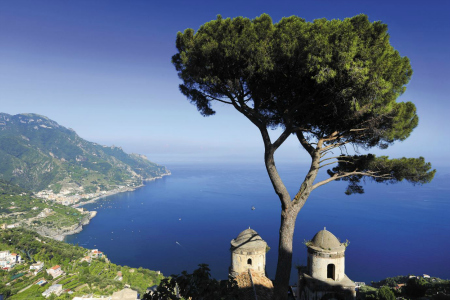 This dazzling coastline makes up Turkey’s Mediterranean side, and it’s often forgotten in the hubbub of cheap holiday packages to Spain and Greece. But the beaches are no less beautiful and the area is jam packed with ancient ruins. In Dalyan, on the west side of the coast, you can visit the ancient city of Kaunus, which still has Roman baths and an amphitheatre. From here you can also admire the majestic Lycian Tombs, which are carved right into the cliff face and are the resting places of fourth and fifth-century kings and queens. Kekova Island, which can be reached by boat from Antalya, is home to a sunken city. Ancient steps rise out of the sea and you can explore submerged mosaics and remains of a 2,000-year-old city that was plunged into the sea due to earthquakes. The area is closed to swimmers (though you can dive with permission) but kayakers can reach the site, which would spark joy in the hearts of even the most seasoned of treasure hunters. It’s worth going the extra mile with this one and organising a day or weekend kayaking expedition.

What else? When history has got the best of you and you want somepure relaxation, book a boat trip from Dalyan to the surrounding islands. As well as diving into the crystal-clear sea, you’ll also visit the mud baths which are celebrated for their promise of youth.

If this has you longing for your own Mediterranean adventure visit TNT Tour Search where you can find affordable deals on your next holiday.

Image credits: Thinkstock, Getty and Positive/Negative and john-fisher via Flickr