Divinyls had a worldwide smash hit with the single ‘I Touch Myself’ in 1991.

The song knocked Vanilla Ice’s ‘Ice Ice Baby’ off the top of the Australian charts. It reached #10 in the UK charts and #4 in the US Billboard Hot 100.

Divinyls first got together in Sydney back in 1980 when Amphlett cut a provocative and distinctive form dressed in school uniform and fishnet stockings.

“I have not stopped singing throughout all this in my dreams and to be once again performing and doing what I love to do.” Amphlett told fans via her Facebook page in March 2012.

ARIA (Australian Recording Industry Association) released a condolence statement saying: “It is with great sadness that we learn of the passing of the beloved Chrissy Amphlett, a true pioneer and inspiration to a generation of Australian musicians and music fans.” 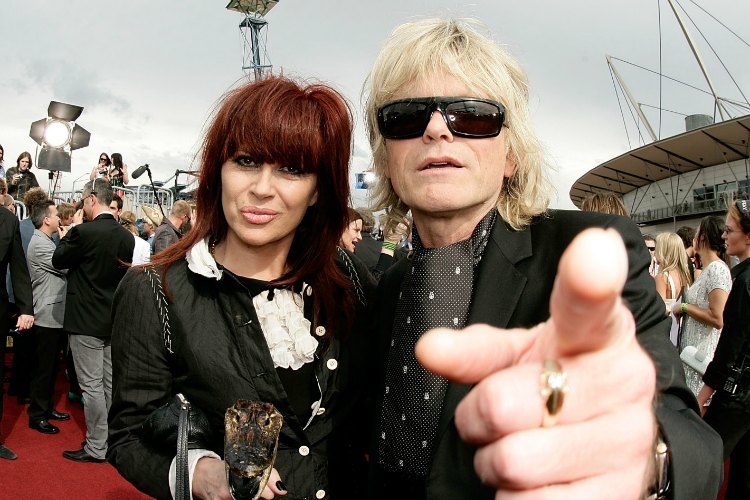 “Chrissy’s light burns so very brightly. Hers was a life of passion and creativity; she always lived it to the fullest. With her force of character and vocal strength she paved the way for strong, sexy, outspoken women.

“Best remembered as the lead singer of the ARIA Hall of Fame inductee, Divinyls; last month she was named one of Australia’s top ten singers of all time.  Chrissy expressed hope that her worldwide hit “I Touch Myself” would be utilized to remind all women to perform annual breast examinations.

“Chrissy was a true pioneer and a treasure to all whose lives her music and spirit touched.”