Perry, 22, had missed all of her side’s Super Sixes matches but was selected to play at Brabourne Stadium despite having not recovered from an ankle injury.

The dual international, who also plays football for Australia, ripped through the West Indies top order with a noticeable limp and after three overs had taken three wickets for two runs.

The impressive start crippled the Windies chase of the 259 runs the Aussies set them, with Rachel Haynes (52) impressive at the top of the order and a late flurry from captain Jodie Fields (36no) and Perry (25no) helping the champions to a strong total. 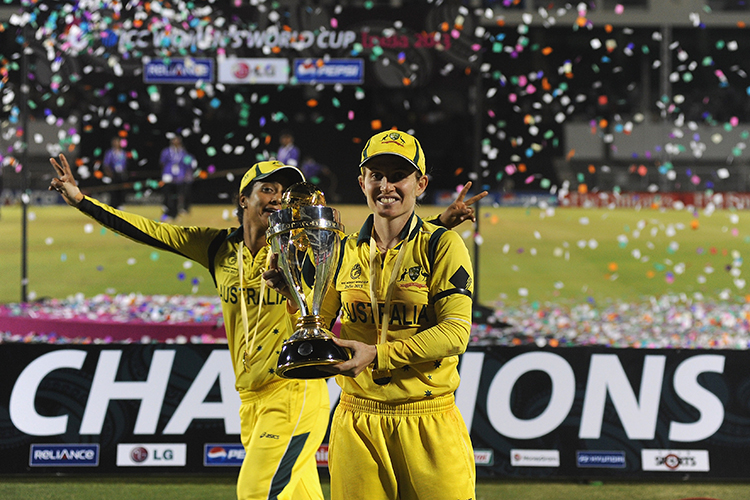 Australia now holds both World Cups after winning the T20 title last year and are also the holders of the Ashes.

“To be sitting here is an unbelievable feeling and to have done it in the same year we won the Twenty20 Cup I think it’s really special,” Fields said.

“It’s a great piece of history for Australian women’s cricket and we’re very proud of that.”