It’s the second time this series India have chased down 350 runs or more.

Kohli hit the winning runs with three balls remaining as India levelled the seven-match series 2-2 (two have been washed out).

India won the toss and sent Australia into bat on yet another road of a wicket that gave the bowlers very little chance.

Australia captain Bailey continued his excellent form with a steady start and exploded in the latter stages to guide his side to 6-350 in Nagpur. His 156 off 114 balls is the highest score from an Aussie captain against India.

Congratulated on the innings after the game, he said: “Yeah mate, but we’re losing!” 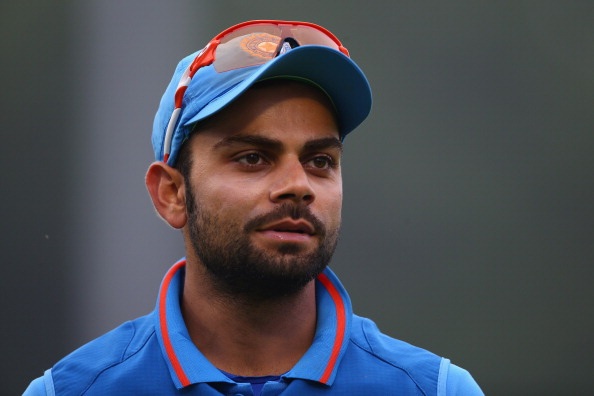 Shane Watson also reached 102 in good time (94 balls) while Adam Voges was the ideal support act pushing singles with ease on his way to 44 off 38 balls.

The series now goes to a decider though after India’s top order dominated with openers Rohit Sharma (79 off 89) and Shikhar Dharwan (100 off 102) getting them off the perfect start.

They laid a foundation for Kohli who finished on 115 not out.

Mitchell Johnson got Australia back into the game with two quick wickets of Suresh Raina and Yuvraj Singh, but captain MS Dhoni was well up to the task to help Kohli steer them to the end with 25 off 23 balls.