ALLEGED VILLAIN
Former Canberra Raiders and Penrith Panthers winger Sandor Earl was handed an infraction notice after he admitted to
trafficking and supplying the banned substance CJC-1295, which triggers the release of growth hormone. He’s stepped away from the NRL and is assisting with investigations. His wasn’t the only drug-related scandal in a dark 12 months.

VILLAINS
A bit of a shambolic year for the Australian rugby team, with their 2-1 loss to the British and Irish Lions the final nail in
Robbie Deans’ coaching coffin and not much changing under new man Ewen McKenzie, with Rugby Championship losses to South Africa and New Zealand, and then England in the autumn opener. They’re a team on the up though.

HEROES
Let’s forget the multi-format Ashes series over a Test, one-dayers and T20 matches, the Australian women won the freaking World Cup back in January-February! If that’s not worth celebrating, James Anderson is as quiet as a church mouse on a cricket field.Jodie Fields’crew were awesome in India winning their sixth 50-over title in the final over the West Indies, so we’ll forgive them the 12-4 loss to England.

VILLAIN
Germany’s Sebastian Vettel added the 2013 Formula 1 World Driver’s Championship to his 2010, 2011 and 2012 titles with races to spare this year, so why is he a villain? Because despite being a freakishly talented racer, he made a dick of a decision at the Malaysia Grand Prix when team mate Mark Webber was leading and team orders said for him not to pass.
TNT reflects on Webber’s immense career on P72 of this month’s mag.

HEROES
After 25 games in the Rugby League World Cup we ended up with the same semi-final match-ups as we did in 2008.
That’s not to say the tournament wasn’t a beauty, the work of teams such as USA, Italy and Tonga was gold, but we ended with the flag bearers of the code, Australia and New Zealand, in a sold-out final at Old Trafford. England will be hungrier than ever to get there next time.

Want to read more? Download a copy of our eMag or pick up a copy of TNT on your travels around the capital. 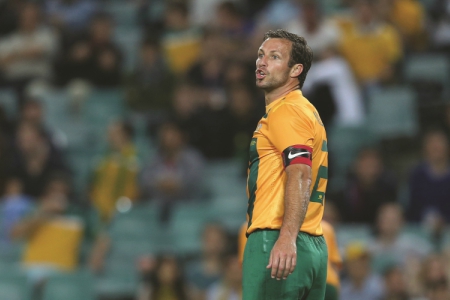 HEROES
World No 2 Adam Scott won the US Masters,something no Aussie had managed to do after choking a la Greg Norman previously – and he did it in a pressure-cooker play-off. Then he won back-to-back Australian Masters. And then, his Aussie team mate Jason Day won the World Cup at Royal Melbourne, and together they won the team title. Not a bad year then.

All but America’s Cup

VILLAIN-ISH
As a contest, the 2013 America’s Cup was a certified cracker with Oracle Team USA coming back from 1-8 down to beat Team New Zealand 9-8 in one of sport’s great come backs. Shame for New Zealand, whose crew is largely Kiwi, up against Team US’s Aussie skipper and strategist, and drafted in Brit Sir Ben Ainslie from race six on. Just change the names to the sponsor and be done with it.

HEROES
The AFL London season had a stand-out club, the West London Wildcats, whose affiliate teams appeared in all three
grand finals in August. Their Ealing Emus went down to the Reading Roos in the social division, but in conference their Shepherd’s Bush Raiders beat Regent’s Park and in the premiership the Wildcats were too good for North London.

VILLAINS
The only victory the Essendon Bombershad this year was getting slapped with the heaviest ever penalty handed down by the AFL for bringing the code into disrepute. The club also copped a $2million fine and was declared ineligible for the finals over their handling of a supplements programme. Coach James Hird also got suspended for 12 months. Naughty naughty.

HERO
No pressure mate, but everyone in the British Isles will be very unhappy if you don’t win Wimbledon and end up a blubbering mess on centre court again. Phew. He won, beating Novak Djokovic in the final and becoming the first Brit in 77 years to win the coveted grass title. Shout out to Rafael Nadal’s come back from injury to be World No 1, too.

HEROES
So American football really is a thing in England, as proved by nearly 84,000 punters packing out  Wembley, twice, to watch the Pittsburgh Steelers get beaten by the Minnesota Vikings in a thriller, and the Jacksonville Jaguars, the franchise touted most likely to shift if a franchise comes to England (some people believe it), get stuffed by San Francisco. A genuine phenomenon.

HEROES
The Chiefs beat the Brumbies in the Super Rugby final plus New Zealand won the men’s and women’s Sevens World Cups.

Bad Blake out of the box

VILLAIN
Getting paid a stack to play rugby league for a living wasn’t enough for Blake Ferguson and his mate Josh Dugan, who were sacked by the Canberra Raiders for a series of indiscretions, mainly involving getting on the piss at the wrong times.
Then Ferguson followed Quade Cooper and Sonny Bill Williams onto an Anthony Mundine undercard and did the unheard of for a pro footballer… lost.

HERO
Will Chris Froome serve as Bradley Wiggins’work horse again or defy team orders and go for gold himself?
The question was a non-issue when Wiggins pulled out of the Tour de France and a win more predictable than helmet hair ensued for the 2012 runner-up. He’ll always be the second Brit to win Le Tour, but it shouldn’t lessen the achievement.

VILLAIN
You better believe it, this nightmare went down this year even though it feels like it’s gone on forever.
A hero to millions, Armstrong finally sat down with Oprah Winfrey in January to admit – and attempt to justify – his use of performance-enhancing drugs throughout his career. He’s now been stripped of his career’s achievements, including seven Tours de France.

A tall glass of Porte

HERO
One for the unsung heroes here with ‘Tasmanian Devil’ Richie Porte, the Aussie cyclist making our list mostly for his work in getting Team Sky leader Chris Froome over the line in the Tour de France. In the absence of Brad Wiggins and Froome,
he also got the chance to lead Sky and win the Paris-Nice – for all the morons in sport, it’s nice there’s Porte.

VILLAINS
This episode in India gets its own box, such was its all-round stupidity. Shane Watson,James Pattinson, Mitchell Johnson and Usman Khawaja got dropped from the Test side because they didn’t do axed coach Mickey Arthur’s set homework where they had to suggest how the team could improve. Watson quit as vice-captain and buggered off home and Darren Lehmann was left to pick up the pieces.

VILLAINS
No begrudging Anthony Mundine his victory over once great fighter Shane Mosley, but the whole lead-up was such a saga it left a bad taste.

VILLAINS
British journeyman footballers are accused of match-fixing in Victorian football’s second tier,allegedly orchestrated by a Malaysian betting syndicate. Surely this is as low as it goes.

HERO
The 153rd running of the Melbourne Cup made history, as it always does, with a win finally coming the way of Australian racing’s first lady Gai Waterhouse with Fiorente. Adding to thesort of narrative that only comes with racing, the Ireland-bred horse was the only Aussie-trained runner in the first five and was ridden by Damien Oliver for his third Cup win in his first ride since returning from a 10-month ban.

Patiently waiting for the gift of life

Five Tips on How to Sleep Through the Night