Best gigs in London this week – essential concerts in the captial

Kiwi Pip Brown, otherwise known as Ladyhawke, had been toiling away under various guises before her 2007 relocation to London produced Paris Is Burning and My Delirium, two electro-laced dance-rock blasts. Her sophomore album, Anxiety, out this month, steers things towards a more indie sound.

PA-Trak headlines, supported by Porter Robinson, a live set from Sebastien, Borgore, Dirtyphonics and more at this dubstep and electro-techno mash-up night. A truly eclectic event, with more names to get excited about than is generally considered good for your heart. Expect this one to pulse.

This Berlin-styled loft party promises house, techno and dubstep into the small hours, with nothing but the coolest tunes. This monthly bash, which runs until November, boasts a special guest eachtime (other than August and November). This party welcomes Efdemin to the show.

A secret location to be revealed
electricminds.co.uk

They were the unlikeliest of rock bands – a ginger singer from a little-heard Scottish indie band, a guitarist and bassist from assorted US nearly rans, and a drummer named Butch. Yet somehow their brand of electro-rock stunned everyone – critics and fans alike – they shifted four million copies of their debut, and won Grammies on their way to world domination. Then they split. Fear not, though: Garbage are back. 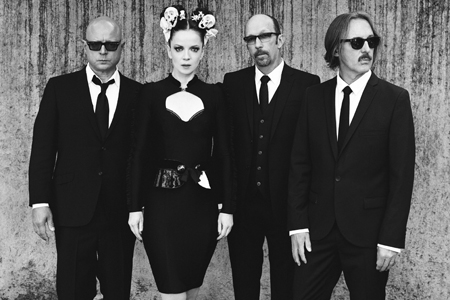 Beth Ditto and co had a standout hit back in 2006 with single Standing In The Way Of Control and the album of the same name. Their follow-up didn’t fare as well, though, but they’re back with A Joyful Noise, a pop-polished offering (and their first in three years) to reclaim that disco, indie punk crown they’d made their own.

TRIX and Streets of Beige get together for this one-off Clone night, celebrating the label’s two sub-branches, Basement Series and Royal Oak, with a house and trance night to get spring and summer underway. Gerd, Genius of Time and Serge keep the trance end up, with Dexter, Untold and Conforce heading up the house.

Everybody else had reunited, so it was only a matter of time until Bez, Sean and whoever else jumped aboard the same summer reunion train. Now clean and straight, this version of the Mondays is a far cry from their pill-popping, belly-ache ridden heyday, but Step On and Kinky Afro are still class.

Topshop sexist t-shirts ‘what breed is your girlfriend’ off shelves