Best of Valencia, Spain (in a weekend)

A quintessential Spanish city, Valencia has loads to offer the traveller, with idyllic year-round temperatures, a charming old town to explore, thumping nightlife, culture in spades, delicious local specialities and the sizzling beaches of the Mediterranean.

2011 is the perfect time to head to this beautiful city. It now only takes 90 minutes to reach Valencia from Madrid thanks to the new AVE high- speed train and this year Valencia will host the Formula One European Grand Prix and the MTV Winter Festival. 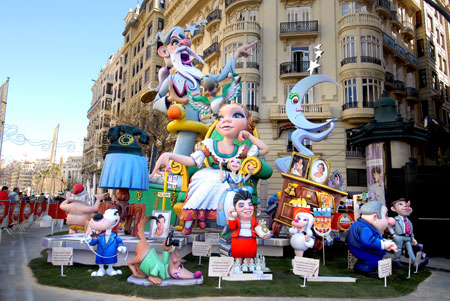 The city is poised to mark the arrival of spring with the fabulous Las Fallas carnival, which takes place from March 15-19. The festival is famed for its pyrotechnics, bonfires and parade of giant papier-mache figures that satirise movie stars and politicians, are later burnt to cinders on March 19 in tribute to Saint Joseph.

The City of Arts and Sciences is an architectural marvel and a centre for cultural entertainment in the Turia Gardens. Built on land reclaimed by the re-routing of the River Turia, the giant shell-shaped buildings include the Oceangraphic Park, Europe’s largest aquarium.

Outdoor Valencia – On your bike

Valencia’s Mediterranean climate is perfect for enjoying the outdoors and a bike tour around the city is a great way to enjoy the cultural highlights. The Turia Gardens, which run through the city centre, offer a picturesque green route through the town, past star attractions such as the City of Arts and Sciences. The historic centre is also cyclist-friendly, offering a safe and relaxing way to explore the many plazas and architectural highlights on offer.

Valencia is fast becoming a magnet for world-class sporting events. As a result, Valencia’s luxury marina has developed into one of the city’s focal points. Visitors can take a boat tour around the America’s Cup harbour, which hosted the competition in 2007 and 2010 or explore the Monaco-style Formula One street circuit, home of the European Grand Prix, which attracts thousands of spectators each year for a weekend of glamorous parties and racing. 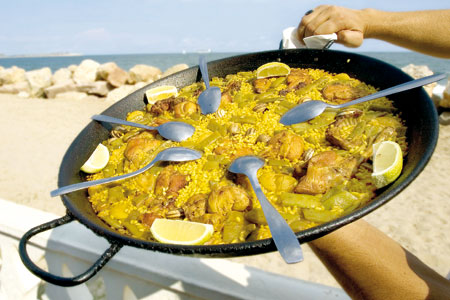 WHEN TO GO: Valencia has a pleasant year-round climate, but visit from March 15-19 for Las Fallas.
GETTING THERE: Budget airlines Ryanair, easyJet and Iberia all fly to Valencia. Alternatively go by rail or coach from Madrid or Barcelona.
VISAS: South Africans need a Schengen visa.
CURRENCY: Euro. 1 GBP = 1.18 EUR.
LANGUAGE: Spanish.
GETTING AROUND: Either walk or use local buses to cover the many sights. Taxis in Valencia are cheaper than anywhere else in Europe.
GOING OUT: A beer is £3.40.
ACCOMMODATION: Dorm beds from £10, private rooms from £17.
GET MORE INFO: turisvalencia.com