The theme was rock stars, pop stars and divas (check out the pictures throughout this story and guess who they are) and while the several hundred Bjork lookalikes, Freddie Mercury impersonators and Amy Winehouse imitators were clearly happy to entertain themselves, they were riding on a heady wave of high tunes and hedonism. 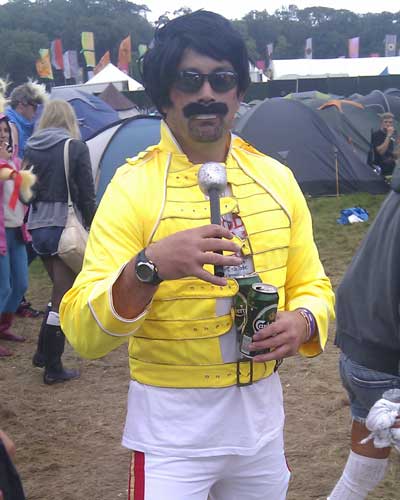 At the Main Stage on Saturday, recent Mercury winner PJ Harvey played an enthralling set, followed by the Cure whose 180-minutes of stage time burst with hits, such as Lovecats and Friday I’m In Love.

Robyn, the Swedish popstress, bounced and thrust her way through a high-energy electro-pop performance on Sunday to appreciative crowds, before they were baffled by Bjork's genre-defying set.

"These songs might not really have been written for festivals, but we don't care," said the Icelandic star, early in the set, which included an ethereal choir and visual show depicting nature. 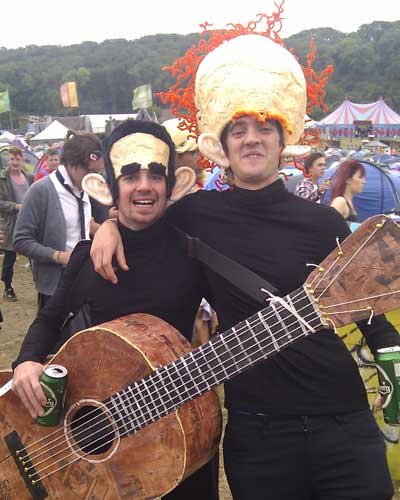 Noah And The Whale managed to capture a crowd far too big for the Big Top.

Similarly, the Bollywood Bar was rammed with fans keen to catch sets from the legendary Pete Tong, Fatboy Slim and Derrick Carter. 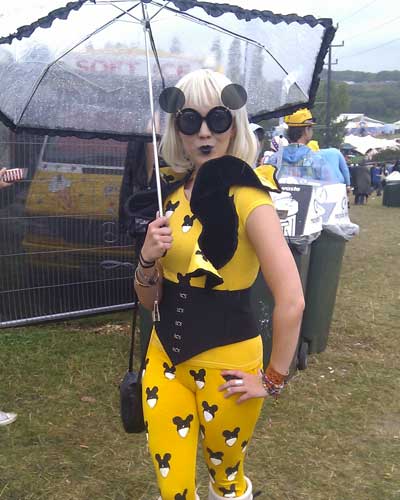 The Cuban Brothers can take credit for sorting out some weary heads on Sunday morning, with their comedy schtick and funk and soul.

The spirit of the festival lies clearly along the boundaries, however, and deviation from the main stage rewarded music lovers with memorable musical moments.

Islet and Maverick Sabre were among the ones to watch in the Psychedelic Worm and there was a huge crowd for Goldie Lookin' Chain, who with their full line-up filled the small stage of the Roller Disco. 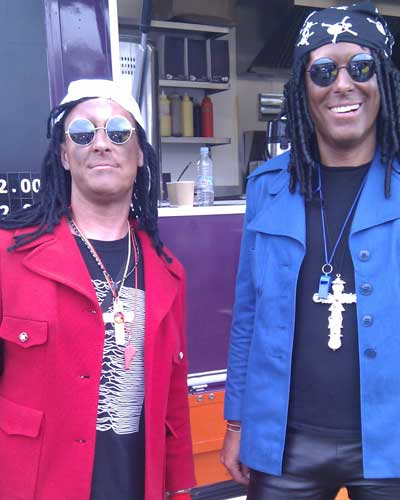 Friendly Fires conducted "a six-hour experiment into the future of dance music" by putting on monkey masks and providing laptop accompaniment to guest bands. 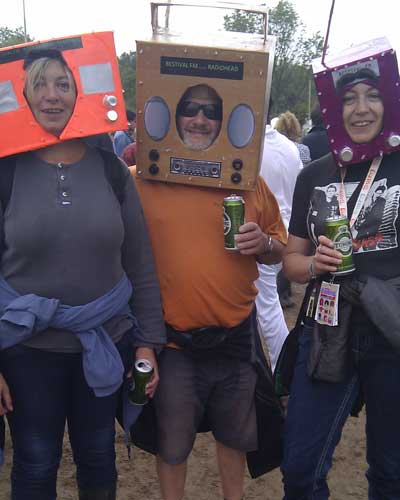 For this writer, however, it will be hard to top the very sublime moment when she and her partner were hauled on stage to accompany Son Of Dave in his hour-long set. Thrusting a tambourine in one hand and rice shaker in the other, it was the ultimate test of one's rhythm. But it didn't bear comparing to Benjamin Darvill, the former Crash Test Dummy who single-handedly brought the blues kicking and howling into the 21st century in the Swamp Shack. Bliss. 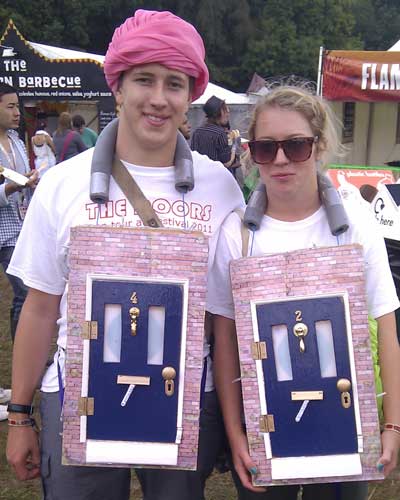 It was all about the dressing up at Bestival, with Smiffy's, the official fancy dress partner.

Five of our favourite places to stay Slovenia