Last summer he told how he slept with a pistol next to his bed and a machine gun by the window, as well as having cricket and baseball bats behind the door.

When a Daily Mail reporter spent time with the South African, nicknamed Blade Runner, in 2011, the weapons were out on display.

Asked what they were for, Pistorius replied: “Protection, brother. You can have all the guards in the world at the gate, but the problem is when they are in on the robbery.”

He added: “It’s usually safe in the guarded estates until that happens.”

Pistorius, 26, was referring to Silver Lakes where he lives in the hills above Pretoria, a luxury complex protected by a three-metre-high wall, an electric fence and guards on patrol.

It was the same house in which police officers found the body of the sprint runner’s girlfriend, Reeva Steenkamp on Thursday morning.

The 29-year-old model and law school graduate, who had been dating Pistorius since November last year, had been shot four times in the head, chest and hand.

Neighbours reported hearing screams and gunshots at around 3am, so they called the police, who arrested the Paralympian star, charging him with murder in a story which has shocked South Africa and admirers abroad.

Pistorius became a national hero, a sports icon for triumphing over disabilities. 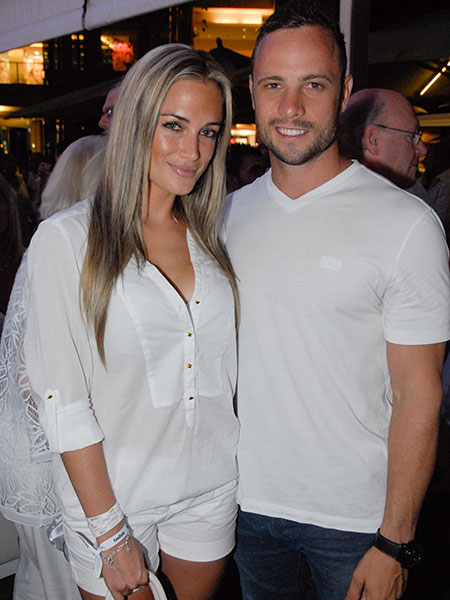 Born without a fibula in both legs, he became the first double leg amputee to compete with able-bodied athletes at the Olympics, reaching the 400-metre semi-finals in London last year.

He won two gold medals in the Paralympics, but also suffered his first loss over 200 metres in nine years.

It prompted a shocking outburst, questioning the legitimacy of Brazilian winner Alan Oliveira’s blades, accusing him of cheating, for which he later apologised.

As the news broke of the shooting, it was reported Pistorius had mistaken Steenkamp for an intruder, a Valentine’s Day surprise gone horrendously wrong.

But police quickly distanced themselves from this, revealing officers had previously been called to the address for “domestic incidents”.

A neighbour, who didn’t want to be named, said: “It is difficult to imagine an intruder entering this community, but we live in a country where intruders can get in wherever they want to.” 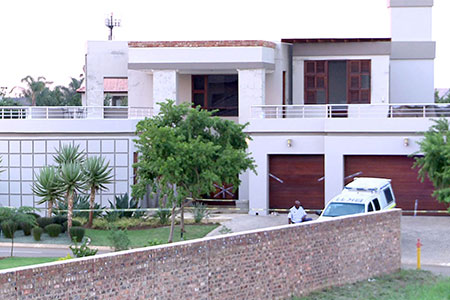 As the world waits for Pistorius to reappear before Pretoria magistrates’ court, scheduled for Tuesday, more of the athlete’s darker side came to light – a picture emerged of a man who lived dangerously, who was fascinated with guns and enjoyed a playboy lifestyle.

His ex-girlfriend Samantha Taylor once said the public didn’t know Pistorius as well as they thought, adding: “Oscar is certainly not what people think he is.”

When a New York Times reporter visited him for a feature two years ago, Pistorius took him to the shooting range.

Asked how often he went target shooting, the sprinter admitted: “Just sometimes when I can’t sleep.”

In a message posted on Twitter in November 2012, Pistorius wrote: “Nothing like getting home to hear the washing machine on and thinking its an intruder to go into full combat recon mode into the pantry! waa.” 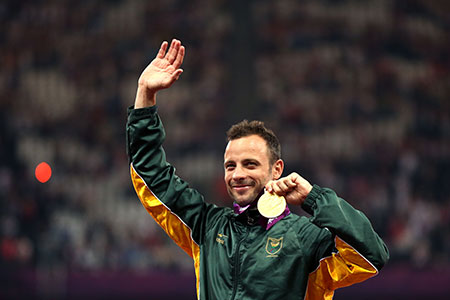 Pistorius, who was listed by Time magazine among the world’s 100 most-influential people in 2012, was arrested in 2009 for assaulting a woman, but was never charged.

Last year, it was reported he had threatened to break the legs of a man he thought had slept with his girlfriend.

“I’ve been with him when we’ve been smashed and he never seemed violent.”

And, as well as the spotlight falling on the Paralympian, it’s also shining heavily on the country’s gun laws.

According to the SA Gunowners’ Association, there are about 2.5 million legal gun owners in the country – about one in 20 people – with estimates of up to six million unlicensed weapons.

Spokesman Martin Hood told C4 News: “The teething problems in our democracy at this stage means unfortunately we just have a very high level of violent crime.

The slight majority of people who own firearms own them for self-defence.” 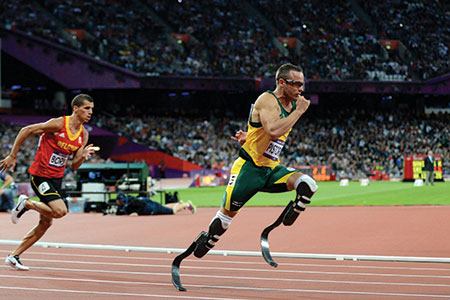 United Nations figures for 2010, the latest year available, reveal 15,940 people were murdered in South Africa, the equivalent of about 40 people every day.

And the country has the 12th-highest total number of fatal shootings in the world, outranked only by the likes of Mexico and the US.

However, far from being straight-forward to buy a gun licence, it’s considered less complicated to get one in the UK after dramatic changes in 2000 as the SA government cracked down on weapons post-apartheid.

But Guy Lamb, of the Safety and Violence Initiative at the University of Cape Town, told the Telegraph stricter laws had made the weapons more desirable to steal.

“You could acquire a firearm to protect yourself, but you could also become a target because your firearm is a wanted commodity.”

As Pistorius appeared in court on Friday, denying the charges in the “strongest terms”, Steven Ungerleider, a sports psychologist from Oregon, said: “Sometimes, you think you kind of know where people are, then all of a sudden that perception goes. I’m shocked and sad.”

But whether the latest shooting will push SA to focus on the violence rife in its country, and its gun laws, remains to be seen. 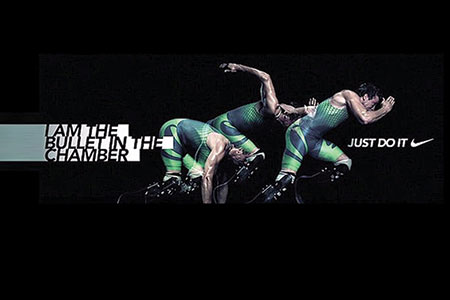 Sponsors have pulled down billboards bearing Oscar Pistorius’s image after the runner was charged with murder.

The campaigns included an online Nike advert featuring on Pistorius’s website showing him with the words, “I am the bullet in the chamber”.

The sports giant declined to say whether the relationship with Pistorius would continue, with Nike South Africa spokesperson Seruscka Naidoo adding: “It’s a matter that’s being investigated.”

The world’s most famous Paralympian also had links with BT, sunglasses maker Oakley, Thierry Mugler fragrances and running blade manufacturer Ossur in deals worth about £2m a year.

M-Net, a pay-for TV channel across SA, has  pulled a campaign featuring the Paralympian “out of respect” to Reeva Steenkamp’s family.

Other traveller reviews on Fiji