Blue plaque pub crawl: Drink up and learn about London’s most famous residents

Plaque Author of sci-fi’s The Time Machine and War Of The Worlds (below) lived and died at 13 Hanover Street. pub The Windsor Castle, NW1 4SH.

Why This Grade II listed Georgian building still has many of the original features. The turret-styled top is ultra-cute.

Drink up A Litovel Lager should get you going.
» the-windsorcastle.co.uk

Next Take the Jubilee line from Baker Street to Bond Street and then the Central Line to Lancaster Gate.

Plaque The author who never grew up, famed for Neverland’s Peter Pan, lived at 100 Bayswater Road.

Why It’s said the drinking terms ‘one for the road’ and ‘on the wagon’ were coined here. While this claim’s veracity can never be verified, it is a cracking yarn.

Drink up Down a pint of London Pride.
» swansbayswater.co.uk

Next Along the north edge of the park, take the left into Kensington Church Street to Sheffield Terrace. 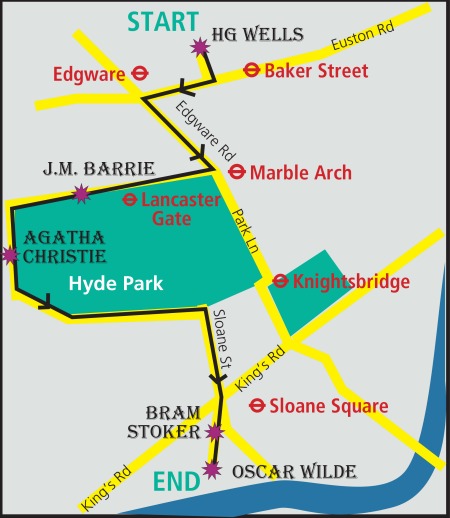 Detective novelist and playwright (Miss Marple and record-breaking play The Mousetrap) lived at 58 Sheffield Terrace. pub The Elephant & Castle, W8 4LT.WHY This local pub (nothing to do with E&C south of the river) sits quietly among Holland Park’s residential streets and is known for its award-winning ales.

Drink up There’s 25 gong-nabbing ales to choose from. Go for a New World Pale or Sunny Republic’s Shark Head.
» nicholsonspubs.co.uk

Next South down Kensington Church St, left onto Kensington High St, right into Queen’s Gate, left into the King’s Road before finally right at Smith Street.

Why The Claret Room’s red leather interior makes this a suitably Gothic destination.

Drink up Toast the macabre master with a blood-red rioja.
» coopersarms.co.uk

Next South on Flood Street and left up Hospital Road until you hit Tite Street. 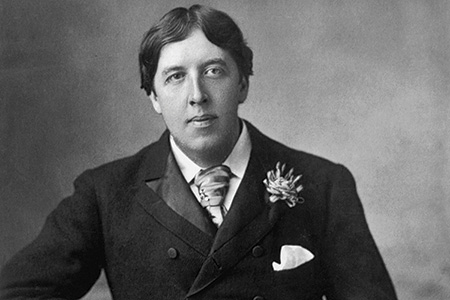 Why This Chelsea pub is best known for its epic list of drinks and there’s secluded outdoor seating.

Drink up Toast Oscar with a glass of G&T. 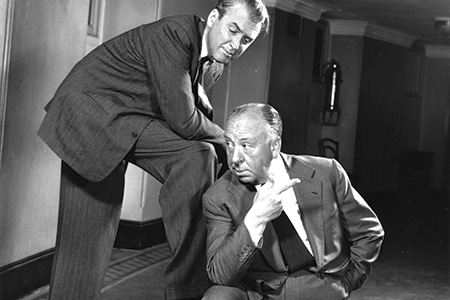 Plaque The cine-mastermind behind Psycho (below, right) lived at 153 Cromwell Road from 1926 to 1939.pub The Stanthorpe Arms, SW7 4SS.

Why This pub on the corner with Gloucester Road serves up traditional pub grub – fish and chips, pie and mash.

Drink up If the sun’s out grab a chilled Kopparberg.
» taylor-walker.co.uk/pub/stanhope-kensington

Next East along Cromwell Road then north up Old Queen’s Gate towards Hyde Park.

Plaque Comedy star and one of Michael Caine’s crew in The Italian Job is remembered at his 1 Queen’s Gate home.pub The Queen’s Arms, SW7 5QL.

Why Benny’s former local has a great selection of drinks and food – a Sunday roast mid-crawl?

Drink up Make like a Brit and grab a Stella!

Next East along Kensington Road, right into Sloane Street, left at Eaton Gate to Eaton Square. 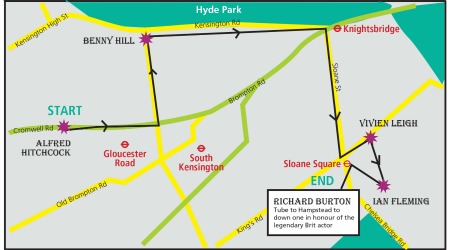 Why It began as a reading room for 19th-century locals who preferred it as a pub, which it has been ever since.

Next Along Elizabeth Street then left into Ebury Street.

Plaque He wrote the 007 books, but it’s all about the James Bond films they spawned. He lived at 22 Ebury Street.pub The Botanist, SW1W 8EE.

Why A bar in Sloane Square has expectations to live up to – this classy wine-bar-cum-restaurant doesn’t disappoint.

Drink up Try a Modena Royale cocktail with strawberries and Prosecco – the perfect summer indulgence.

Next Catch the Tube from Sloane Square to Hampstead.

Plaque The address at 6 Lyndhurst Road was home to one of Hollywood’s best ever drinkers – and actors. Burton’s thirst rivalled only his ability to marry Liz Taylor. Between stints at the pub/altar he made movies such as Who’s Afraid Of Virginia Woolf?pub The Flask, NW3 1HE.

Why It was The Thatched House in the 18th century but is now home to trendy posh types for good reason.

Drink up Get a bottle of whisky and glasses, head to the sun-soaked terrace and sit ‘til the job’s done.
» theflaskhampstead.co.uk 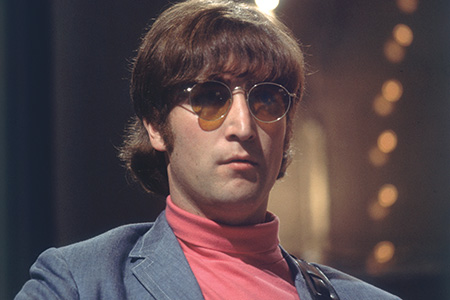 Why Has pics of the royals and slebs on the walls and Dambuster raid leader Guy Gibson’s log book on display.

Drink up Ales and lagers are the usual – it’s the atmosphere that’s so intoxicating here.
» beerintheevening.co.uk

Next South along Gloucester Place, cross Oxford Street until you hit Brook Street then take a left.

Plaque The celebrated composer (you know his Messiah) lived at 25 Brook Street from 1723 until his death in 1759. pub The Running House, W1K 5JE.

Why First built in 1738, it’s a traditional pub with class. A bar menu downstairs and a good value restaurant above.

Drink up A pint of Cornish Knockler, just for the name.
» therunninghorselondon.co.uk
Next Head east up Bond Street. 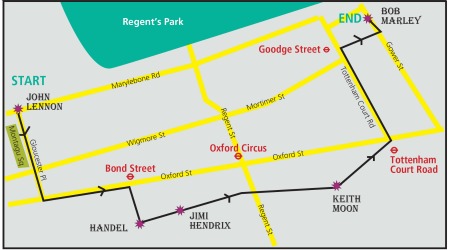 Plaque The greatest guitarist ever to live (even Clapton says so) stayed at 23 Brook Street from 1968-69. pub Hush, W1S 1EY.

Why Up Brook Street and off to the right in a cobbled courtyard is this bar, restaurant and cocktail lounge – super cool and yet affordable(ish), with al fresco dining.

Drink up One of the ever-changing cocktail creations.
» hush.co.uk

Next East along Brook street towards Oxford Circus, right along Regent Street, left into Great Marlborough Street until you hit Wardour Street in the heart of Soho.

Plaque An unofficial ‘blue plaque’, this spot marks the locale of the former Marquee club at 90 Wardour Street, where the legendary drummer and boozehound played with The Who before his death in 1978.pub The Ship, W1F 0TT.

Why The Marquee’s been rebooted in Leicester Square, so grab a pint at this Soho pub where legends such as The Jam, The Clash and The Sex Pistols have swilled.

Drink up It’s got to be IPA Fuller’s Bengal Lancer, for sure.
» shipsoho.co.uk

Next Wriggle through Soho to Tottenham Court Road Tube, then head north before a right at Store Street.

Plaque A ‘singer, lyricist and Rastafarian icon’, so reads the inscription, lived in 34 Ridgemont Gardens in 1972. A flat doesn’t really do the reggae legend justice.pub The Jack Horner, W1T 7QJ.

Why Famed for its ales and pies, and is the perfect place to settle in post-crawl to nurse a couple or more.

Drink up Duck, port and cranberry pie and a Chiswick ale.
» jackhornerpub.co.uk