“British Petroleum said today that if this spill gets worse, they may soon have to start drilling for water”
– Jay Leno

“BP
wants Twitter to shut down a fake BP account that is mocking the oil
company. In response, Twitter wants BP to shut down the oil leak that’s
ruining the ocean.”
– Jimmy Fallon

“And today at a press
conference, Obama said that the government does not have better
technology than BP. That’s a nice thing to announce to the world, that
our government has fewer resources than a company that tried to plug a
hole with a ‘top hat.'”
–Jimmy Fallon

“Scientists say they have
developed a car that can run on water. The only catch is, the water has
to come from the Gulf of Mexico.”
– Jay Leno

“BP has inserted a
siphon tube into the well to suck up all the oil from the spill. And
they’ve had a lot of experience in this area, by the way. This is the
same tube they’ve been using to suck the money out of our wallets for
the past 50 years.”
–Jay Leno

“They say the oil spill has the potential to kill more wildlife than a Sarah Palin hunting trip.”
— David Letterman 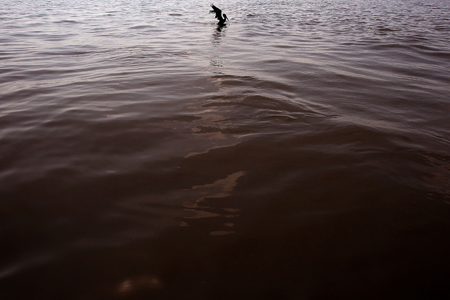