Don’t blame us. Blame FIFA for drawing the Socceroos with Holland and Spain, the finalists of the 2010 edition, and Chile, who maths hottie Rachel Riley says are the statistical favourites to lift the famous trophy in the Maracana on July 13.

Yep, the star of Channel Four’s cult show Countdown (and Oxford graduate we should add) has been poring over all the data from World Cups down the years to try and determine the eventual winner, and what does she come up with? Chile.

Apparently it all has something to do win rates, geography, climate, goal scoring averages, that a pre-tournament favourites never do well and nor do sides that are reliant on a star player.

While it would be easy to dismiss her (no offence to Chile), the logic behind her prediction – commissioned by bookmaker Ladbrokes – is reasonably sound. One of her claims is that it is best not to peak too soon and to do just enough to qualify with a win rate of between 50 and 66 percent. Chile’s qualifying win rate was 56 percent. Perfect.

And you also have to consider that no side outside of South America has won a World Cup held in South America.

The other arguments were less convincing. The fact Messi scored 11 goals in qualifying for Argentina rules them out – nevermind the fact they have players like Di Maria and Higuain.

I guess we’ll find out soon enough. The tournament starts next week.

Socceroos fans might want to give it a miss though. To cheer you up here’s a picture of Rachel… 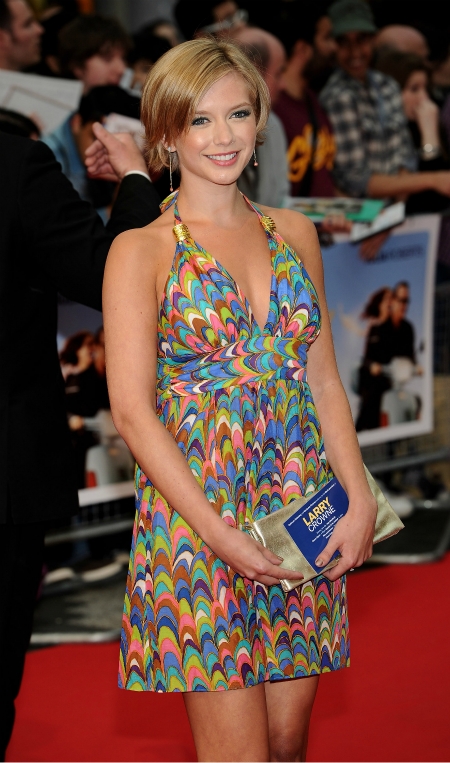 Chapman trains, but no word on fitness