The stormy scene is well and truly set for our 10-mile hike up South Wales’ highest mountain, Pen y Fan in the Brecon Beacons.

At 886m above sea level, the summit was once used by the SAS for the gruelling training of its new recruits – although they sprinted up the peak in an exercise known as the “Fan Dance”.

Considered the most dangerous peak in Wales, Pen y Fan has claimed the lives of several hikers and special forces troops who have been hit by extreme weather during the winter months.

Unperturbed, we arrive at the trail armed with a lunchbox and a map, and clad in waterproofs, fleeces, hats, gloves and hiking boots – even though it’s August. We set out along Roman Road, a well-trodden centuries-old path, flanked by pine trees. 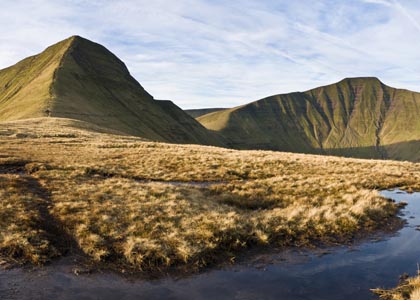 Before reaching Pen y Fan, which looms before us in a haze of black clouds and swirling mists, we have to tackle a few smaller peaks, beginning with the amusingly named Fan y Big. The drizzly weather prompts endless smutty jokes about how “wet” Fan y Big is.

As we trek up peak number two, Cribyn, a herd of wild horses gallop up over the peak and across our path, playfully fighting with each other and adding to the haunting atmosphere.

At times, the wind is so strong that we cling to rocks, terrified that we’ll be blown off the peak. Fortunately we don’t lose our footing, but my friend’s beany hat is blown off her head into the valley below. 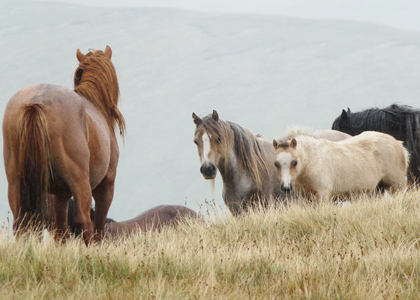 Thanks to the horizontal rain, my jeans take on a two-tone quality: half is sopping wet while the other half is bone dry. My face stings from the hail, and I’m grateful for my sturdy walking boots as I step over the slippery rocks.

Reaching the top of Pen y Fan, we find a group of school kids sitting on rocks, singing Coldplay’s The Scientist.

“Nobody said it was easy…” they croon, remarking upon the trek in the cheesiest way possible.

The mist clears to reveal a skyful of scenery: a patchwork of brilliantly green fields and wind-blown heather peppered with grass-munching sheep, who appear to cling to the almost horizontal hillside. Cameras at the ready, we struggle to fit the 360 degree scene into the view finder.

Remains of the dead

On the way back down, we come across a memorial obelisk commemorating five-year-old Tommy Jones, who died at this spot from exhaustion and hypothermia after getting lost in 1900. The boy’s remains were found after a 29-day search that garnered national attention.

Back at the car five hours later and in desperate need of refuelling, we drive to the nearby Old Barn tearooms, a high-ceilinged converted barn, where we devour Welsh cakes and cream teas, and look out of the window, incredulous as the sun comes out. 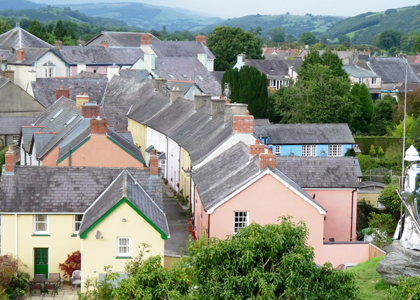 The Brecon Beacons is dotted with Postman Pat-style villages that merit exploration for their cute tearooms and cosy pubs.

On the edge of the Brecon Beacons National Park is picture-pretty Llandovery, which has an old marketplace and the remains of a Norman castle.

Right in the middle of rolling countryside is stylish Llandeilo, offering a feast of art galleries and independent boutiques. Don’t miss Heavenly (heavenlychoc.co.uk), a gourmet ice-cream parlour and chocolatier that serves up custom-made ice-cream flavours, such as Mississippi mud pie or marmalade, and gorgeous deli Salvador Deli, for Perl Las, a delicious Welsh blue cheese.

Get more info at: discovercarmarthenshire.com.

WHEN TO GO: Spring, summer or autumn. Unfavourable weather in the winter months can make the trek dangerous.
GETTING THERE: By car. Hire a car at easycar.com/tntmagazine for a 5 per cent discount.
GETTING AROUND: By car and on foot.
GOING OUT: A beer costs £2.50.
ACCOMMODATION: Camp or rent a caravan at Erwlon Caravan and Camping Park in Llandovery. Pitch a tent from £12 a night.
GET MORE INFO AT: breconbeacons.org.

Gosper backs London Games to be better than Sydney

Not North West: Kim Kardashian sends fake baby pictures to ‘close friends’ to see who will sell the them to the media