Close encounters: We go UFO spotting in the Northern Territory

I’m smack-bang in the middle of Australia’s prime Outback UFO-sighting country, it’s dark, and I’ve just realised that I really don’t want to see one.

Australia claims thousands of UFO sightings, the most famous being the ‘Valentich Disappearance’ in 1978. A young pilot disappeared over Bass Strait, between Victoria and Tasmania, after reporting an unidentified craft moving at the same speed as his plane and hovering over him. Neither Valentich or his plane were ever seen again.

The Stuart Highway slices Australia in half from Darwin in the north, to Port Augusta in thesouth. It can be a scary road.

This is where British tourist Peter Falconio was killed in 2001. It’s the setting for the horror flick Wolf Creek and the Barrow Creek sign has even been changed to ‘Wolf Creek’ by some cheeky character with a marker. It’s also UFO country.

There are a few suggestions why the roadhouse and camping ground that make up the ‘town’ of Wycliffe Well, 380km north of Alice Springs, is an alien magnet.

It’s possibly the unique pulling-power of the huge rocks at nearby Devils Marbles Conservation Reserve, or due to the proximity of Pine Gap, a CIA-run American military base south of Alice Springs. Wycliffe Well is the self-appointed UFO centre of Australia.

During my roadhouse dinner I notice another reason why UFO activity could be so strong here:the roadhouse sells a hell of a lot of beer to passing motorists.

Whatever the cause, Wycliffe Well’s roadhouse celebrates its fame by plastering all available wall-space (and more) with articles and photos documenting the local sightings. There’s even a guest book on the counter for reporting your UFO sightings. 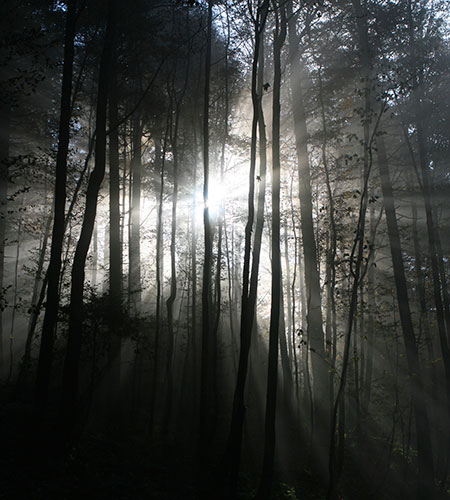 After dinner (without beer) I hand over $25 for the powered camping site and ask manager Lew Farkas if I’ll see a UFO. He responds in the weary manner of someone who’s been answering the same question for 20 years.
“If you stay up all night, you will.” Considering I’ve got a 380km drive the next day it would have been more convenient if he’d given me an actual sighting time, but although he’s seen lots of UFOs himself, I guess he’s not in their inner circle yet.

I navigate my van through the caravan park’s entrance, which is guarded by a lime green alien family next to a ‘UFO landing site’ sign.

Continuing past the larger-than-life statue of the Incredible Hulk, I park between a statue of (abductee) Elvis Presley and the huge Galaxy Auditorium restaurant that seats 300.

The toilet block, on-site caravans, cabins and even rubbish bins are covered with hand-painted murals, mostly with freaky alien/UFO images.

It’s all fun and games in the day, but will I freak out tonight? It’s low season and the 300 people are just 13. Will people hear me scream? Will Elvis save me?

As soon as it gets dark, and cooler, I perk up. I watch stars emerging, convinced they’re UFOs until they prove themselves by staying still.

Some appear to be moving, but I figure it’s the way I’m looking at them. I’ve only been watching for 10 minutes when a beam of light covers the campsite. My heart skips a beat.

But it’s a car; someone’s checked in late. I keep watching.

I’m starting to imagine green aliens trying to get me. I don’t want to look at the night sky in case the aliens see me looking and decide to visit.

I cure my paranoia by, sadly, falling asleep, although I keep waking throughout the night to take a peek.

I drive out of the park in the morning sad that I have no UFO sightings to add to the guest book. I guess they didn’t want to see me, either. 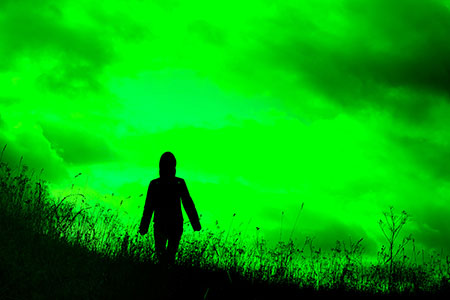 UFOs are not new to the Australian landscape, in fact some Aboriginal stories incorporate beings from the sky, and many of Wycliffe’s UFO reports come from the local indigenous community.

Tully in Queensland is another place that considers itself Australia’s UFO headquarters, so, ah, keep an eye out for UFO’s emerging from its lagoon. The region is also famous for crop circles.

New South Wales is a hive of UFO activity, with Kempsey, Casino and New England all gaining high ratings on the UFO sighting list.

Kempsey is most well known for the ‘Kempsey broken window incident’ of 1971 when a local guy was sucked through his kitchen window by a small entity standing outside.

Alice Springs is at number five on the list, but there’s another Outback hotspot. A truck driver who’s been driving the Stuart Highway for 20 years reckons he’s never seen UFOs there, however he reported being in a seven-truck convoy on the Nullarbor when night “lit up like day. Radios went nuts and all seven of us slammed on the brakes.” After five minutes it went back to night.

Victoria’s Grampians had eight sightings in six months in 2007. So why is that the aliens never seem to visit a major city?

UFO mentalists meet up once a month in Sydney to compare extra-terrestrial notes. Gabriella Lahti went along, and had a strange experience…

Every second Wednesday night of each month, the light is turned on in one of the otherwise dark rooms in Campbelltown Library.

As I approach, I see a small crowd of people heading towards the conference room. Although it is closed for the general public, anyone can visit the UFO meeting of RACE (Research of Australian Close Encounters).

New reports are being read out and private stories are being told about sightings and close encounters with aliens.

The man next to me claims he has been abducted by aliens a few times and that his doctor found a strange ceramic probe up his nose. The probe was sent to London for further examination… and went missing.

I sit there and almost wish that I had a story to tell; something about blinking lights or flashing objects or telepathic communications.

In the break of the two-hour meeting, cinnamon buns and coffee are served as people chat about aliens and UFOs.

In the other half of the meeting something strange happens – both the digi cam and my audio recorder break down and refuse to function.

“Not again,” I hear people whispering behind my seat. The spokesperson apologises and explains to me that these types of “phenomena” always happen at these meetings, where all the technical machines are in contact with the high level of energy.

“What energy?” I ask. He does not answer. He just looks at me.

As I walk out of the library into the dark night I cannot stop staring up in the sky. But all I see is stars.

This time, that is.