The former Glamorgan batsman and son of England cricketer Matthew Maynard, is understood to have stood on a live rail line, before being hit by a train.

Maynard’s Mercedes was pulled over in the early hours of Monday morning, but as officiers approached the car the 25-year-old bolted.

Shortly after, following a brief but intense police manhunt, Maynard’s body was found on the tracks at Wimbledon Park Station.

Maynard, who was apparently en-route to see his girlfriend, was announced dead at the scene. 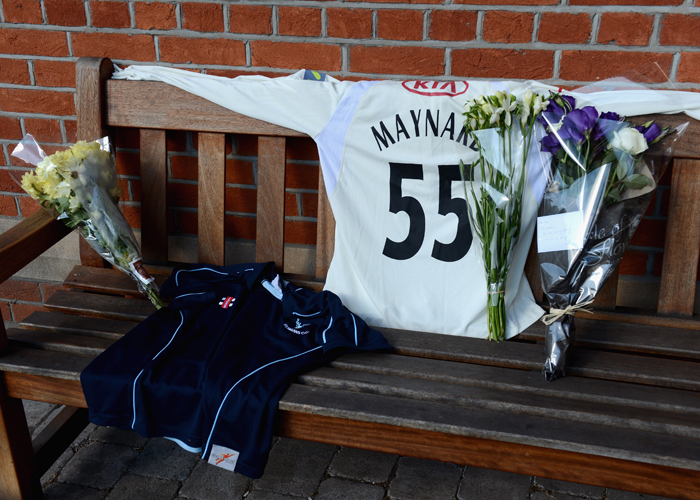 Maynard had been reprimanded by his county side for going out half way through a championship match against Sussex, but had returned for a Twenty20 match against Kent on Sunday.

Maynard’s girlfriend, Carly Baker said on Twitter: “You’re the most special man I have ever met. You made me the happiest girl. I love you always X”

The incident has been referred to the Independent Police Complaints Commission.