“I was in elevator going down and there was a crowd of people and then I saw the monkey. It was wearing a coat and a diaper. It started darting all over the place. It was scared, it was screaming.” Bronwyn Page told Toronto’s CP24.

The distressed but well-dressed monkey had somehow managed to open both its crate and the car door to go on his adventure in the flat pack furniture store, but was eventually cornered and taken away by local animal services.

The Toronto Globe and Mail described the monkey as ‘stylish but illegal’. The Rhesus Macaque monkey was indeed looking very stylish indeed, but unfortunately for his owners keeping such animals as pets isn’t legal in Canada. They were fined $240 as a result – the monkey is now in quarantine. 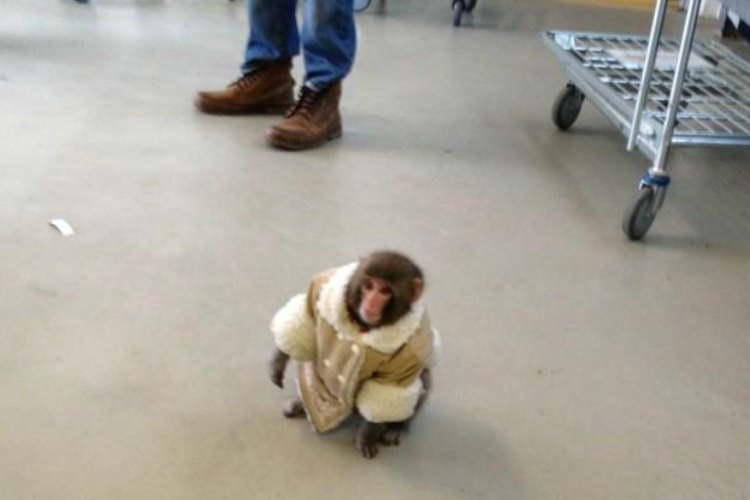 “It was pretty scared. It was a tame monkey. Nobody got hurt. The monkey was a little scared, that’s all.” Sergeant Ed Dzingala told the Globe and Mail.

As well as becoming a trending topic on Twitter in Canada, a Facebook group called ‘IKEA Monkey for Toronto Mayor’ has been created for the smart young primate, who is just 7 months old. Maybe when he grows up and leaves the nappies behind he’ll consider a political career. 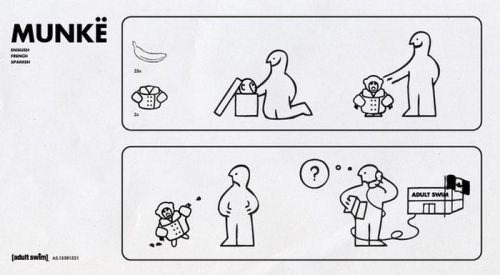 Man buys prosthetic limbs and hangs out with goats