He did, however, talk about the reforms and cuts he plans to make.

Cameron spent much of the speech focusing on Britain’s many problems, such as the country’s welfare system, low educational expectations, and a downward spiraling economy.

“I am not going to stand here a Prime Minister and allow this country to join the slide,” he said.

His changes include revolutionizing the current welfare system which he believes is not working and cutting the annual 90 million pound bill on working-age benefits. He also plans to push ahead with plans to increase the number of “independent schools in the state sector” in a bid to improve British education and challenge both teachers and students alike. 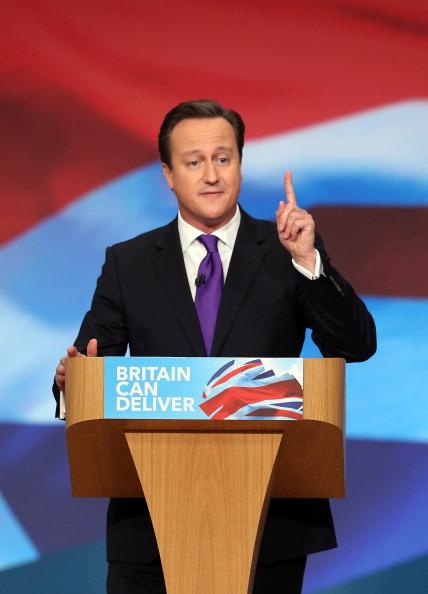 The Minister has high hopes that the country will pull through these difficult circumstances: “Sink or swim. Do or decline. Though the challenge before us is daunting, I have confidence in our country. Why? Because Britain can deliver. We can do big things.”

Cameron also took aim at the rivaling Labour Party which calls Conservatives ‘The Better Off Party.’ “I’m not here to defend privilege, I’m here to spread it,” he said in his most memorable line of the night.

Though delivered effectively and despite a moving (and well-received) interlude about his disabled father, Cameron’s speech is being criticized for not introducing new information and emulating a recent speech by Ed Miliband.

No matter how bad things get, Cameron insisted Britain was “on the right track,” saying: “Yes, it’s worse than we thought, yes it’s taking longer, but we are making progress.”

Isle of Man company offering £100million for trips to the moon

Football and finances: What can the beautiful game teach us about money?