Nicknamed the Land of Fire and Ice, the landscape is largely a plateau of lava fields, interspersed with the odd volcano, river or waterfall, all with the potent smell of sulphur lingering in the air. It’s also a country of two faces, with two very disparate seasons. In the winter you’re lucky to get 4-5 hours of daylight, but in the summer there’s effectively 24 hours of sunshine, leading to the natural phenomenon of a midnight sun.

Largely explorable via its coastline, the mostly uninhabited interior can be penetrated by guided tours during the summer months when, like a giant causeway, the snow and ice recedes to allow access to the mountainous and otherworldly region. Wherever you are, the weather can be volatile, switching from sun to rain and back in just a few minutes.

The cost of living arguably hasn’t yet reached the dizzy prices of Scandanavian counterparts Sweden and Denmark, although it’s still not the cheapest place in Europe to visit. Since Easyjet expanded its route to Iceland in 2012, the country has become a hot (or, rather, cold) spot for UK travellers, especially with fares starting at £35.  It’s also popular as a stopover for Icelandair passengers, with onward stops across North America and Canada.

There is, however, not yet a public train line, despite frequent calls for one to be built. It’s not something that you really notice when trying to get about; in fact, the absence of such a metallic monstrosity heightens the sense that you’ve just stepped into another world. Plus, with such good coach companies offering an ever-expanding list of tours, it’ll never be the case that you’re left stranded.

Given that the only flights to Iceland from the UK land in nearby Keflavik, it’s more than likely that the world’s most northern capital city will be on every traveller’s list of places to see. Reykjavik also doubles up a base for further exploration, with tours of the Golden Circle and to the Blue Lagoon running throughout the week.

The Lutheran Hallgrímskirkja church resembles the basalt lava flows of Iceland’s landscape, and is a focal point of the city. The Perlan is another landmark building, boasting a viewing deck where, on a clear day, you can see across the tops of Icelandic houses to the dramatic Mt. Esja.

At times it may not seem like there’s much of a night-time buzz, but don’t be fooled – Reykjavikians are known for turning up late to venues, with weekend nights out often not getting started until gone midnight. The vibrant Bakkus is a particular favourite amongt hipsters, while B5 boasts an extensive wine list. 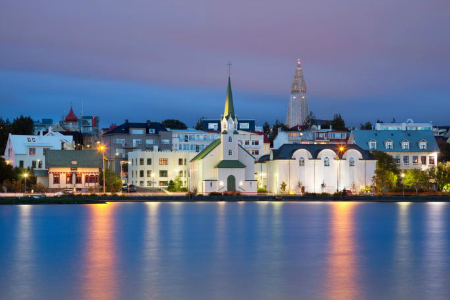 Hip and trendy, and with a covetable location in downtown Reykjavik, the KEX hostel has base rates as low as £15 for a single bed in a 10-person dorm. Meanwhile, the central Home Luxury Apartments acts as a home-from-home, with a kitchen to cut the costs of eating out. Studios go for around £134 a night.

The main dwelling for those living in the North West, ísafjörður is home to both a university as well as a bevy of sports and music festivals. The remote nature reserve of the Hornstrandir peninsula is also accessible by boat during the summer months.

People often make the trek up solely to explore the Westfjords region. Being on the tip of the Arctic wilderness, the fjords could seem rather isolating, if not for the teeming wildlife, from arctic foxes to whales.

During the day, Edinborg dishes up a selection of hearty meals, but it’s also the place to head to in the evenings for a drink or five.

Basic accommodation is available at Hotel Ísafjörður, located in the central Silfurtorg square, where a double room costs around £170 a night in the peak summer season. For a more cost-effective stay, GentleSpace Guest Apartments provides living space for up to five people, with balcony views across the mountains from £115 per night.

Taking the title of Iceland’s second capital, Akureyri sits nestled in the roof of the country, accessible via internal flights from Keflavik. As well as an important fishing region, the city is also an excellent base from which to explore nearby Lake Mývatn and the Jökulsárgljúfur National Park.

The natives know that the only real way to see the country is via Icelandic horse. A 15-minute drive away from the city is Polar Hesta where horse-back tours are available around the northern fjords. The colourful Arctic Botanical Gardens are also worth a meander round.

With a vibrant nightlife available, it’s unlikely you’ll get bored any time soon. Beer fanatics can head to the cosy Brugghúsbarinn brewery. Sjallinn is also worth a look in at weekends, although it can get packed. 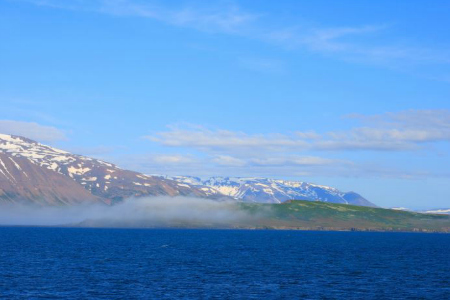 The Icelandair Hotel offers bright and cosy rooms for around £80 a night. Alternatively, for the same central location on almost half the price (around £43), consider Hotel Edda which, for most of the year, operates as uni accommodation.

Iceland’s Western outpost is the 10th most populous municipality, with only four and a half thousand residents spread across six villages. Those who make the journey over will be rewarded with sweeping landscapes and well-hidden waterfalls.

As the second largest base for Allied soldiers in WWII, the Wartime Museum in Reyðarfjördur displays an exhibition on the war from an Icelandic viewpoint. The ferry service at Seydisfjordur is close by for onward travel to the European continent.

During summer, locals can be found lapping up the midnight sun as bands from Iceland descend on the region to perform, such as at the Eistnaflug rock festival in Neskaupstaður. Winter is a bit more of a muted affair, but there’s a pub quiz at the local Eskifjörður pub, and DJ nights on Saturdays at Café Kósý in Reyðafjörður.

Eskifjordur offers some of the best accommodation options, with the waterfront corrugated-iron Guesthouse Askja Iceland providing rooms from £45 a night. If you’re really brave, put your sleeping bags to good use and get closer to nature at Eskifjörður Camping Ground. 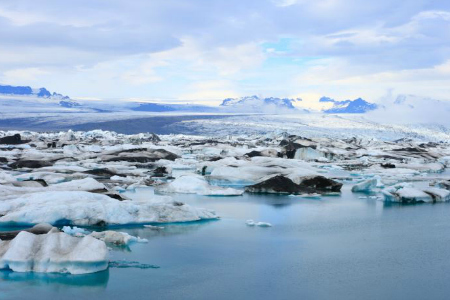 Only a few hundred people live in this coastal town, which is the most southernmost point of Iceland. The population faces dangers from the nearby Mýrdalsjökull glacier, as well as the active Katla volcano. If caught in an eruption, head for the town’s church, which is believed to be the only building able to withstand the explosion.

The Eyjafjallajökull volcano caused disruptions to flights across Europe when it erupted in 2010.  The nearby visitor centre in Þorvaldseyri offers dramatic photos of the fallout. If vivid scenery is your thing, there’s a kaleidoscope of natural wonders, from the impressive Skogafoss waterfall to the rock formations on the Dyrholaey peninsula.

It’s fair to say that Vik isn’t the place for night-time revelry – once you’ve drunk in the scenery, escape the drizzly weather with a drink back at the hotel.

The aptly named Volcano Hotel sits between black beaches and the volcano glacier of Mýrdalsjökull with rooms available from £90 per night. The Grand Guesthouse Garðakot has recently been renovated to function as modern accommodation. Expect to pay around £71 a night.

London 2012: Oscar Pistorius back in Olympic race after appeal

Laugh it up!: The inaugural London Comedy Film Festival

It’s All In The ACT