Having previously been denied entry into the US, Lennon decided to use his friend Andrew McMaster’s passport as the pair bore a resemblance.

After being challenged at JFK airport in New York by customs officials, he left the airport, entering the country illegally, then returned the next day to return to the UK using his own passport, under his real name Paul Harris.

“You knew perfectly well that you were not welcome in the United States.” said Judge Alistair McCreath during the sentencing at Southwark crown court.

“You knew that because you tried before and you had not got in, and you knew the reason for that – because, rightly or wrongly, the US authorities do not welcome people in their country who have convictions of the kind that you have.”

“With that full knowledge, you equipped yourself with a passport…And by use of that passport you did what you could to get into the United States.”

“I am told that, by whatever means, you slipped away from the US authorities, got into the country and then very rapidly – and understandably so – got out of it.” 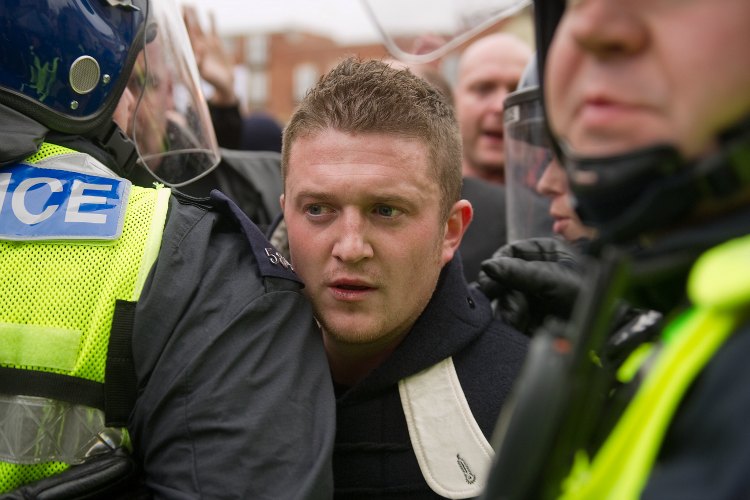 Luton resident Stephen Lennon, AKA Paul Harris, AKA Tommy Robinson, has previously been jailed for assault, public order offences and for drug offences.

Reacting to recent plans by EDL to demonstate in Norwich, Conservative MP Chloe Smith said “I do not want to see the EDL on parade in our city. I believe the EDL to be disreputable, divisive, harmful, and violent.”

“Hate-merchants like these have no place in Norwich or anywhere in Britain.”

Pop Fields brings an exciting summer of sport to the city

Art: Wotsit All About