Sweden has a lot more to it than pickled herring and blonde girls with pigtails. Here, TNT offers tips on the hipster cities of the south and west, the swanky, fairytale capital that is Stockholm, and the wonders that lie ahead if you’re brave enough to venture even further north… 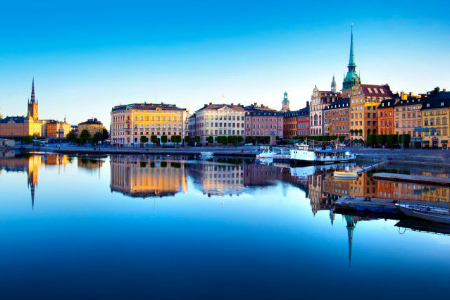 The closest Swedish city to the UK, Gothenburg clings to the west coast. You could easily call it the Shoreditch of Sweden, with an abundance of trendy bars, clubs and music festivals to pick from throughout the year. Perhaps its biggest charm, though, is the archipelago it’s based on – it doesn’t take long to be surrounded by serene islands, beaches and fishing villages. Take one of the regular ferries to the island of Styrsö, and enjoy some fresh seafood on this tranquil, car-free island.

WHERE TO PARTY: Start your partying at Pustervik, one of the city’s most popular live music venues with a varied programme of performances from local and international acts. Nefertiti is a jazz club that turns clubbier as the night goes on, with the smooth, cool vibe of New York or Soho and even smoother drinks. If cocktails are your thing, head to Norda Bar at the Hotel Post and look out for DosaIvanov, Sweden’s Best Bartender 2014, working his magic.

WHERE TO STAY:  Stay at the Pensionat Styrsö Skaret for a unique slice of island life, or at the central Hotel Royal, the oldest hotel in the city, and one with tons of history and charm.

This year’s European Capital of Culture, Umeå is 6.5 hours north on the fast train from Stockholm, just shy of the Arctic Circle. It’s a city of huge contrasts with close to 24 hours of daylight in summer to enjoy the 150 km of nearby beaches,and harsh, dark winters, punctuated by the magic of the Northern Lights.

There’s a huge outdoor art gallery in the form of the Umedalens Skulptur Park that’s well worth a visit. While you’re there, tuck into some reindeer at the Le Garage Bistro (don’t worry, we won’t tell Santa).

The city is bursting with cultural events this year, with music, art, drama, creative installations, dance and film. Highlights include the midsummer celebrations on the weekend of June 20-22, where you can help make the midsummer pole (a decorative, flower-bestooned central pole, similar to a maypole), or sit back and watch while enjoying some ‘fika’ (coffee and cake).

WHERE TO PARTY: Schlagerklubben and Cover Club form one of Sweden’s largest night clubs, with the best in Europop and dance. It has more video screens than any other club in Europe, so you’ll be in for an audio-visual experience beyond compare, which is what you look for in a good night out, we’re sure.

WHERE TO STAY: There are some beautiful summer houses in the area – some of them are available for renting on sites such as airbnb.co.uk, so check these out before booking a standard hotel, of which there are a fair number.

This is a great place to start your European adventure with a bit of Swedish flare, with Copenhagen on the other side of the (admittedly very long) Øresund Bridge. The whole region is closely interconnected, so taking the train over to Denmark could be a fun way of combining two countries and cities in one weekend. But before you leave, Malmo has plenty to offer, from the leafy groves of the large Kungsparken (with a n especially cute windmill), to the even cuter Lilla Torg (Little Square), and cuter-still tiny museum of Ebba’s House, which focuses on life in Sweden in the 1930s.

WHERE TO PARTY: If you’re a meat-lover, head to Bastard for a dastardly good feast. They’ve got a great selection of local and niche craft beers too.

WHERE TO STAY: Hotel Master Johan is right on the Little Square, with comfortable rooms that have a distinctive country house charm and an epic breakfast that feels like you’re dining at a friend’s place. There was even a yellow duckie in our bathroom. 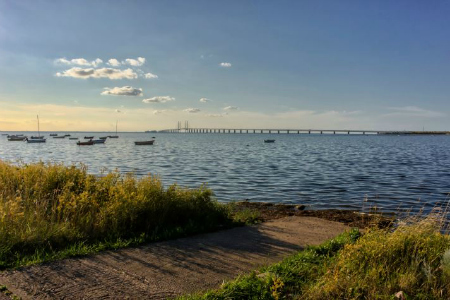 This tiny northern village is the home of the world-famous Ice Hotel, the first hotel of its kind built entirely of (as the name suggests) ice. Each year, giant blocksof ice are taken from the nearby Torne River to be crafted by a team of artists into the walls, pillars, floors and even the beds and chairs of this mesmerising project.The hotel is entirely different every year, opening from December to April, before it starts to melt as the sun returns in spring. Before this point, the structure remains below freezing, at around -5°C (23°F). But don’t worry too much – if you choose to stay here, you’ll be given plenty of layers, a long with a pile of furs to help keep yourself warm. You can even get married here, at the in-house Ice Chapel. Although,be warned, you might get cold feet (boom boom tish).

WHERE TO PARTY: When you’re up this far north you should swap disco lights for the Northern Lights. There’s also dogsledding and snowmobiling if you’re feeling adventurous.Don’t forget your thermals, and make sure you have a few vodkas before bed. To keep you warm, obviously.

WHERE TO STAY: If you’d love to check out the Ice Hotel but don’t fancy sleeping there, there’s warm accommodation close-by. The Arctic Hotel Chalet has all the mod cons, two bed-rooms and a living room where everyone can get snug.

Admittedly, no trip to Sweden would be complete without some time exploring Stockholm, particularly the fairytale buildings of the Old Town (Gamla Stan).

Sweden has stayed neutral for more than 400 years, so the war damage many other European cities have suffered has been utterly avoided. In this part of town especially you’ll feel like you’ve stepped back in time. Allow yourself to get lost down the winding alleyways and cobbled streets to find cute cafes and shops away from the main tourist thoroughfares. Built on a number of small interconnected islands, spend some time watching the boats sail under one of the picturesque bridges. Make sure you take in the Royal Palace and the Nobel Museum.

WHERE TO PARTY: Sturecompagniet (Sturegatan 4) is a super-trendy bar and club with an impressive atrium, superb lighting and big pink sofas. Alcohol is famously pricey in Sweden, so make sure you’ve had a few shots of your duty free in the hotel before you set off.

WHERE TO STAY: Stay at the HTL Kungsgatan for a boutique hotel with non boutique prices. The rooms may be on the smaller side, but they’re perfectly formed with cute, quirky features and a great central location.