Over the past 25 years, it’s established a history of incredible, diverse lineups and the sort of robust personality that means it knows exactly what it’s doing. This year saw The XX and Mumford & Sons share the bill with everything from the super shiny alt pop of Halsey, the irresistible dance of Flume and the old school cool of Iggy Pop. It might read like shuffle gone wrong, but blending a little bit of everything means it all feels special. 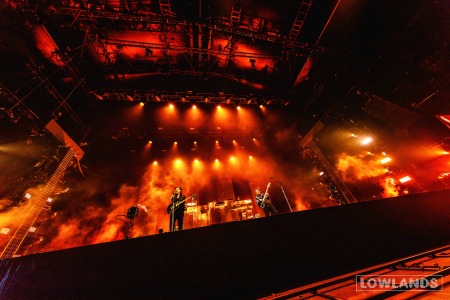 Elsewhere hot tubs and saunas stand next to trampolines, art exhibitions, Trump-mocking arcade games, and ten-at-a-time games of table football. It’s the sort of magical place where impromptu games of musical chairs will just pop up en route to see PVRIS or a gymnastics display will make you a couple of minutes late to see Glass Animals. It’ll all be OK though, everyone from the front to the back wants to have a good time. 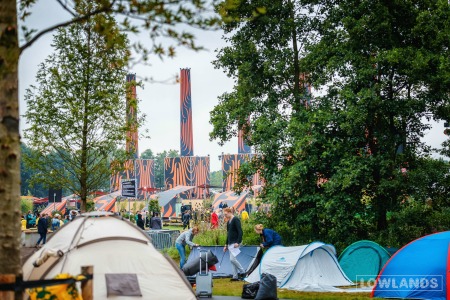 Surrounded by woods, fields and a theme park, there’s an escape to Lowlands. A sense of freedom that’s amplified by the anything goes attitude within. Sure, you’re too far out to stay in a hotel but the people at Lowlands really know how to camp in style. And who wants to leave early anyway when the late night entertainment is just as fantastic as the daylight play. A giant indie disco turns into mass karaoke as the classics blare out while all the flavours of dance make themselves at home in corners of the site.

There’s a confidence to the way Lowlands conducts itself. It’s had 25 years to get it right and as this year proved, it’s got the balance of chaos, carnage, and relaxing getaway just perfect. There’s a lot going on, a lot to get involved with and a lot to experience but all the moving parts, bright colours and different shapes align as Lowlands comes together with a wicked grin and perfect poise.

Aussie day on the other side of the world