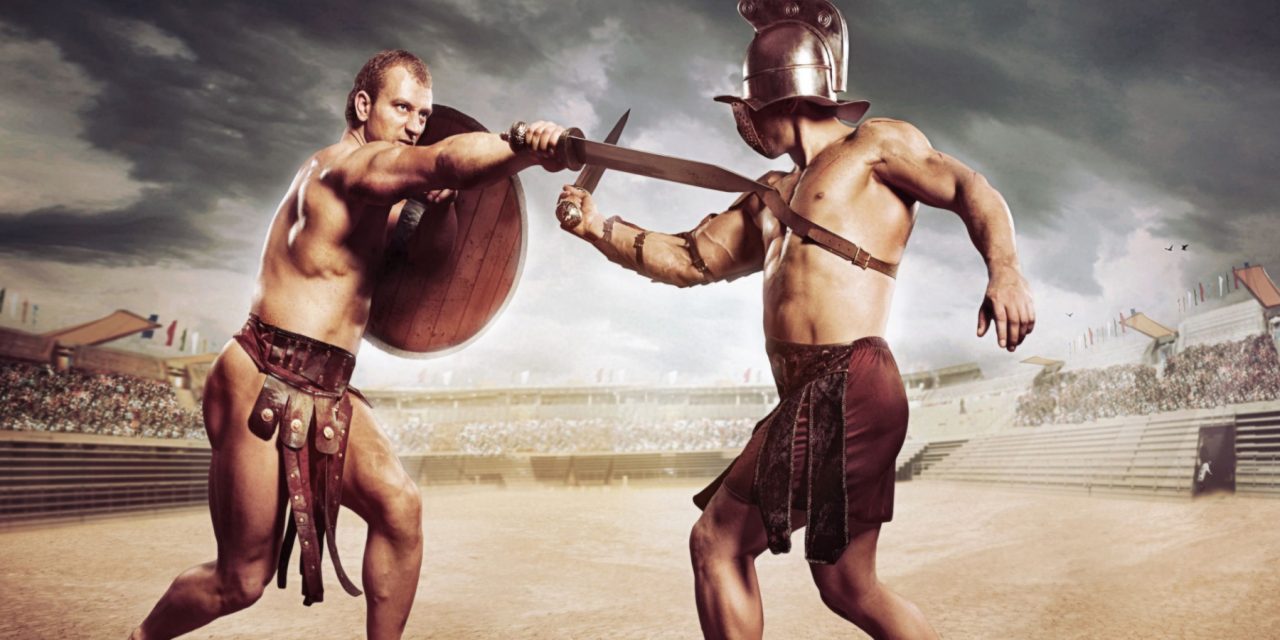 The effect, I’m sure, is amplified by the fact that I’m barefoot, covered up to my knees in dust, clad in a torn tunic, and wielding a sword (OK, it’s wooden, but I feel badass none-the-less). My instructor, Marcus Valerius, snarls at me. “You’ll get a real sword when you become a gladiator. Now, you’re only a slave. Slave!”

I get the point. Marcus, and his partner-in-arms, Hermes, are teachers at Scuola Gladiatori Roma, a one-of-a-kind training centre in Rome dedicated to preserving – through instruction – the fighting techniques used by real gladiators more than 2000 years ago. Back then, the warriors were a mix of prisoners, POWs and impoverished volunteers.

Gruesome though these contests were, gladiators who did well earned money and status. Those that did poorly decorated the amphitheatre with their entrails.

Before the lessons begin, our group of trainees do

a ‘warm up’, which entails running through the type of obstacle course you’d expect to find on The Krypton Factor. Hermes swings a sinister-looking carousel with bars jutting out at neck and knee level.

Fearing for my life, I jump and duck as each bar approaches, and curse that no story is worth a concussion or broken kneecap. Miraculously, I don’t get hit, but when I’m done, I’m streaming sweat. It doesn’t help that the heat in Rome is roasting. 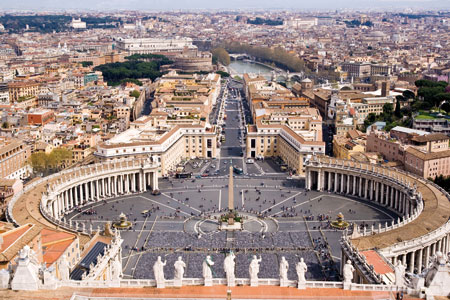 Finally, we’re each given a sword and shield. Marcus teaches us how to slice a man’s head off, how to gut him and how to make a eunuch of him. He shows us how to block each move with our shields, then lets us loose.

As we change back into our civilian clothing, a wave of what look like hairy bikers arrives. These are bonafide members, who hit up the school regularly to practise their gladiator moves.

These boys have graduated from playing with wooden sticks, and spar with the long, straight-edged gladius.

The more advanced tackle a trident while expertly twirling a net to ensnare enemies.

Seeing them makes me wonder about the real lives of these modern-day gladiators; unlike their predecessors, who were slaves battling for their freedom, or else a bit of local fame, these guys are history buffs and re-enactment geeks (albeit with a harder edge). 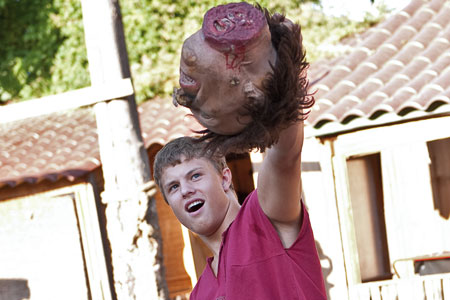 I ask Hermes and Marcus Valerius what their real names are, but they decline to give them to me. As far as they’re concerned, they are their gladiator personas.

OK, fine, but what do they do when they’re not, um, gladiators? Hermes shrugs. “I work in real estate.”

The next day, I visit where the action really happened, the Colosseum. My guide, Maria Grazia Barbieri, describes how some gladiators became addicted to the fame, and chose to stay in the job indefinitely.

“They’d get recognised on the street,” she adds, putting me in mind of how ex-Apprentice contestants must feel. However, today’s reality TV has nothing on the spectacles that took place here.

An audience of 50,000 would gleefully tune in to watch condemned prisoners get disembowelled by wild beasts, or ex-slaves
fight to the death.

The amphitheatre’s main floor is, predictably, packed. Luckily for us, few tourists seem to know that for the first time this year, the lower level – where the gladiators waited underneath the stage for their turn to come up – and the upper level (basically, the nosebleed section) are now open to the public, but only with advance booking and a guided tour. 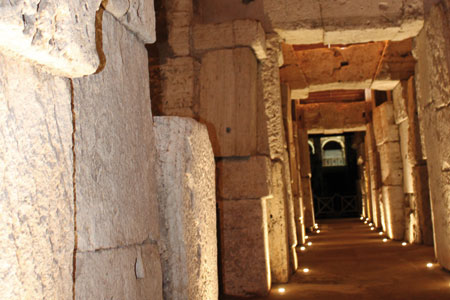 As a result, I practically have these bits of the country’s most popular tourist destination to myself.

For the first 200 years of the Colosseum’s existence, the only women allowed in were the Vestal Virgins, and these powerful ladies got to watch the proceedings with the Emperor himself (I personally find the ticket prices – a life of chastity – a bit high). Around 200AD, women were allowed to view the battles from the top galleries.

Though decrepit, I’m stunned by how much of the Colosseum is intact. At other ruins, I’ll try to visualise an entire palace from a few pieces of stone.

This is different, as are the other ancient remnants dotted about Rome, taking the place of the skyscrapers of most modern cities. I can’t help but marvel that Rome is so unchanged. Battle on, soldier.

Budget: Finding reasonably priced bites near the Colosseum is no easy feat, which is what makes Made in Sud a saving grace. Cheap eats and Neapolitan pizza by the slice make it a winner. (Via di San Giovanni in Laterano, tel. +39 06 7045 4900)

Midrange: Hostaria da Pietro dishes up excellent hand-cut pastas and swank cuts of beef in a little eatery tucked away in a side street near Piazza del Popolo. From £11.

Luxury: The faultless food at Il Convivio di Troiani (so named for the brothers that run it) is worth a splurge. The menu is classical Italian, with a few modern twists (guinea fowl served in a truffle pistachio sauce is pure decadence).

The place oozes elegance, and the food’s all whipped up from scratch. Mains from £30. 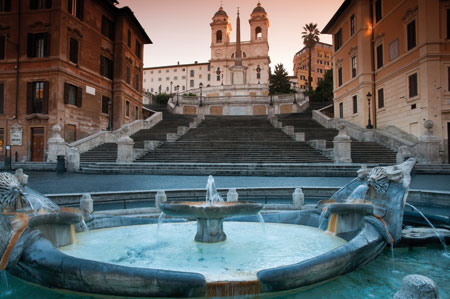 Budget: Though compact, Cul de Sac has 1500 wines on offer. This adorable wine bar has been in business since 1977, and has never wavered in popularity.

The place gets packed out with oenophiles most nights of the week, many who opt for the limited number of outside tables (advice: come early). Drinks from £2.

Midrange: Villaggio Globale makes the most of its warehouse vibe and churns out great dancehall reggae.

It’s housed in an ex-slaughterhouse, where the walls are now covered in graffiti. The beers are a cheapish £4.

Luxury: Bar del Fico is delightfully unpretentious. Patrons sip basil martinis over a game of table football while soul music croons through the speakers. Definitely one for a mellow night out. Drinks from £6.

Budget: Beehive is a hostel with flair. Run by a Californian couple who’ve lovingly decorated the place in original art and funky furniture, the place is unique, as well as good value. Plus there’s a veggie café. Dorm beds from £20pn.

Midrange: A former cardinal’s residence, Teatropace 33 is central and well-priced. There are 23 rooms, each harkening back to the Baroque era (think parquet floors and thick, wood-beamed ceilings).

In lieu of an elevator, there is an antique spiral staircase; unlucky if you have a room on the fourth floor. Rooms from £54pn.

Luxury: The Rome Cavalieri was the first Waldorf Astoria to grace Europe, and today houses the city’s only three-star Michelin restaurant, La Pergola.

One can glimpse the Vatican on the drive up, and rooms overlook the stunning Olympic-sized pool. Well worth busting the budget. Doubles from £145pn.

Monarch has launched flights to Rome from London Luton with fares, including taxes, starting from £64.99 one way, or £126.99 return. Daisy’s trip was hosted by Monarch.