Set in the heart of Sydney, Australia’s gritty Kings Cross, we meet a writer (Stuart) who comes into contact with a sex worker (Madeleine) and finds that he’s only interested in paying her to talk. Claiming to be researching for his new book, Stuart probes at Madeleine and finds himself becoming increasingly fascinated with her and her past. Madeleine obliges but keeps him guessing by toying with him. 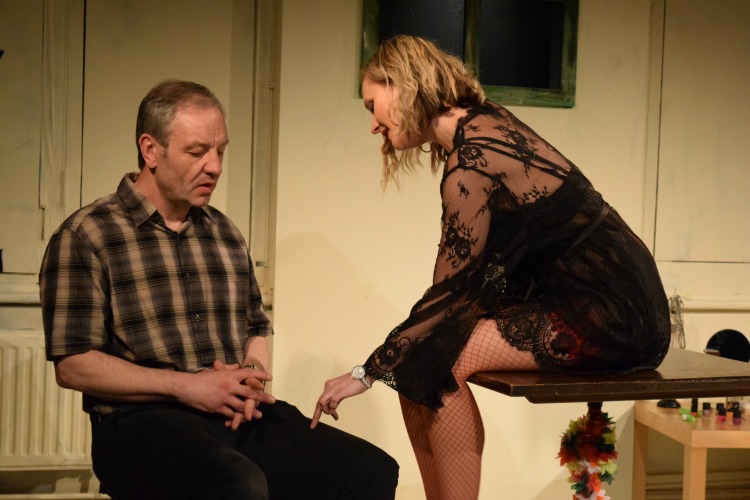 However, when Stuart’s true motives are revealed, the meeting of these two supposed strangers develops into a battle that only one of them can truly win.

“You must have wanted something. What was it? What did you dream about as a little girl? Before this big, bad and unfair world eroded your natural optimism?”

Firefly Heartbeat is a powerfully emotional and visceral play from Edward Davenport.  Davenport’s other plays include Hours till Autumn (Riverside Studios) , Sandbox (Soho Theatre) and Through the Lunchtime Smoke. Edward’s first feature film, Fear of Water (directed by Kate Lane and starring Lily Loveless and Sara Stewart) has received high critical acclaim, picking up two awards at The Angel Film Festival and continues to play a selected number of film festivals worldwide. His second screenplay, The Gilded Cage, is currently in pre-production.

“The cat-and-mouse playing between the two – or perhaps it is cat-and-cat – is gripping” Jeremy Kingston, The Times, 2010

Mario Demetriou is the Artistic Director of Bambidan productions and will be producing and directing Firefly Heartbeat. This will be the play’s first major outing for almost seven years since its premiere in 2008 at The Tristan Bates Theatre.

The production contains some scenes of mild nudity and contains subject matter that some audience members may find disturbing.  Suitable for 18+ only

No re-admittance once the performance has commenced.

LATECOMERS MAY NOT BE ADMITTED. PLEASE ARRIVE IN GOOD TIME FOR THE START TIME OF 7.45PM.

Other traveller reviews on Scotland