Forget Route 66. The ultimate US road trip for 2014 is the California loop

Starting off in LA, I’m driving along the coast to San Francisco, then on to Yosemite, Death Valley, Vegas, the Grand Canyon, Lake Havasu and Joshua Tree National Park. Fancy coming along?

The only way to drive along the coastal route to San Francisco is in a convertible. I’m told Gordon Ramsey and David Beckham are taking their Harleys along the same route that day but, despite being on the look out, I don’t see them. An hour out of LA with my hire car, I stay a night at Ojai Golf and Country Club, where Hollywood celebrities escape to, but only because anonymity is guaranteed. Still no sign of Gordon or David. 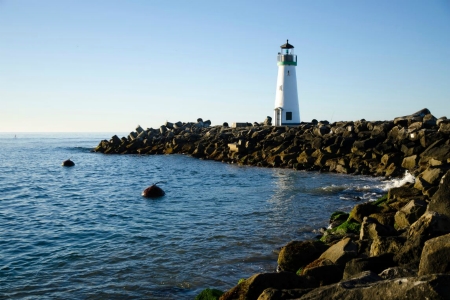 Ojai is famous for its yoga festivals and bohemian chic hippy-dom. It’s a good place to horse ride the hills or improve my golf swing, and being one of the few towns in California people actually walk around, I take a walk along the high street full of cake and crystal shops.The next morning, I decide to drive slightly inland, up in the mountains, where there is less traffic, then pass through Santa Cruz, the place where the iconic film The Lost Boys was shot (the film that made vampires hip even before Buffy was born), and then on to Half Moon Bay, which produces more pumpkins than anywhere else in the world, and also where the film The Fog was filmed (the original with Jamie Lee Curtis). I stay at Cameron’s Inn, which has a double decker bus, London taxis and red post box in the car park. They are more English than the English here.

I have a caffeine fix driving into San Francisco. The flyover into the city is so dramatic, with its glorious overview of the city, I nearly crash failing to concentrate on the road as I gaze out over the distinctive skyscraper horizon. Parking in the city is akin to parking in any major city – difficult to impossible, so I park in the Union Street car park, which at least is central and safe. I stay at two hotels, Union Square Hotel  – 1950s style and huge, with slightly altered-state staff, it has a floor that served alcohol during the Prohibition and was only reachable by those in the know. The entrance, all glass and with a mirrored bar, reminds me of the hotel bar in The Shining. The next hotel is the Westin St Francis, just across the road, where actor Fatty Arbuckle famously held wild celebrity parties and where one of his girlfriends mysteriously died. The rooms are suite-size large, oozing the dated glamour of a bygone era when the city was full of extras and all women wore gloves and hats, rich or poor.

Book a visit to Alcatraz three months before you take the trip, otherwise you won’t get in, as the demand is so high. But early booking is worth it. Alcatraz is diabolical and fascinating, the audio tour makes even the hardest to please shut up and listen as you hear about the attempted jail break, why inmate Al Capone was more popular than the then President and the real-life story of The Birdman. Cycle over the Golden Gate bridge because it’s a cool thing to do, although the bridge is not golden but ‘international orange’ (rust coloured). The Italian Quarter is wonderful. I eat an ice cream, browse the bookshops, buy a Jack Karawak, and eat a garlic-infused pizza at The Stinking Rose. I take a safari and then a Segway tour to Pier 39, which is full of tourists and teenagers and smelly seals basking. 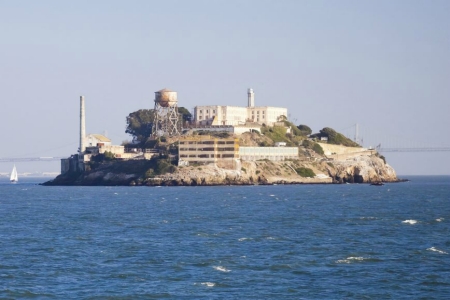 I join up with a group of eight 20- and 30-somethings in a VW van, travel to Yosemite National Park and camp. I hug the giant Secoia, some of which reach more than 25ft in diameter, only to be told touching the trees is prohibited because it rubs off the bark. The driver loses our keys so we get another van and I spot a bear with two cubs as we leave. I realise you need a week or two here not a day; the rock climbing is some of the best in the world, as are the trails.

To carry on reading about Sarah’s adventures, pick up a copy of TNT on your travels around London, or read our eMag here.

California dreaming?  Why not book your big American adventure over at TNT Tour Search?

Six of the best breakfasts in Asia