Friendly rivalry: England and South Africa find their biggest fans in each other as they fight for World Cup places in London this week

Camaraderie is common on any sporting battleground, but rarely would it be more evident between opposing teams than at the weekend when England and South Africa began their World Hockey League semi-finals campaign at the University of Westminster in Chiswick.

As eight top international teams began their campaigns to qualify for the World Cup in the Netherlands next year and the finals of this global series in Argentina in November and December, two best mates exchanged a wry smile at the handshake of their first match.

While fierce combatants on the field – and engaged in a high stakes tournament that runs in London until this Sunday – these teams have clashed regularly in recent years and formed a close bond. None more so than South African striker Dirkie Chamberlain and England midfielder Susannah Townsend, best buds who share sun and sand holidays and, from next season, will playing for the same club at Reading. 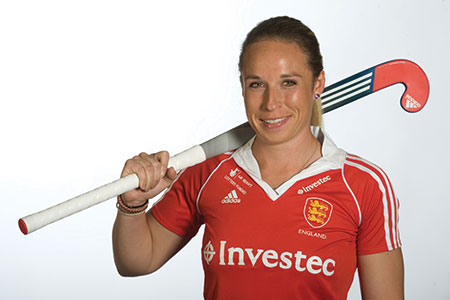 When she makes the permanent move to the UK, Dirkie will also join Susannah – and three other England representatives – at their High Wickham sharehouse.

When they’re in national colours though, all bets are off. “As soon as we’re playing hockey, we’re playing hockey, for our country and our team – she wants to beat England and I want to beat South Africa, or Australia or whatever team we’re playing against,” Susannah tells TNT. “I don’t think about my friendship with her at all beyond maybe a cheeky smile at the handshake.

“If [a friend] goes down injured, there’s nothing you can do, you just carry on with your game. That’s the job. You play hockey and you want to win. If you make her cry at the end, then so be it.”

Ouch. In a reverse of her constantly laughing off-field persona, Susannah would have been watching her back on Saturday night. Even though Dirkie plays in the forward line, she said she had no qualms in tracking back to get one over her pal.

“It’s going to be my favourite game,” Dirkie told us last week. “I’m playing against her and other friends of mine, so there’s so much more on the line. Then there’s the bragging rights to think about. I want to be able to say, ‘We’ve got one up on you’.” 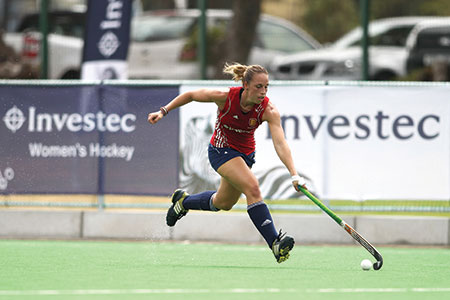 Those bragging rights will be won by now, but there’s still a big job for both players and teams to do. This is an important tournament for all sides. World hockey’s governing body has unified its competitions to make this international series matter for both teams, along with Australia and Spain who make up their side of the draw in pool B.

Ladder positions after their three group games (two played on Saturday and Sunday, with one to come this Tuesday) will determine who they play against in the vital quarter-final matches on Thursday.

The result of that game effectively decides the next year in the life of these countries. Make the semi-finals and you’ve made the top four, make the top four and you’re automatically going to the World Cup and are off to the WHL finals.

The tournament not only makes every international match matter, but presents a feast for spectators, with four top-level games each day of the tournament (tickets are sold for the whole day). On Saturday, June 29, quarter-final winners jostle for a place in the final on Sunday, June 30, while the losers also battle out for valuable minor placings.

“It really comes down to that quarter-final,” Dirkie says. “We basically have to perform well in the group games to get a good match in the quarters.”Prospective quarters opponents from pool A include the world champions and Olympic silver medallists Argentina, 2008 silver medallists China, unpredictable USA and Italy, who won their previous round of the WHL despite being seeded third. 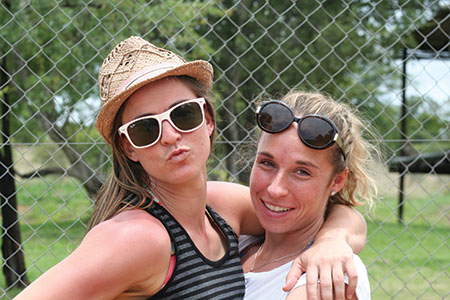 “We want to come in the top two in our pool to get ourselves an easier cross-pool game (quarter-final),” says Dirkie, who’s side is keen to make up for the disappointment of their early exit from the Olympics last year. “If you win that you go through. We have to beat Spain, that’s a non-negotiable for us. And then we have to beat England or Australia. We dream big but we’ve been training really hard and hope that we can do it.”

“We want to do really well in this tournament,” Susannah says of England, who finished third at the last World Cup and make up the core of the bronze medal winning Team GB at London 2012.

“It’s all about making the top four so we can qualify for the World Cup and also so we can make World League finals. There’s a lot at stake.”But off the field, nothing changes.

“At the end of the day we’re friends,” Susannah says. “We’ll still catch up like we normally would [during the tournament], we can’t not talk, but obviously we won’t be talking about tactics – it’ll be more like shopping and holidays and what we’re doing the week after.” 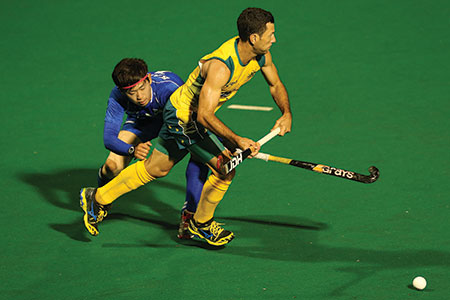 The Australian Kookaburras confirmed their place in the 2014 World Cup in the Netherlands by simply making the final play-off at the World Hockey League Semi-Finals in Rotterdam last week.

Despite a first-up loss to Belgium (1-3), Jamie Dwyer’s Aussie men had big wins over Spain (5-2) and France (7-1) before an impressive win over India in the quarter-final (5-1). That win put them through to the semi-final of the tournament, the men’s equivalent of the women’s event being held this week in London.

But regardless of their result on Friday night against the Netherlands, finishing in the top four secures them a spot alongside other semi-finalists New Zealand and Belgium in the World Cup, to be held simultaneously with the women’s competition at The Hague.

Dr Margaret Mayston Australian Woman of the Year in the UK