From the Port to the Gong: Roadtripping north and south of Sydney

For Sydneysiders it’s the age old conundrum. North or south? And we’re not just talking which direction over the bridge on a Saturday night, that’s a whole other hard-hitting article (although to surmise, we’d say avoid the north). We’re talking roadtrips. Say you’re living in Sydney, you’ve got a couple of days off work, the weather’s looking relatively good and you want to hit the road with your mates for a spot of R&R. Do you get in the car and travel north of Sydney to Port Stephens, or do you head a few hours below the Harbour to the Illawara Coast? Well, we’ve done the hard work for you. So, whether it’s up or down the coast, we’ve got your roadtrip mapped out. 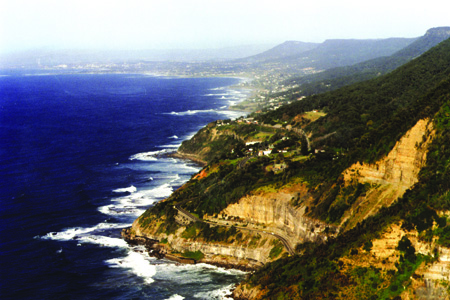 The first pit stop on your south coast roadie has to be Wollongong. The city is found between the Illawara Escarpment and the Royal National Park and has a laidback surfer’s appeal as well as an abundant nightlife due to the influx of students at Wollongong University. It’s this mix that makes it oft compared to the city of Newcastle in the north. They’re kind of like half-brothers with the same working class dad. While you’re here make sure you try your hand at fishing or surfing; or if you’re hungry, the city has an up and coming food scene where you can get more bang for your buck. Or more gong for your, nah, we don’t like where this is going.

The unspoilt natural beauty of the south coast is one of the biggest drawcards for heading down. So, if you don’t have too much time, make sure you get as far as Kiama (roughly two hours away). In fact, the drive down there it is almost as stunning at the town itself and the rugged coastline will avert your eyes from the road (be careful if you’re driving). The sheer cliffs are memorising and this is a huge point of difference to the north where the highway and countryside are massive snore-fests (again, not good if you’re driving). The name “Kiama” is derived from the Aboriginal word “kiarama”, which means “place where the sea makes a noise” – named after the town’s famous blowhole. The town is a quaint little spot, great for its world-class surf, weathering the storm of the blowhole or even heading inland a touch to do a bit of kayaking in the rivers of Kangaroo Valley.

Although it ends in a ‘gong’, it’s nothing like its woolly counterpart. Gerringong is quiet, sleepy and occupied by retirees – but don’t let this divert you – it’s definitely worth a look. You’ll find some epic surf and sweeping green farmland, as well as some quaint cafes where local art adorns the walls. The town is described as ‘where the mountains meet the sea’, and this is another unique drawcard for the south coast. Up north you’ll find it’s more like ‘where the sand dunes meet the sea’. Nearby, the even smaller town of Gerroa is a must-stop for all you beginner surfers. Seven Mile Beach usually produces soft rolling waves perfect for learning how to master the art of walking (and falling) on water. Surf Camp Australia use it as their home base for teaching backpackers this very art. 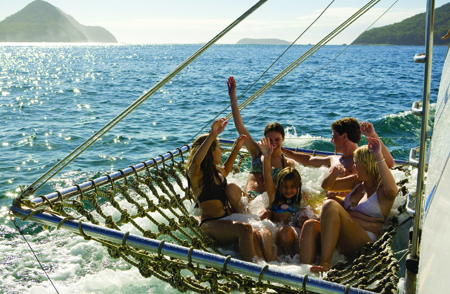 So you’ve flipped the coin and it’s landed on the north side. You’re heading to the sunny dolphin-mecca of Port Stephens, just two and half hours north of Sydney. First things first: get some good driving tunes, some good company and stock up on snacks because the drive to Port Stephens is rather barren. The Pacific Highway, while making for an easy journey, has taken the beautiful coastline scenery away and replaced it with rock face and Linfox trucks. But don’t let this put you off, good things come to those who wait – and you’ll get a short teaser as you pass by the spectacular Hawksbury River.

When you first arrive in Port Stephens, after driving though farmlands and past the oddest theme park in the country, Dizzyland, (I’ve never been but I imagine it to smell like hotdogs and spew) you’ll arrive in Anna Bay, your first stop. Here you’ll find some of the best beaches for surfing. One Mile Beach is a little more protected, so it’s better for learning how to surf, while Birubi Beach (which extends all the way to Stockton) has bigger waves, and as such, more territorial surfers. Keep Anna Bay as your base, in fact a stay at the YHA Samurai Beach Bungalows makes for an authentic Australian experience as you’ll find koalas and roos wandering the premises. While you’re here make sure you check out the expansive sand dunes – scenes from Mad Max were filmed here and it’s easy to see why they chose this location, it feels like you’re in the middle of the desert. Especially when the droves of camels waltz by. Take a walk on the back of one of these impressive ungulates, or opt for a quad bike, or even a sandboard.

Nelson Bay (don’t make the rookie error of calling it Nelson’s Bay – the locals hate it) is the heart of Port Stephens, and thus the most touristy area in town. Still, it’s worth a look if you want to indulge in some cocktails or some rather overpriced seafood fare. This is also the docking area for the many boats that rub shoulders with each other vying for your precious dolphin (or whale) watching eyes. 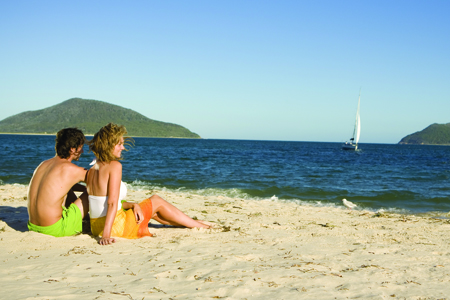 This has to be the area’s crowning jewel. It’s understated and less crowded than the other spots in the area, the pure white sand on Shoal Bay Beach is second to none, and the water is crystal blue. Pass the time by jumping off the jetty as Tomaree Mountain watches over you like an over-protective parent. This mountain is also worth climbing, the 30 minute walk to the top will give you stunning views of where the ocean meets the port. Here’s a fact: Port Stephens is larger than Sydney Harbour, but don’t take our word for it, head to the summit and check it out for yourself.

Whatever side the coin lands on you’re going to have an epic time, and we’re not about to tell you one area is better than the other. That would be boring (and biased) and besides, it’s better that you get out there and experience them both for yourself. So fill up the tank, set the playlist to ‘easy listening’, hit the road, and get the hell out of Sydney.