Gail Porter was sectioned after trying to commit suicide by cutting her arms and chest. It is the second time this year she has attempted to harm herself.

On Wednesday, TV presenter Porter was sectioned under the Mental Health Act and taken to a hospital after being found locked in her bathroom with self-inflicted slashes on her arms and chest.

Porter, 40, was reportedly in a “state of distress” when police were called to her flat.

The Scottish TV star has now been released from hospital and taken home by her boyfriend, musician Jonny Davies. She is recovering in her Belsize Park flat. Porter spoke briefly on her release and said he was “fine”. 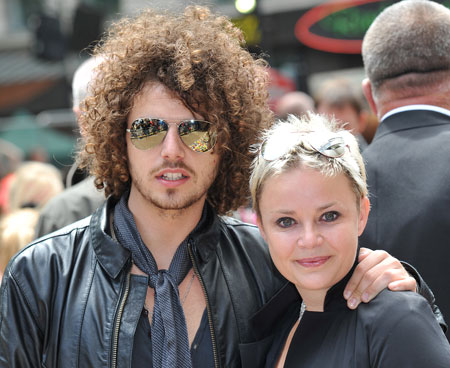 A Met Police spokesman said last night: “Officers were called to an address in Belsize Park at approximately 9pm on Wednesday evening following concerns over the welfare of a resident.

“A woman was detained under the Mental Health Act and taken to a medical facility.”

It’s not the first time that Porter has apparently tried to commit suicide. A few weeks ago she was kept in hospital for several days after self-harming following an argument with Davies.

In 2005, Porter overdosed on pills following the breakdown of her marriage to Dan Hipgrave.

At the time, Porter said that she had not been trying to commit suicide, claiming “It was a cry for help”.

She has talked about her self-harming before.

“I really needed to hurt myself. It was a sort of punishment,” she said.

Not long after her overdose, Porter began losing her hair and was diagnosed with alopecia, which doctors believe was triggered by stress.

According to friends, Porter is struggling to keep her life together at the moment.

“Gail has gone off the rails. It’s sad and she needs to be in rehab. But that’s expensive and she’s not really earning much these days,” a friend said.

Porter’s daughter, Honey, eight, is understood to be being looked after by her dad, Hipgrave, 35.

The best outdoor jobs in London