Gary Barlow and Kate Winslet awarded honours by the Queen

Barlow was awarded an OBE for services to the entertainment industry after his role earlier this year at the Queen’s Diamond Jubilee Concert along with Stevie Wonder and Sir Paul McCartney, which was broadcast to an audience of millions around the world in a windswept June.

Kate Winslet received a CBE for services to drama, and gabbed with the royal about what it is like being a mother. 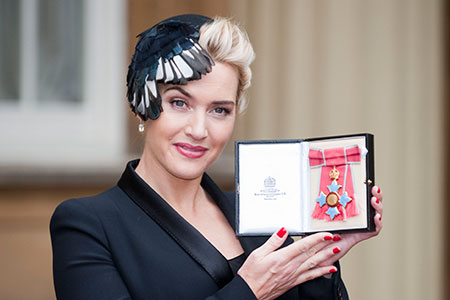 Winslet won the Best Actress Oscar for her role in The Reader in 2009 and came to attention first in Peter Jackson’s Heavenly Creatures in 1994 and in James Cameron’s Titanic, too, of course.

Panning for gold: Precious metals in poo go down the loo

Surgeons operate on their own penises