According to police, there were no suspicious circumstances around the death of the 42-year-old former football player turned Wales manager.

Prime Minister David Cameron paid tribute, issuing a statement through Downing Street: “The Prime Minister was deeply saddened to hear of the death of Gary Speed, who was greatly respected by football fans across the country both as a player and manager.” 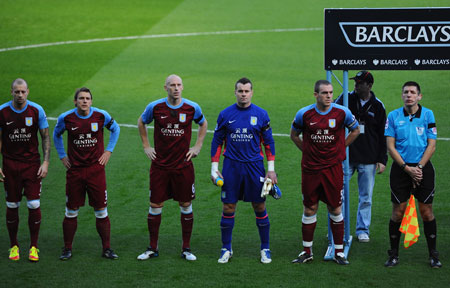 “The world has lost a great man in Gary speed I’m devastated spoke to him yesterday morning why ! Why. Why !! I’ll miss him so much x”

On Twitter, Robbie Savage Former said: “Our thoughts are with his family at what must be a very difficult time for them.”

Football player Michael Owen tweeted: “Cannot believe the news regarding Gary Speed. We waved at each other a couple of days ago dropping our kids off at school. I’m numb.”

Yesterday, a minute’s silence in honour of Speed turned into applause as Aston Villa goalkeeper Shay Given, a close friend of Speed, was seen wiping away tears.

Before the Liverpool, Manchester City game at Anfield a minute’s silence was also observed.

Liverpool player Craig Bellamy, Speed’s former Wales team-mate, was apparently too distraught to play and pulled out of the match.

Bellamy’s manager, Kenny Dalglish said that the player was to too distressed to play.

“It is devastating and it might be a cliché but these things make football secondary,” said Dalglish. “Gary was a fantastic footballer and more importantly a decent fella. There will be a lot of people saddened. The most important people are his wife and two boys and my heart goes out to them. They will get all the support they need.” 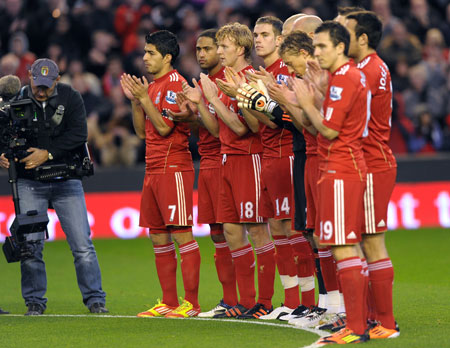 As fans and friends expressed shock that a man with Speed’s seemingly successful life would commit suicide, mental health charities have demanded more support be given to troubled sports stars.

In the wake of Speed’s death, Stan Collymore has revealed that he has battled depression.

“Around 10 days ago, I started to feel anxiety, which grew into irrational fear and insomnia for three days (little sleep and an incredibly active, negative mind) that turned over last weekend into hypersomnia, whereby my energy levels dipped to zero and my sleep went from eight to 18 hours overnight.

“So fit and healthy one day, mind, body and soul withering and dying the next. This to me is the most frightening of experiences.
“It’s me, bed and increasingly despairing thoughts of how long this one will last, a desperately tired but wildly active mind burns through its own blue touch paper until the paper ends and there is simply nothing left.

“For family and friends who are there but feel they can’t help, you can! Patience, time, kindness and support – that’s all we need. Just acknowledge the feedback the sufferer gives, get them to go to the GP and help them do the little things bit by bit.”