Glasgow 2014: England and Australia get off to a flyer as Games reignite Ashes

The auld enemies are duking it out big time with England holding six gold to Australia’s five – Scotland have four, with the next in line Canada and India winning two events each.

From the outset, the medal tally is a two horse race.

England got off to a flyer as Jodie Stimpson won the women’s triathlon and the Brownlee brothers Alastair and Jonathan claimed gold and silver. Two events, two gold. 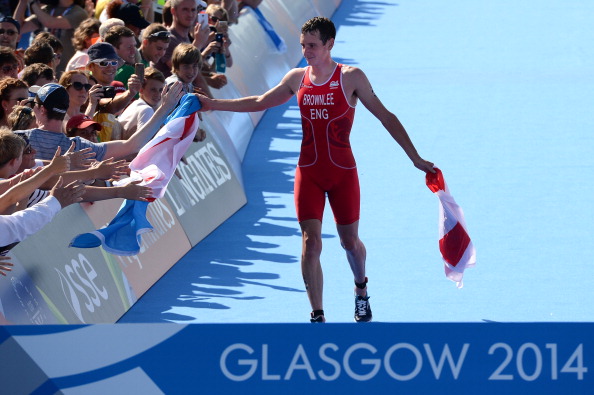 The Aussie cyclists denied Sir Bradley Wiggans an elusive Comm Games gold relegated England to silver in the 4000m team pursuit on the Sir Chris Hoy track – they are the reigning world champions so it wasn’t a huge shock and they won it in a Commonwealth record.

At the gymnastics Canada claimed the rhythmic team event ahead of Wales and Malaysia, with England and Australia in fourth and fifth.

The majority of England’s gold on day one came in judo of all places with Ashley McKenzie, Colin Oates and Nekoda Davis claiming their weight divisions. The other two decided on the day went to Scotland.

Then came the pool where the Aussies were supposed to dominate. South Africa’s Roland Schoeman had other ideas taking gold ahead of England’s Adam Barrett with Aussie Chris Wright in fourth.

Mitch Larkin though got the job done for Australia in the 100m backstroke with two Englishmen in silver and bronze.

In the para-sport events, England won the B2 tandem cycling sprint while swimming gold, silver and bronze went to Australia in the men’s 100m free with Rowan Crothers breaking a world record.

It’s hard not to imagine the relay not representing what could happen by the time this games is over, with England starting strong and the Aussies proving too powerful by the end, but it’s going to be a hell of a tussle.

Wimbledon 2012: the top players and dark horses at this year’s championship