Glastonbury Festival got off to a muddy start, with many fans pitching their tents in heavy showers. Although the sun broke through in spells, the weather is expected to remain unsettled throughout the weekend.

Glastonbury-goers have been warned that, as well as getting soaked, they may also get burned.

Yesterday Glastonbury Festival’s official Twitter page posted: “Come on Mr Sun, you can do it…”

However, bad weather has never dampened the spirits of Glastonbury and fans are arriving en masse as the music starts tonight. The bigger stages open tomorrow and headline performances include U2, Coldplay and Beyonce, Queens Of The Stone Age, Morrissey and Elbow.

Glastonbury headliner Beyonce Knowles is apparrently rehearsing for 10 hours a day to be sure she doesn’t give the haters any ammunition.

Beyonce will take to the main stage at Glastonbury on Sunday night and has been throwing herself into preparations.

"She's been working hard. She wants her and her dancers' routines to be

perfect and doesn't want to get a foot wrong," an insider said.

On Friday, Beyonce and her husband Jay-Z will head to the festival for a weekend of partying.

A source told The Sun: "By tomorrow she won't be doing any more

rehearsing. She'll be relaxing with Jay-Z and they'll head to 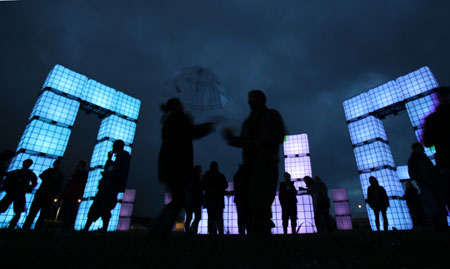 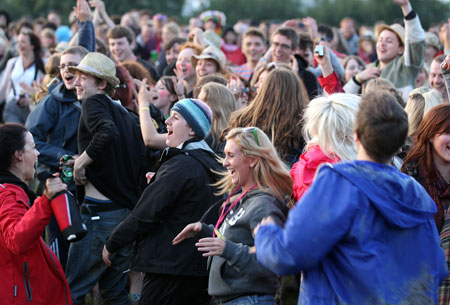 Party time at the Stone Circle as the sun set at Glasto yesterday evening. 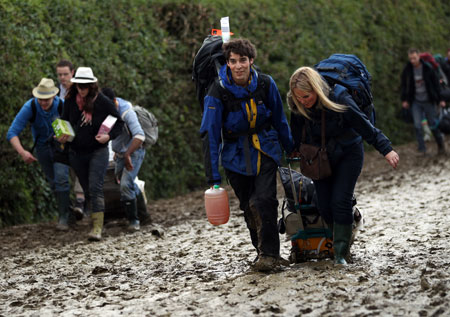 Festival goers arrive in the mud. 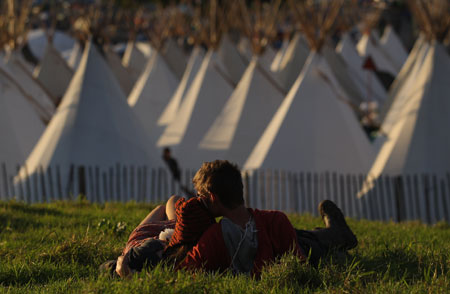 But the sun breaks through… 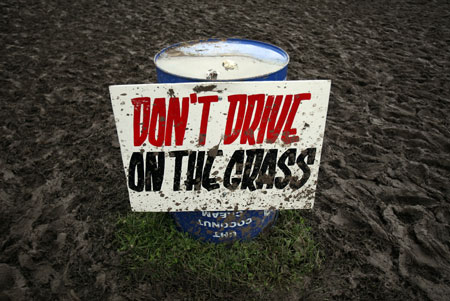 Beijing in a weekend: Enter the dragon