Halo: Reach launched at midnight last night as thousands of fans queued up outside especially opened stores worldwide. Hardcore gamers waited for up to 55 hours to be the first to take home a copy of the alien-battling XBox game, technically a prequel to the Halo series.

In the UK, more than 400 stores opened at midnight for Halo obsessives to get their hands on the game, while Halo: Reach events were held in New York, Stockholm, Seattle, Sydney and Oslo.

Halo: Reach is the fourth in a mega popular first person shooter series that allows players to battle aliens in an apocalyptic future war.

Initially created as a launch title for Microsoft’s XBox game console, Halo has sold more than 34 million copies in the nine years of its life. Halo 3, was at one time the biggest-selling game of all time although it has now been overtaken by Call of Duty 2: Modern Warfare. 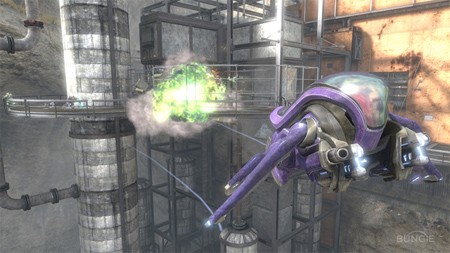 Halo can only be played on the Xbox, and is partly responsible for making Microsoft’s the best-selling game console ahead of Nintendo Wii and Sony’s PS3.

The new Halo version continues with the alien-battling storyline but puts you in the role of a super-soldier called Noble 6 as you try to protect Planet Reach.

Microsoft has spent a fortune marketing Halo: Reach. But will it live up to the hype?

“We’re able to track activity and Halo Reach is the most popular game on the site right now.

“In comparison to Halo 3 though, I’m not sure how well it will go down.

“Halo is still a very important title in the industry.

“But it will be difficult for Halo to match up to other titles, such as Call of Duty.”

If you are a Halo fan you probably already know that there’s a movie version of the game in the pipeline for 2012 with Lord of the Rings director Peter Jackson on board as its executive producer.

Anyone got their hands on Halo: Reach yet?