Emma Watson and the Harry Potter cast were in tears at the film’s final London premiere last night, as thousands of fans camped in the rain to see the stars’ final walk down the red carpet.

Fans chanted the names of Emma Watson, Daniel Radcliffe and Rupert Grint as they paid their respects at the Harry Potter And The Deathly Hallows: Part 2 premiere.|

The film is the last in the Harry Potter franchise and marks the end of an era. The cast expressed their sadness at the franchise’s finale.

Radcliffe, who has played Harry since he was 11, said: "It has been the most inspirational, bizarre, years of my life and probably forever.

"I'm so grateful for being an incredibly lucky 11 year old."

Looking stunning in a silver Oscar de la Renta dress, Watson replied: "Dan, you didn't get lucky. You were and are the perfect Harry and will be forever."

Grint, who plays Ron Weasley, said he will miss the role but not his costume.

"It is weird to think I'm not going to be wearing all that dodgy knitwear and being with Dan and Emma on the same set,” Weasley said.

Fans had camped in Trafalgar Square for days to be there for the final Harry Potter premiere. Many dressed in costume.

In a tearful tribute, Harry Potter author JK Rowling said: "Thank you for queuing up for the books for all those years, for camping out in a wet Trafalgar Square."

Despite torrential rain earlier, the sun shone down as stars of Harry Potter and the Deathly Hallows: Part II spent more than three hours signing autographs on a mammoth red carpet that stretched nearly from Leicester Square to Trafalgar Square.

TV presenter Graham Norton joked: "Anyone trying for a big premiere after this? The bar has been set very high.” 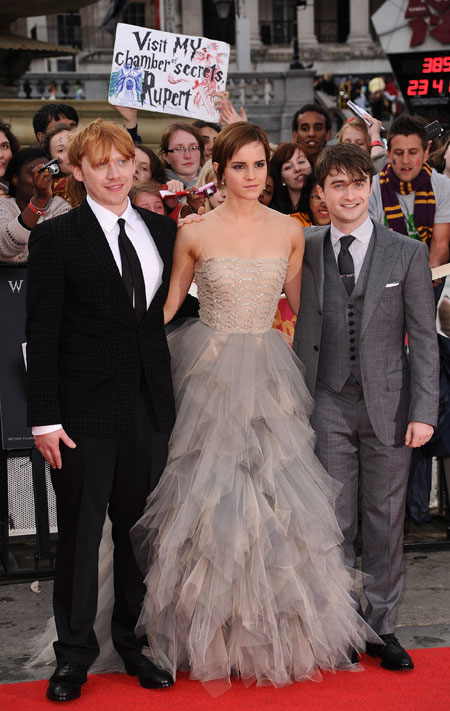 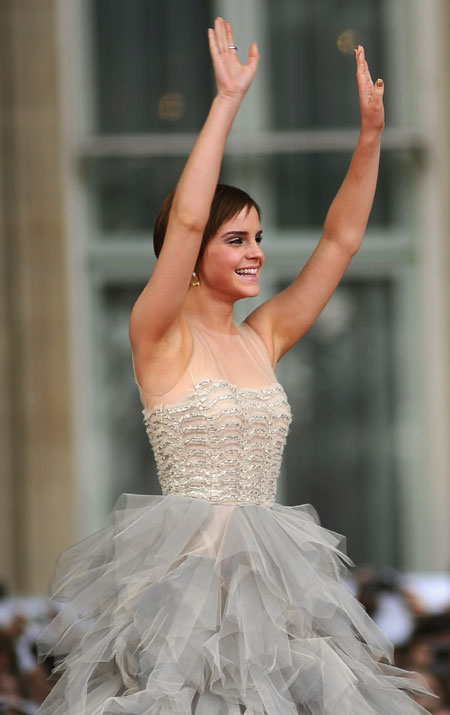 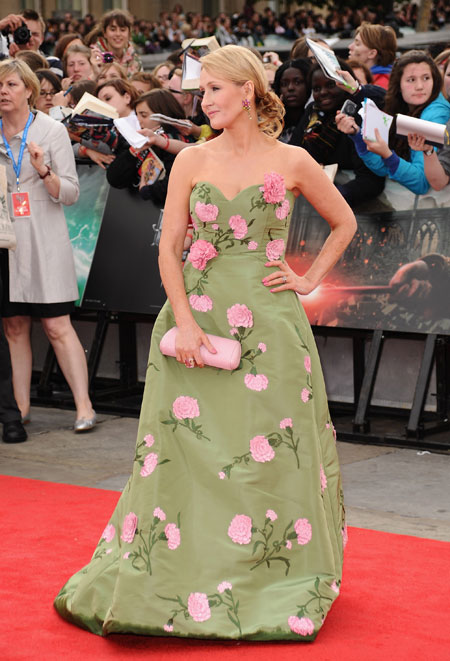 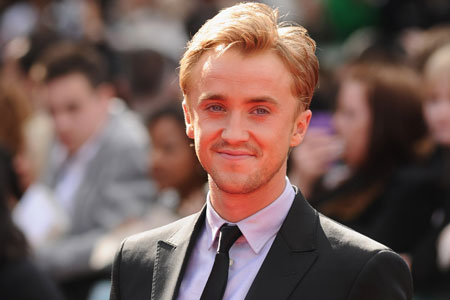 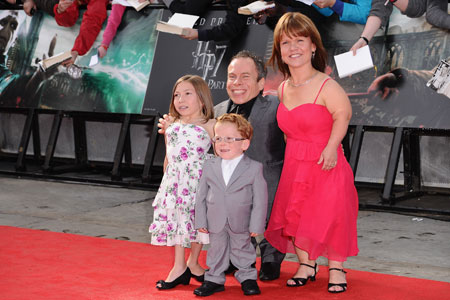 Warick Davis – who plays Filius Flitwick – at the Harry Potter premiere with his family. 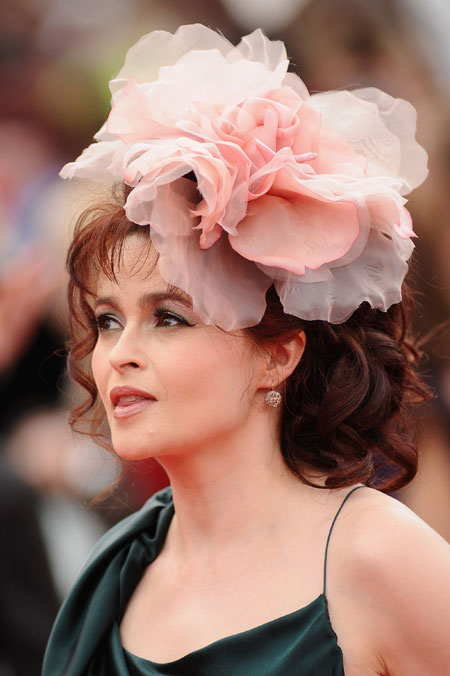 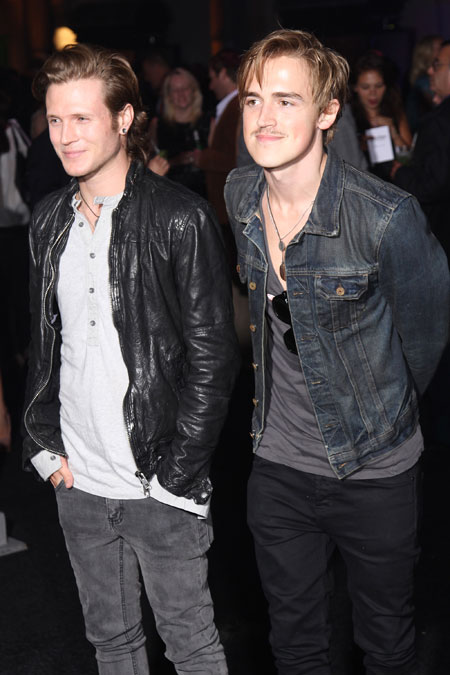 McFly's Dougie Poynter and Tom Fletcher at the premiere. 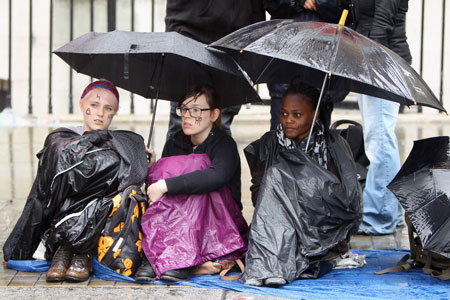 Many Harry Potter fans camped out in the pouring rain. 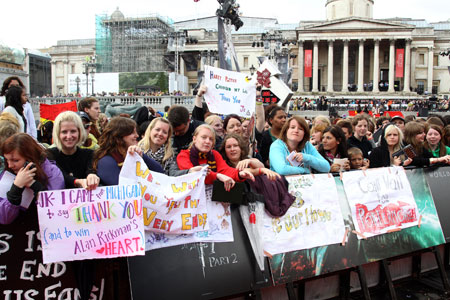 Home-made signs looked worse for wear after the deluge.

Back on his bike: Bradley Wiggins

How the regulation of UK online casinos affected land-based casinos

Theatre: A View from the Bridge