Australia fell to 8-161 and were 31 runs away at one stage from saving themselves from an innings defeat after the top order yet again failed to justify their existence in the side.

A pasting from Indian captain MS Dhoni, who scored 224 – the highest ever by a keeper – before top-edging to his counterpart Matthew Wade from Australia’s best bowler James Pattinson, proved the turning wicket wasn’t a total mine field for batsman.

But it was only all-rounder Henriques (75no) who made use of it. He went into the pavilion at stumps with number 11 Nathan Lyon, and the pair will look to make a nuisance of themselves on day five in a bid to give the Indian batsmen some sort of total to chase.

At the moment, the Aussies are 40 runs ahead.

Indian off-spinner Ravi Ashwin (5-90) had another field day after taking 7-103 in the first innings.

Australia’s baffling decision to go with just one spinner, Lyon, has been vindicated in a bizarre way, with medium-paced all-rounder Henriques saving the game. 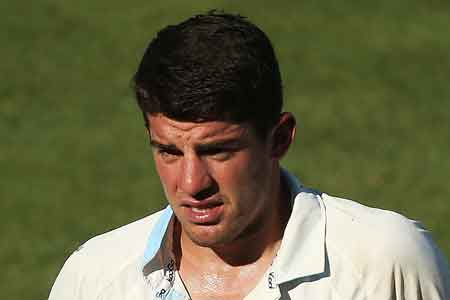 Shane Watson (17) went up the order to open – David Warner had a stomach bug – with Ed Cowan (32), while Phil Hughes failed again with a third ball duck.

Warner (23), when he came out, and Wade (8) also failed to trouble the Indian attack for any length of time and left Australia in strife at 5-121.

Yet again, it was up to captain Michael Clarke (31)  to save the day, but not even he can get a century every innings to carry his side to a competitive total.

A load of Bula