Home, even away: The best Australia Day parties in London 2013

Australia Day at The Church

This Aussie institution will be putting on its most raucous Sunday service of the year, so there’s no room for wimpy post-Oz Day hangovers.

As well as the customary cases of booze and exotic dancers, MacBackpackers and Stoke Travel will be giving away prizes throughout.

If you’re looking to do something with a more sophisticated edge on Australia Day, this special masterclass in Aussie wine might just do the trick.

The experience starts with an expert introducing you to six wines, representing a range of styles from Down Under.

You’ll then be invited to explore Vinopolis’s impressive collection of vinos and spirits, so you can make good use of the seven drink tokens included in the £50 price tag.

Allow an hour for the masterclass and up to two hours for the tasting. 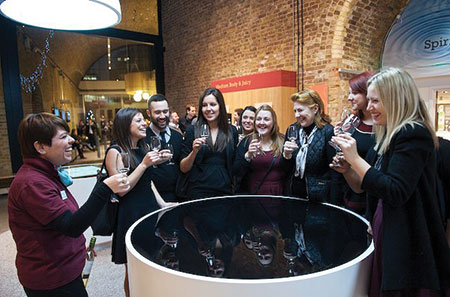 Who better to celebrate Australia Day with than your faithful old buddies TNT?

We’re putting on a stonking 12 hours of power at Infernos in Clapham, with a free VB for everyone who pre-registers on our website, kangaroo boxing, and a best-dressed competition that could see you win £1300 of prizes from Busabout. Sweet. 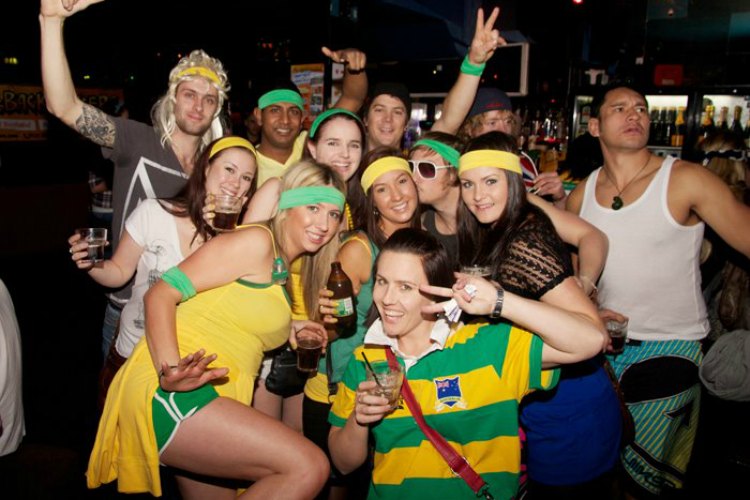 Get an early start (the party begins at 9am) and enjoy £2.95 mojitos all day, a free sausage sizzle, and DJs spinning tunes to get you on the floor (though you may end up hitting the deck without their help thanks to the cheap drinks). 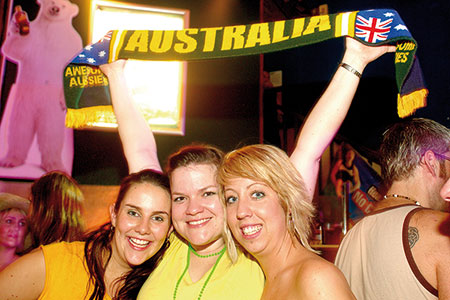 Start with brekkie from 8am at this She Bu staple and stick around for live music and DJs throughout the day, including party band the Bondi Beach Bums.

London’s Draft House collective of pubs has gone mad for Aussie craft beers in the run up to the big day, serving the likes of Fremantle’s Little Creatures (from £3.75), plus a special Ute Burger with pickled beets and Kylie’s Meat Pie (both £9.75).

£3.75+. Until January 26, times vary
Check the website for details
drafthouse.co.uk

Read more: Home, even away – Where to spend Australia Day in London this January 26, 2013 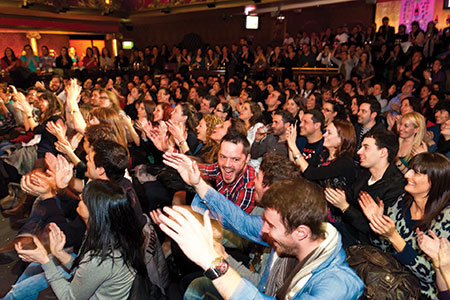 An Australia Day party at an Irish bar? Why not?

Waxy’s is planning a day of Aussie tunes, food and drink, plus bring along your Australian passport for special discounts and offers.

Why only party for one day when you can keep going for three?

Gigalum is doing it up right with a weekend of Aussie shenanigans, starting on Friday 25 and pushing on through to Sunday 27.

There’ll be Aussie DJs playing sets from 3pm until 11pm each day, discounts on grog from Down Under and a live feed to the motherland. Steel yourself. 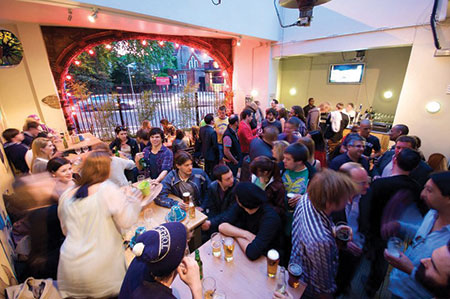 This sports bar’s Australia Day spectacular starts with a movie marathon from 1pm, showing The Castle, Strictly Ballroom, Muriel’s Wedding and The Adventures Of Priscilla, Queen Of The Desert back-to-back.

Then there’s live music from 10pm courtesy of The Punching Preachers (think modern and classic rock covers) and an all-day Aussie menu offering up the likes of kangaroo steak and pavlova.

Dust off your thongs, unleash your mullet and get down to The Larrik Inn (below) for some Down Under fun.

On Jan 26, feast on BBQ grub and Aussie snacks, enjoy drinks promos, and dance until late to music from bands and a DJ.

And be sure to make an effort – there’s a prize for the best-dressed. As the poster says: “You’d be a flamin’ galah to go anywhere else!”

If you’re hosting your own Oz Day-themed party, make sure you stock up on authentic goodies and impress your guests.

At The Australia Shop, you’ll find everything from Twisties and Shapes to Fantales and Vegemite.

Don’t forget to grab a bottle (or three) of Bundaberg Rum to really get the party started. 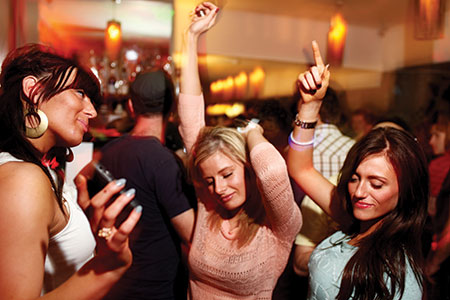 Laugh until you’re sick at this comedy onslaught with a line-up bursting with top Aussie names.

The Comedy Carnival will kick off with Big Colin Cole taking to the stage, followed by Benny Boot throwing in some hilarious one-liners, while Pete Jonas is third on the bill.

MC for the night is Andrew Roper. Booking recommended.

Pre-order your lamingtons from Kaffeine, which also does proper coffee and super-moist blondies. 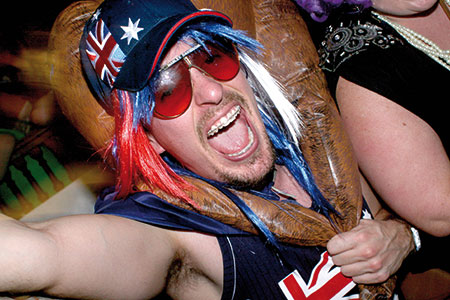 An Aussie-themed games room, pie-eating comp and karaoke are just a few highlights at this mega all-dayer, with all proceeds going to the Australian Red Cross to help those affected by the bushfires.

Kick off the party early with a 9am start at this boozer. Scoff Aussie burgers and pies, down pints of snakebite or Bundy and cokes for £2.95, then dance the night away to music provided by DJs.

Enjoy a special Aussie menu for one day only at this Aussie-owned eatery, offering up tastes of home including kangaroo salad and lamingtons. Two courses for £24 or three for £27.50. 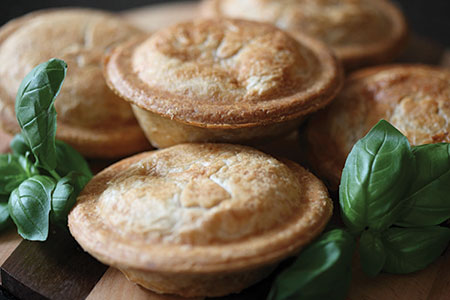 Straya Day just wouldn’t be the same without chowing down on some good ole Aussie tucker.

And if it’s a bursting-to-the-brim pie you’re after, Jumbuck’s is the place to go.

Or bag yourself an Australia Day pack (see southerncrossdeli.co.uk) filled with snacks and treats.

Chomp on a special Aussie burger at the Chiswick & Harrison’s in Balham; munch on special Aussie grub and dance to top music from Down Under at The Phoenix in Chelsea; or pull on your best party gear for a fancy dress BBQ at the Coat & Badge in Putney.

Fancy something a little more upmarket? Head to The Duke Of Clarence, on Old Brompton Road, for a special on Yalumba. Sorted!

Times and dates vary,
Check the website for details
geronimo-inns.co.uk

Read more: Home, even away – Where to spend Australia Day in London this January 26, 201

Where to go for Sunday lunch in London