Home, even away: Where to spend Australia Day in London this January 26, 2013

An Aussie who says they never have a longing for home – whether it’s for sun, schooners or a day not getting asked “Why are you here when it’s summer there?” – is bullshitting.

But that doesn’t make us love London with its plentiful awesomeness any less. And being a great friend to Oz, it’s easy to get a taste of Australia in the Big Smoke without straying out of sight of the Thames.

Here’s how to spend a turbo Aussie-style day …

09:00 The full English is great (cheap and huge), yet Aussies are a bit snooty about brunch.

The reason is places like Soho’s Down Under-run Flat White, where a proper rich and strong flat white with creamy scrambled eggs on toast (£4) with your choice of trimmings (bacon, smoked salmon, sausages or creamed mushrooms, £2, tomato and avocado for £1 more) are done right. 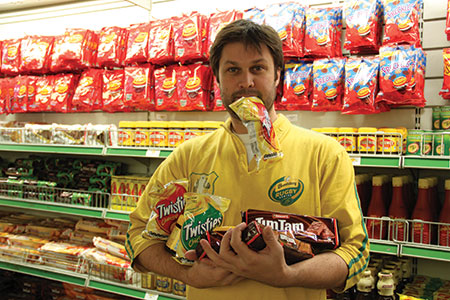 10:30 Now duck around the corner and fill your swag (or backpack) with a stack of goodies from the Australia Shop.

This place has been around for 35 years and has all the faves from home. Plus, when we turn up, there are a stack of Kiwis browsing, so it feels just like Sydney.

11:30 The Aussie yob stereotype exists, but unless there’s a bottle of Bundy involved it’s a bit of a wind-up, right?

Let’s prove it with a trip to the Tate Modern – see Sir Sidney Nolan’s 1950 masterpiece Inland Australia on level 2.

If art’s not you, go for some religious worship at the MCC Museum at Lord’s – it’s packed with Aussie gear, such as kits used by Donald Bradman and Shane Warne and the real Ashes trophy.

Or, any day, see one of the excellent fishmongers for a kilo of prawns and beer geniuses The Rake Bar for a few Coopers or Little Creatures (and grab a few extras for later). Perfect. 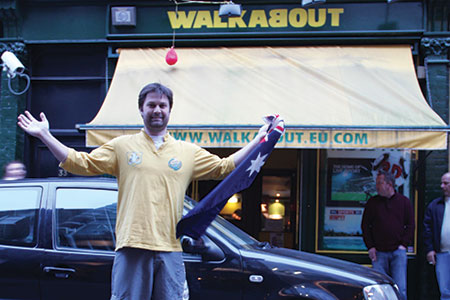 15:00 The Australian War Memorial at Hyde Park Corner is a short but well worthy stop.

It pays tribute to 102,000 Aussies who gave their lives for the motherland in WW1 and WW2.

It’s made of granite from Jerramungup in WA, so this is literally a slice of home.

16:00 Now you’re in one of the coolest parks around, reach into that backpack of yours and pull out the Sherrin or a Frisbee – it may be ball-shrivellingly cold, but it wouldn’t be an Aussie day out without them.

Here is where those extra brews you bought will come in handy. Put on the beer jacket.

18:30  Don’t work up too much of a sweat, you’ve got a slap-up dinner to attend at The Commonwealth Kitchen (searcys.co.uk) in Wandsworth.

The Brit restaurant’s menu is inspired by their far off lands, and in Jan head chef Oliver Tobias looks to the Australian summer’s seafood and barbies for inspiration. 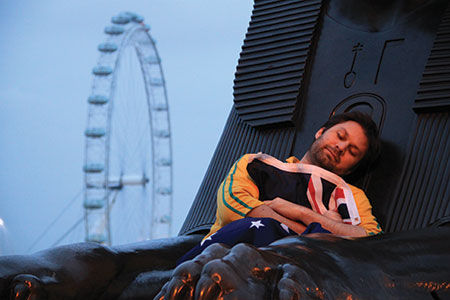 20:30+  Now you have a choice, keep moving southwest for a snakebite-fuelled crawl of the most Aussie-loving pubs (turn over for examples) in London or to Mayfair for a Down Under-themed karaoke sesh.

The new Karaoke Box has stacks of Oz rock (the Mentals, the Oils and AC/DC), pop (Kylie and Peter Andre) and others (Nikki Webster? We shit you not!).

Don’t leave without a chorus of Slim Dusty’s Pub With No Beer.

FriendsFest returns to the UK

A moment in time

Skylounge – bar review: ‘Perfect place to get high in London’