They were taken as the suspected gangster appeared in court to face several weapons charges.

And, looking good in an orange jumpsuit, he got some bad news: he was charged with ‘felon in possession of a fire arm’.

The hot convict who shot to fame after his police mugshot went viral faces up to 10 years in jail. 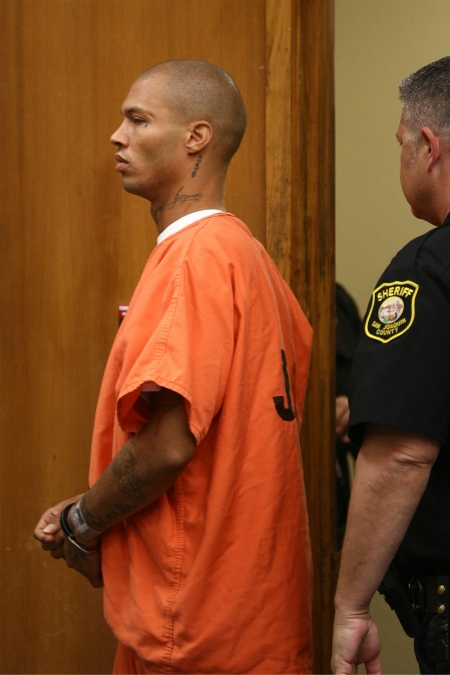 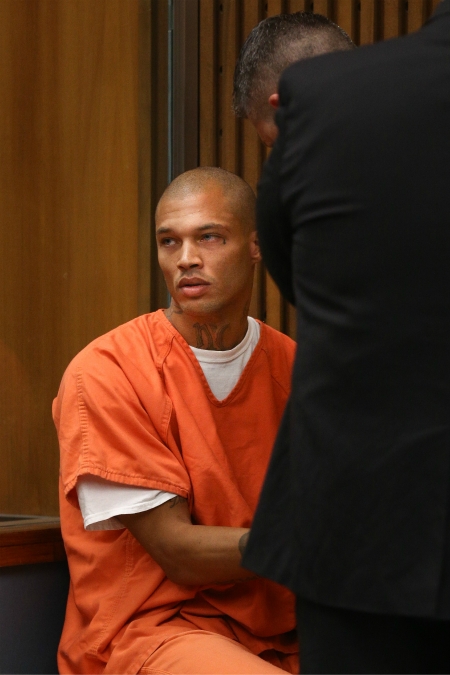 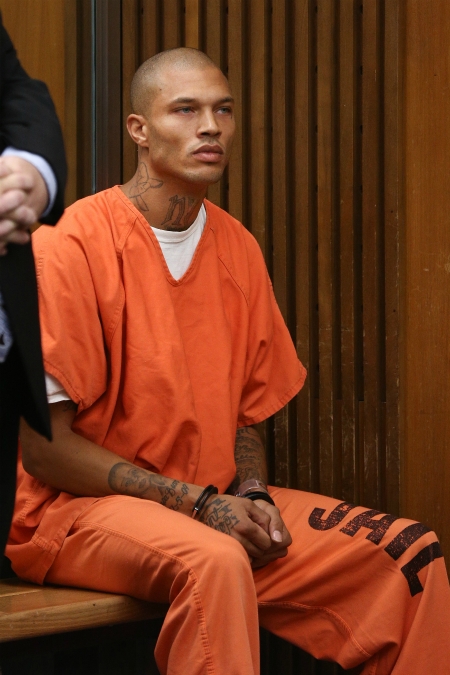 An eagle-eyed member of the TNT staff reckons hot mugshot guy – who has modelling agencies racing to sign him (convict is so hot right now) – looks like former England striker Jay Bothroyd. Agree? 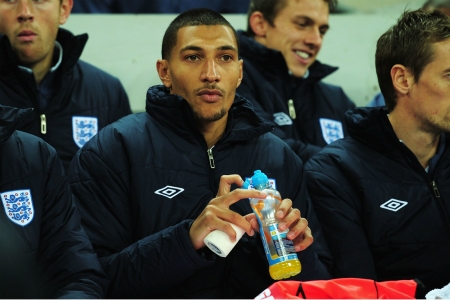