How Has Online Bingo Innovated on a Classic Game?

The way of playing bingo remained the same for a long time, but the relatively recent introduction of online bingo changed that. What caused this, and what has the effect of it been?

Bingo as a Small-Town Community Game

It was in the 1960s that bingo halls began to appear in the UK, mainly in small towns and provincial cities. The main reason for this was that television was starting to take a grip on the nation, causing cinemas up and down the country to lose customers. 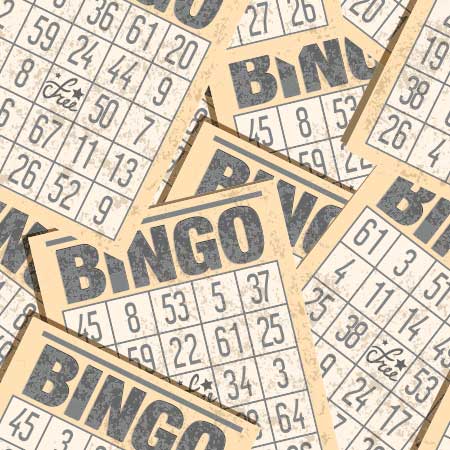 The Queen’s Coronation in 1953 was a breakthrough, as many Brits watched an event on TV for the first time. After this, audiences grew regularly, as more programmes were made and an ever-greater number of people stayed home to watch them.

For instance, in 1966 a record-breaking 32 million viewers watched the World Cup Final. This is likely to be far more than how many will tune in to see England’s progress in the 2020 European Championships, whenever the event is finally played.

The cinema-owners discovered that converting their buildings into bingo halls or bowling alleys was more profitable than showing movies, although some decided to still do this at the weekend. Even the classic James Bond movies of the 1960s and 1970s were eventually seen by more people on TV than in the cinema.

It proved to be an inspired move, as people flocked to these bingo halls for a different form of entertainment.

The relaxing of Britain’s strict gambling laws at this time also helped to pave the way for bingo to go mainstream. The Betting and Gaming Act 1960 made it legal for additional types of gambling in a variety of locations, meaning that bookmaker’s shops and bingo halls sprung up in most towns.

Bingo players quickly took this game to their hearts. They enjoyed the thrill of trying to win cash prizes, but it was the community aspect that really helped it to become as popular as it was for several decades.

At its most popular, there were close to 2,000 bingo halls spread across the UK. It was played mostly in smaller towns, but the majority of Brits had a bingo hall not far from them. As the industry grew, custom-built bingo halls were constructed and new technology was used to modernise the game.

However, the classic elements of bingo and the social aspect remained largely unchanged. For many years, a trip to play some bingo games with friends was the highlight of many people’s week. It was about a chance to catch up with friends as much as the game itself.

The turn of the century saw a dramatic shift in this industry. The smoking ban in live venues threatened to put an end to the UK’s love affair with bingo. When this ban was introduced in 2007, the number of weekly players was at three millionbut dropped steeply.

Numerous bingo halls were forced to close their doors for good. Profits plunged and player numbers declined sharply, as they turned to other types of entertainment. Thankfully, the arrival of online bingo has ensured that it remains available to players. Indeed, internet bingo has ushered in a new golden age for the game.

While the basic game mechanics remain the same, internet playing has added fresh, new elements to the way that it is played. Rather than being a poor substitute for the original game, it has added new features that have greatly broadened bingo’s appeal.

How Has Online Bingo Changed the Scene?

The presence of easily accessible bingo games around the clock has opened up the game to many new players. This has helped to change the demographics of bingo, as more young players and men have given it a try and realised that they enjoy it.

There is now less of a geographical restriction too. Anyone from any part of the country can enter a bingo site and start playing a game. This means that it is easier than ever before to play, even in big cities like London where the game was never quite as popular as elsewhere in the past.

Why has online bingo changed the industry so dramatically? One of the big factors is the variety of games that are offered in this way. Players can now choose from classic 90-ball bingo or else try something different, such as a 75-ball game.

We can see on the Wink Bingo site that there is also additional variety within those variants. For example, some of their 90-ball bingo games come with daily jackpots and VIP versions, as well as themed games that appeal to different players.

Bingo sites also give interesting promotions to make it easier for players to join up and start playing with extra cash or free cards. All of this has led to lots of newcomers taking an interest in the game for the first time.

The Return of the Community Feel

Perhaps the biggest loss felt by bingo players when their local halls closed was that of the community spirit. People who had made this a huge part of their social life were left wondering what to do with their leisure time when a trip to the local bingo hall was no longer an option. 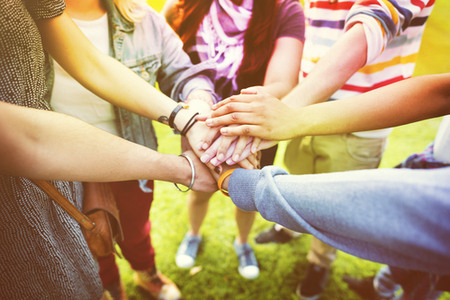 The good news is that the online bingo revolution has brought the community aspect back with a bang. The ability to chat with fellow players while the numbers are called makes this a simple way of meeting new people and enjoying a game or two.

With more and more people playing in this way, the variety of players has also grown. One of the great attractions about these online games is that you never know who will be in the virtual room at the same time as you.

It might once have been limited in appeal to a certain type of player in specific parts of the country. Yet, online bingo has opened up this game across the nation while expanding and improving upon its social feel too.

All of this means that we can expect the audience for online bingo to keep on growing. The combination of a classic game with modern technology has proven to be a real winner.