How not to be blown up, deafened or buried by burning rubble during Spain’s Las Fallas festival

It is fun, irreverent, constantly surprising, and also a little bit dangerous. So to make sure you survive One Small World has put together a crash course survival guide on how to come out of Las Fallas unscathed.

Here’s what to expect:

If avoiding situations that make you uncomfortable or that you consider an outright assault on your wellbeing is your modus operandi, then quite simply avoid Valencia during the month of March if any of these apply to you:

You’re afraid of fireworks or loud noises, you like a lot of sleep, you get crippling migraines, you can’t stand ridiculous crowds of people who have no consideration for personal space, or you fear being buried alive every time something explodes. I think that just about covers potential phobias.

You say Fallas, I say fires, let’s call the whole thing off

Central to Las Fallas are the ‘fallas’ – towering sculptures of quite stunning workmanship that often take a whole year to plan and create. Each district in town has their own set of fallas, a larger one for the adults and a smaller one for children. That means that there are over 750 of these fallas dotted around the whole city. And then the night of the last night is La Cremà, the festival’s unforgettable finale when every fallas in the city goes under the torch. Many of the bonfires roar to over 6 storeys tall.

Tip: You’ll no doubt find a favourite fallas that you’ll want to see burn at La Cremà. If you decide to see one of the larger fallas go up in smoke, then you’ll need to arrive at least an hour prior to get a good spot; Valencia’s streets are narrow and there will be a million people in the city.

Tip 2: That said, if you do arrive early and you get a position close to the front and an official looking guy tells you to move back, then trust him on this one; the Spanish see no reason to put the barricades where you will in fact be safe. He’s trying to do you a favour but he’s not going to make you move, you’ll just have your face burnt off. 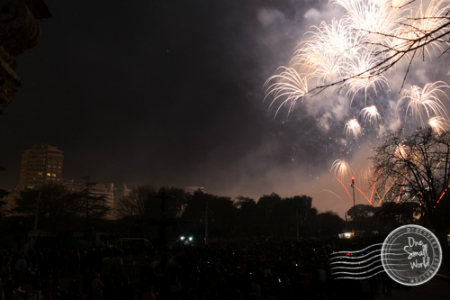 The Spanish know how to party and the erection of a large polystyrene sculpture that will soon be immolated is, of course, cause for great celebration. From the last five days of the festival from March 15 – 19, all-night parties rage across the city.

This is hardly a problem, except for the fact that at 8am the next morning many districts take part in La Despertà, or “the wake-up call”. This involves early morning fireworks and marching bands to rouse their neighbourhood so that the party can continue.

And did I mention that everyone over the age of two will probably be lighting their own firecrackers under your window for the duration of the night?

Plus, let’s not forget the 2pm sound fireworks (known as the La Mascletà) and also the after-midnight fireworks. If you like your festivals to sound like a warzone, or a Free-Bullets Day at a Texan gun range, then Las Fallas fits the bill.

It is hard to encapsulate Las Fallas in a short article because, literally, the entire city is in on the game. There is so much going on along every street and on every corner.

Talk to people. The Valencians are an incredibly open and inviting people. Try out your schoolboy Spanish and then just go with the flow, you won’t regret going along for the ride. Anything can happen.

Get yourself a map that shows where the city’s biggest and most gobsmacking fallas are; you’ll want to see a few of those. And you’ll want to know when and where the various fireworks shows, parades, cultural shows are, so have a plan. However, Valencia is such a gorgeous city to wander around that your plans should be minimal. And with a different fallas on every second corner, most of the fun of Las Fallas is disappearing into Valencia’s narrow cobbled streets and unwrapping the craziness for yourself. And there is plenty of space for planning and wandering with things to see and do from 10am until 5am every day from March 15 -19.

Not just a pretty picture

Las Fallas has evolved from simple beginnings centuries ago to an outrageous train-wreck conglomeration of tradition, modernity and a sincere love of explosives. Yet cutting through this strange melange is a sense of humour that it would be unfortunate to miss.

Las Fallas extends the people of Valencia the opportunity to satirise and comment on global and national issues. Whether it’s speaking out against homophobia or expressing their frustration at Spain’s economic situation (hence the Merkel/Poppy statue) most of the fallas will be trying to tell you something. Spend a moment to try and find out what it is.

Have fun – but don’t forget the earplugs…

Fun is assured in Valencia over Las Fallas, but returning with your full complement of hearing is not. Whether you manage to squeeze to the front for one of the daily Mascletàs, you get too close to one of the fireworks shows, or you’re just passing through a cracker-happy crowd, you’ll be glad you’ve got something to stuff in your ears.

Tip: And a word of warning for any of the myriad of fireworks events during Las Fallas: If it gets too loud (and it generally will if the Spanish have anything to say about it) don’t block your ears with your fingers as it can trap the sound waves and cause damage. Use earplugs and open your mouth a little so that any pressure changes can equalise easily.

Las Fallas is unlike any other festival on the planet. It is absurd at times, bordering on suicidal the rest of the time and excessive all the time. It is a grand votive offering to our most carnal of desires – fire and chaos – and it will remain in your memory long after the ringing in your ears has subsided.

This year, One-Small-World.com is undertaking #EuropeanBazaar, a project that documents about 30 of Europe’s most bizarre festivals. Want to know more? Then ‘Like’ One Small World on Facebook or check out the website here. 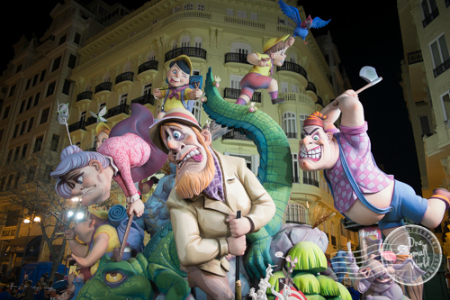 State of Origin 3: Streaker steals limelight from Queensland’s securing eighth series in a row with 12-10 win over NSW

Video: Clickflashwhrr girl takes photo of herself every day for five years, turns them into viral clip