Sushi has a firm foothold in Western food and drink culture, but sake has been a slow burner. Nevertheless, with as many varieties of sake as there are wine, it’s certainly worth our appreciation. Here, you can try five different types, matched with Japanese dishes. You’ll also learn  drinking etiquette and production techniques from sake sommelier Shinya Maeji.

Get a pair of guests to slip on a fat suit and have it out in a ring, and you’ve got yourself the perfect way to ramp up a party. You suggest a location and this company supplies the suits, a mat, a smoke machine, an umpire, and even a Japanese soundtrack. Put on the fake pounds and find a friend who is ready to rumble. 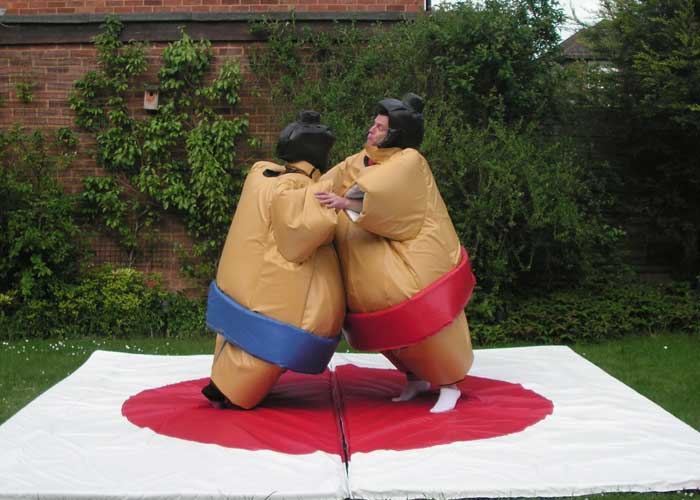 If a one-off opportunity to partake in cosplay at Hyper Japan isn’t enough, this informal group of Harajuku and cosplay afficionados will be just the trick. They meet regularly at fun Japanese-themed events and usually dance their cute little socks off. The most common meeting place is at west London haunt, Retro, which plays a Japanese film once
a month, and tends to attract disciples of J-culture

You haven’t truly made like a Japanese person until you’ve lost yourself in a ballad, mic in hand, while contained in
a box. When you’re visiting karaoke haunts in your lunch break, then you’ve really got the idea. Loosen your collar after work, have a drink at the bar, then dive into one of the booths. There are even costumes, so you can look the part. It’s the most fun you’ll have with your clothes on. Also in Soho. 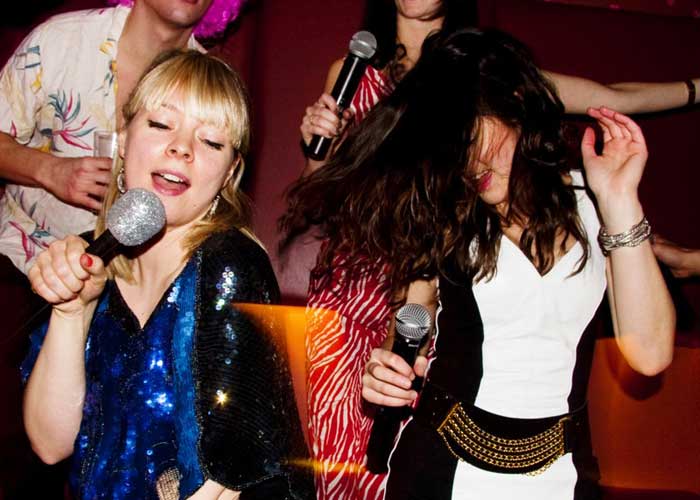 Learn the traditional  Japanese disciplines of judo, shotokan karate, Aikido and ju-jitsu at
a school that has trained Olympic competitors for decades. The venue has, and continues to, attract high profile teachers, so you
are learning from the best.

There’s no kitchen in this restaurant. Instead, you sit around a teppanyaki grill and watch the chef cook your meal, then toss it over on to your plate. It’s great food theatre. 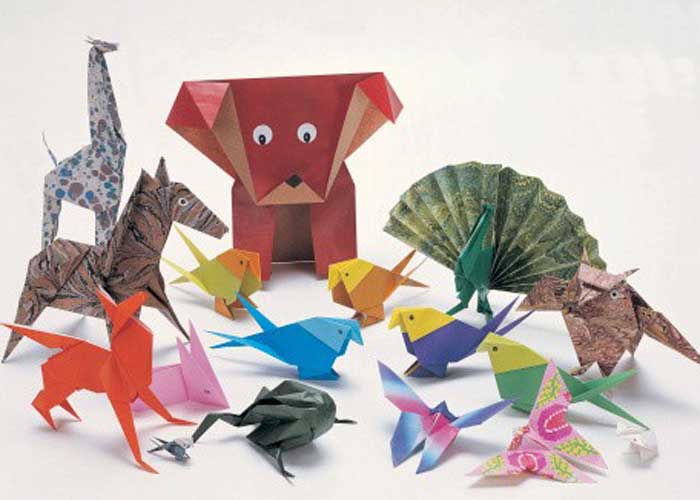 Start with a crane, and with any luck, plus a little help from some practiced paper-folders, you’ll be making a meal of your morning newspaper
on the Tube. Join origamists – experts and amateurs alike – as they congregate for their love of the traditional Japanese art. Attend regularly and you’ll be on your way to true origami mastery. Remember, though, glue is unforgivable.

The clothes at this online store feature logos that draw from the bright colours and deft brushstrokes of Japanese fashion, some of which can evoke a swaying tree or a rippling lake. Plus, there are a few select lines straight from Japan.

Tsuru sushi has been shortlisted in this year’s sushi-maker of the year competition, to be announced at Hyper Japan.Where better, then, to learn the art of preparing a great nori roll? You’ll have the best dinner parties in town.

It’s fair to say that for all things Japanese in London, if you can’t get it here, you’ll struggle to find it anywhere. Starting life as a suitcase full of Japanese books, the Japan Centre now includes a supermarket, bakery, deli, restaurant, homeware department, bookshop and even an online shop. 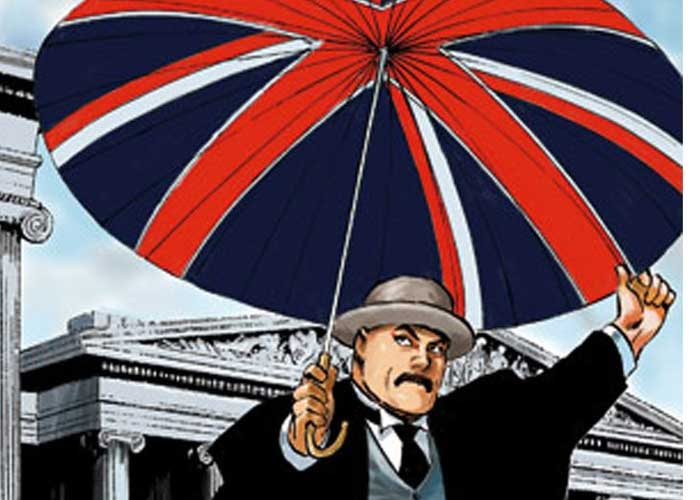 This is a rare opportunity to view original drawings of one of Japan’s most famous Manga characters, Professor Munakata, from the British Museum Adventure series. Millions of readers eagerly followed the professor’s adventures in the fortnightly magazine, Big Comic, dreamed up after illustrator Hoshino Yukinobu visited the museum in 2009. To celebrate the series being turned into an English book, Yukinobu has lent his finished drawings and sketches to the museum. A genuine boon for fans of all things Manga.

Noodles, tofu, miso, sushi, bento, or dumplings: whichever element of Japanese cuisine gets your juices going, you’ll gain a newfound appreciation if you learn how to whip it up yourself. Yuki, raised near Mt Fuji with a fanatical cook for a mother, worked in restaurants in the US and here in the UK, where she now teaches scheduled and bespoke one-off workshops and courses. 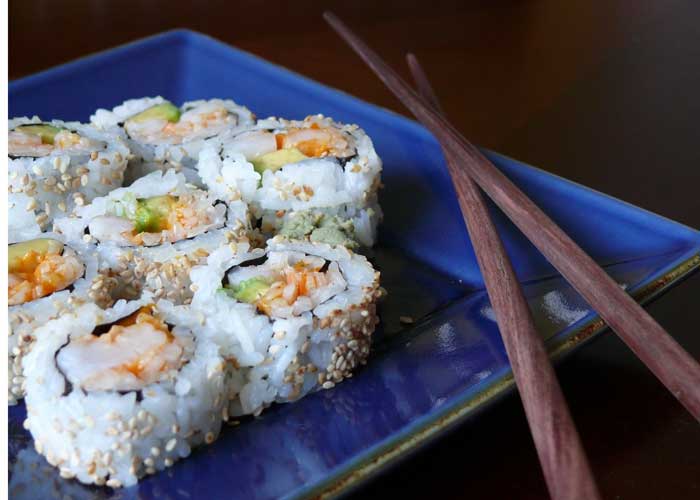 ’Insane’ just about sums up this J-rock event, especially when you consider the last show had a Japanese Queen tribute band – with Freddie in just his pants – rocking out on stage. It’s always a sell-out.

Hear sobering accounts from those caught in the devastation of last year’s tsunami and earthquake in Japan at this event, run by Seven Beach Aid. There’ll be a concert and other activities, tba, too.

Take advantage of a daily half-price sushi happy hour (5pm-7.30pm), and if an Ozeki saké puts you in the mood, karaoke awaits.

A night of back-to-back anime films will prove how deep the obsession runs for some, even 21 years after Manga began to distribute Japanese animation in the UK. Organisers have confirmed Bleach 3 among the five flicks to be shown, as part
of the Sci-fi London Film Festival. DJ tunes in the bar will precede the screenings. 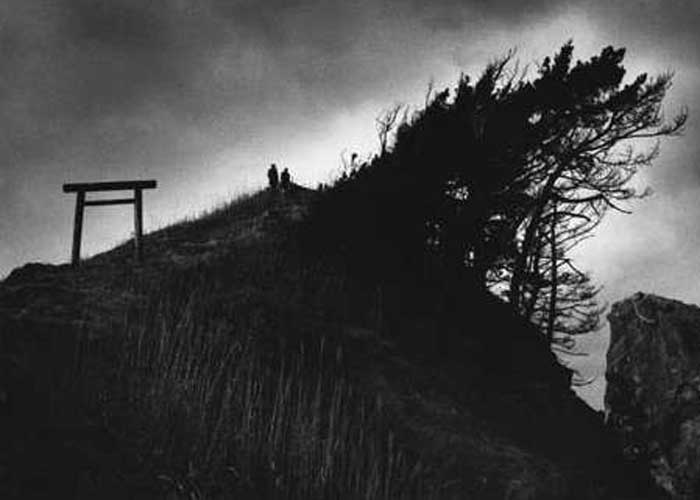 Over the Parched Field, Baker Street

When their relatives die, some Japanese people visit the volcanic region of Osorezan, or ‘fear mountain’, in Aomori, to talk to the dead through a medium. Since being raised to follow this practice, the line between life and death has been blurred for London-based Japanese photographer, Akiko Takizawa. Her perspective and understanding of Osorezan is eerily depicted in this exhibition, and her choice of motifs adds an intriguing element.

Skiing and snowboarding in Scotland