JK Rowling has been named Britain’s most influential woman, beating off the likes of Victoria Beckham, Cheryl Cole and the Queen to win the accolade.

Harry Potter author, Rowling, topped a list of 100 British women in a poll by editors from the National Magazine Company, which publishes 20 magazines in Britain.

Good Housekeeping editor Lindsay Nicholson said: “As a single parent who managed to cope and pull herself out of poverty and create a massive entertainment empire on the way, she is very inspiring.”

Victoria Beckham was the runner-up with the British Queen lagging behind in third position on the list of 100 most influential women in Britain.

Rowling herself, who claims to be very shy, said: “I never in my wildest dreams expected this popularity. Fame will go away… and when it does I believe I will be happy.”

The National Magazine Company top 10 most influential women are:

And if being named Britain’s most infulential woman wasn’t enough, check out the JK Rowling barbie, from toymakers Mattel. Honour indeed… 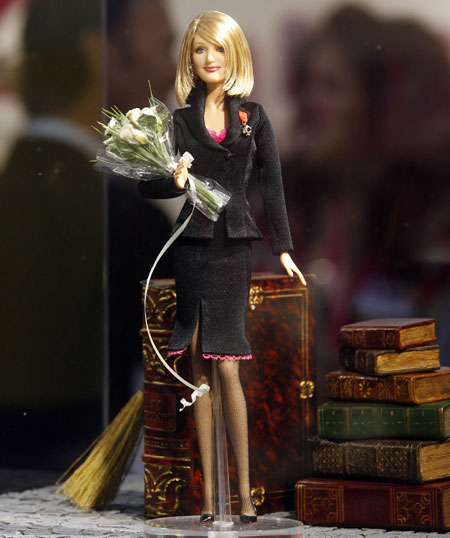 Related: Harry Potter and the Deathly Hallows trailer is here