The ex-heavyweight champion is best known for beating Muhammad Ali in what was referred to as the Fight of the Century at Madison Square Garden in March 1971.

The announcement of Frazier’s passing, aged 67, was made in a tribute statement from his family: “We, the family of the 1964 Olympic boxing heavyweight gold-medallist, former heavyweight boxing champion and International Boxing Hall of Fame member Smokin’ Joe Frazier, regret to inform you of his passing.”

He transitioned from this life as “One of God’s Men,” on the eve of Nov 7, 2011 at his home in Philadelphia, Pennsylvania. We thank you for your prayers for our father and vast outpouring of love and support.

“Respectfully, we request time to grieve privately as a family. Our father’s home going celebration will be announced as soon as possible. Thank you for your understanding.”
Ali, who could never have been referred to as ‘The Greatest’ without his links to Smokin’ Joe, led tributes to the great sporting icon.

“The world has lost a great champion. I will always have respect and admiration for him. My sympathy goes out to his family and loved ones.”

BinaryDad, wrote “RIP Joe Frazier. If only he’d just pretended to do all he actually did, and been white, then maybe he’d have a statue too, like Rocky.”

The exiled ex-champion, Ali and tireless Frazier fought three times, twice New York City and once in the morning in a steamy arena in Manila, Philippines. They went 41 rounds together, with neither giving an inch and both giving it their all. 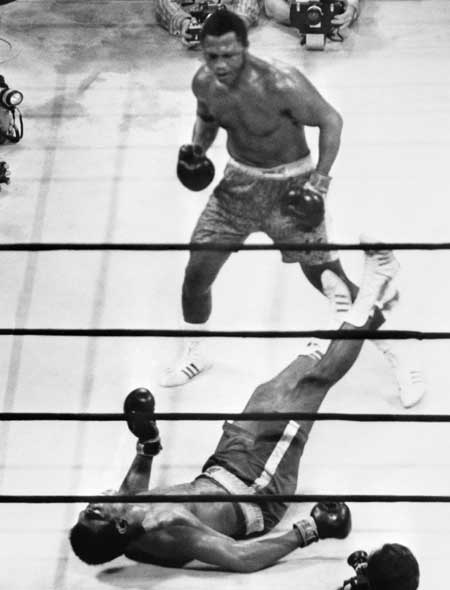 It was said that half the world was watching the live broadcast of the bout at Madison Square Gardens in 1971.

Ali and Frazier, the two alpha males of the division, had unbeaten records, 31 and 26 fights respectively. It was a time when closed-circuit television was waking up to popular broadcasts.

The fight was special, the anticipation fever pitch, even Frank Sinatra was shooting pictures at ringside. Both fighters earned an astonishing 2.5 million US dollars.

Frazier fought like a man exacting revenge on a foe who had insinuated in the build-up that the Philadelphian was the white man’s favourite. Frazier knocked Ali down for the first time in his career. Frazier won on points.

Ali took the last two meetings, the final act a paean to brutal artistry in Manila with both men near exhaustion, with Ali even admitting he felt “near death” on the conclusion of the fight. It truly was a thriller.

Ali was as merciless with Frazier out of the ring as he was inside it. He called him a gorilla, and mocked him as an Uncle Tom. But he respected him as a fighter.

Frazier spent years trying to fight his way out of Ali’s shadow. Bitter for years about the taunts his former nemesis once threw his way. After a trembling Ali lit the Olympic torch in 1996 in Atlanta, Frazier was asked by a reporter what he thought about it.

“They should have thrown him in,” Frazier responded.

Frazier only in recent times came to terms with what happened in the past and said he had forgiven Ali for everything he said.
The night at the Garden 40 years ago remained fresh in Frazier’s mind as he talked about his life, career and relationship with Ali a few months before he died.

“I can’t go nowhere where it’s not mentioned. That was the greatest thing that ever happened in my life.”

Born in Beaufort, South Carolina, on January 12, 1944, Frazier took up boxing early after watching weekly fights on the black and white television on his family’s small farm. He was a top amateur for several years, and became the only American fighter to win a gold medal in the 1964 Olympics in Tokyo despite fighting in the final bout with an injured left thumb.

“Joe Frazier should be remembered as one of the greatest fighters of all time and a real man,” promoter Bob Arum said. “He’s a guy that stood up for himself. He didn’t compromise and always gave 100% in the ring. There was never a fight in the ring where Joe didn’t give 100%.”

After turning pro in 1965, Frazier quickly became known for his punching power, stopping his first 11 opponents. Within three years he was fighting world-class opposition and, in 1970, beat Ellis to win the heavyweight title he could hold for more than two years. 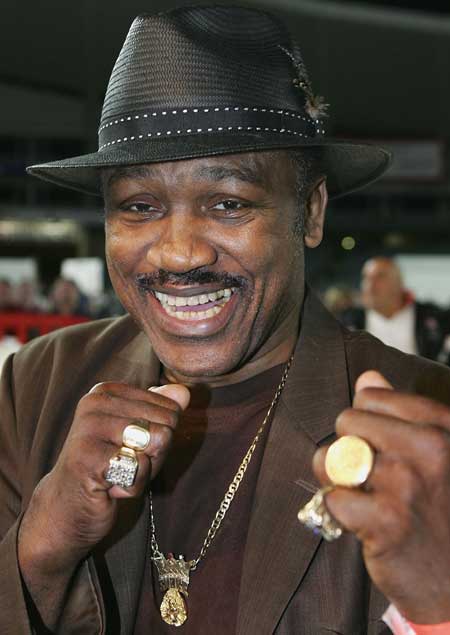 On retirement, Frazier started a new career as an entertainer, but eventually returned to his roots in Philadelphia, training fighters in a large gym he owned, after running into financial trouble.

Here, the religious man found his niche, helping young men from the wrong side of the tracks. He was invested into the Hall of Fame, and he will stay there, a legend.

Fall in love with these hotels