The Candian pop star was guest of honour at both shopping centres at the annual Christmas lights switch-on, travelling between the two mega-malls by helicopter. 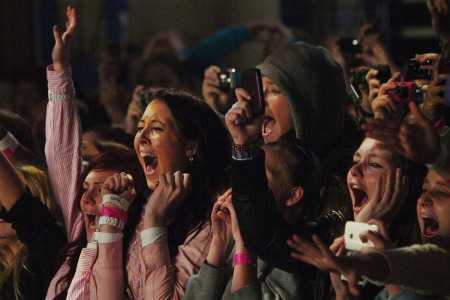 Dedicated girls, many of which were skipping school, had queued through the night to see the performance and grab a wristband, with some left crying hysterically after being turned away. Some fans had come from as far away as Norway and the USA. 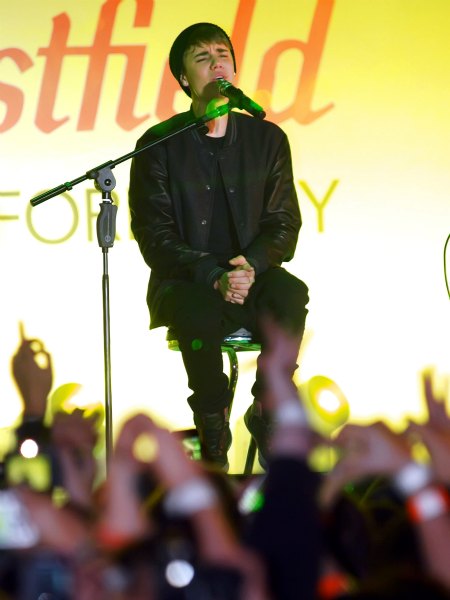 He performed a slick coreographed rendition of the hit ‘Baby’ and went on to sing Chrismas tracks from his new festive-themed album with acoustic guitar accompanyment. 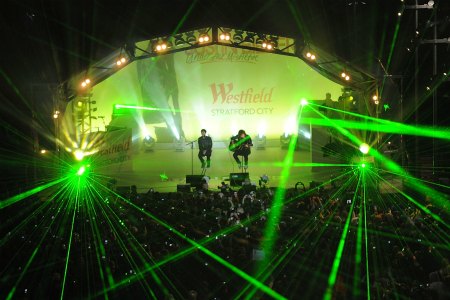 Ex-Spice Girl Geri Halliwell was spotted in the audience accompanying a young fan. British boy band The Wanted also got in on the hysteria when they joined Bieber on stage.

Later he told fans via Twitter “”Thank you to all the fans that came out today for the tree lightings. wouldnt be here withoutyou. so grateful for your support. Muchlove.”