Below is the art and poetry of convicted serial Killer John Sweeney who will soon be sentenced for the murder of two women. Police are investigating whether or not he killed more.

Carpenter Sweeney was convicted on Monday of murdering Melissa
Halstead and Paula Fields and throwing their mutilated bodies into
canals in England and Holland.

Now police in both countries fear at least three other missing lovers disappeared in the same way.

Sweeney was said to have a hatred of women and turned violent when they tried to reject him.

In
addition to the two murders, he also launched an axe attack at
girlfriend nurse Delia Balmer who was only saved when a neighbour
arrived to help.

He would boast of his attacks in paintings and
verse – leaving vital clues which led to his conviction at the Old
Bailey. In one picture showing a bloody axe, he called himself the
Scalp Hunter.

Some 300 paintings, wooden sculptures and poems
were found at his home when he was arrested while on the run in 2001.
And similar works were found in his prison cell at Gartree Prison when
he was arrested for murder last year. 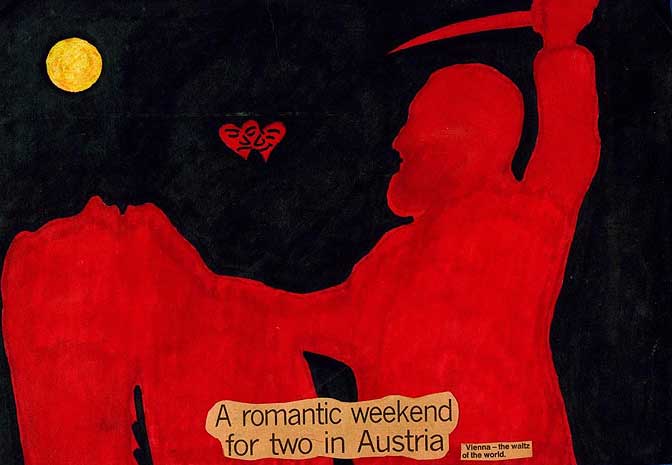 Referring to his axe attack on Delia, it bears the date “12/94” and
the words “Came too late, stayed too long”. He also wrote: “I will live
and die as I choose, I don’t believe religion or the f***ing law, there
are no rules, my life’s an open door.”

But Sweeney wasn’t
satisfied with crude artwork, he also penned poems so twisted even
hardened murder detectives were shocked by them. In a verse to Melissa,
he wrote: “A bad trip in Vienna, blood spilled/Amsterdam was not much
better, love killed/When I am dead and gone maybe we will be as one.”

Another
piece of artwork titled Goodnight Vienna showed a bag bathed in red
light fastened with a rope. Sweeney had also drawn a picture of Melissa
– a naked, headless and handless woman with her ankles and wrists bound.

A
further poem read: “The trigger goes click, the dead don’t talk/
Thoughts of a lunatic, out for a walk/ Seen the full moon, feel like
dynamite/Thoughts of arrest, bridge to cross/Torture never stops, fills
me with death/It’s a mental nightmare, getting a breath of fresh air.”

Sweeney
described the artwork in court as “drunken tosh” and said he had spent
the 1980s and 1990s taking drugs including LSD and cannabis.

“I was stoned out of my head when I did this. It is all just nonsense.” 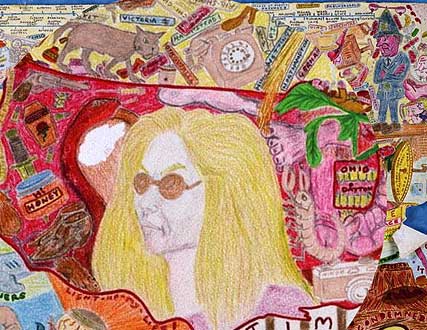 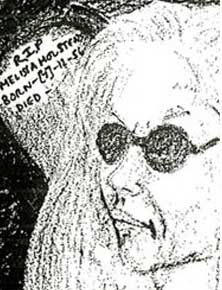 Turn The Shard into a giant Twister mat

Baby hit by a train survives, caught on CCTV

Give us a giggle: Comedian Pat Cahill chats about show Knock2Bag with Cardinal Burns and Doctor Brown at Rich Mix