Katie Waissel and her prostitute grandmother have both spoken out about the scandal that rocked the X Factor.

Waissel’s grandmother, Sheila Vogel, sells her services on a website advertising older women as escorts. The 81-year-old goes by the moniker Grand Dame Cecilia Bird and charges £250 an hour.

Vogel claims to have had sex with men as young as 23 and is proud of what she does.

“I haven’t done anything wrong. It’s a free world and I haven’t killed anybody. I’m just trying to make a living,” Waissel’s gran told new! magazine.

In an interview with mag, Vogel claimed that Katie was furious when the prostitution revelations broke.

“She was screaming at me. It was very hard. In the end she hung up, as did her mother and father,” said Vogel. 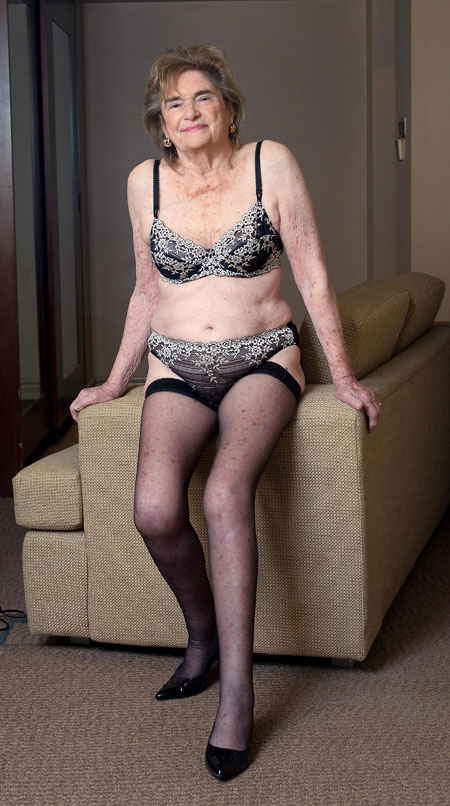 Katie Waissel’s grandmother poses in her underwear for new! magazine.

However, the octogenarian hooker was defiant that she was doing nothing wrong and said she wouldn’t be apologising, saying:

However, Katie has now broken her silence over the scandal and revealed that she has now spoken to her grandmother.

Appearing on ITV1’s This Morning, Waissel said she has been in contact with the naughty 81-year-old.

“Yes I have, but there wasn’t really an explanation,” said Katie. “I just think in life stuff happens and life is too short, you just have to pick yourself up and deal with things.”

Katie said that the fiasco hadn’t stood in the way of her X Factor performance, saying: “It’s a personal and private matter. I separated that from the competition and kept my head held high.” 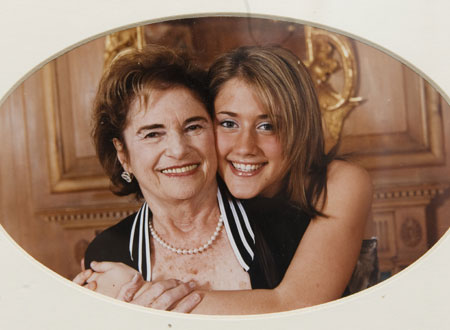 A young Katie Waissel with her grandmother, Sheila Vogel.

However, despite Katie’s philosophical attitude, the X Factor hopeful has now been voted off the show.

Meanwhile, Waissel’s grandmother says she will continue working as a prostitute, citing the health benefits as well as financial gains.

“Energetic sex keeps me young. I have a trainer and go walking. I also wear good underwired bras to keep a good figure.”

Good for you we say!

Read Sheila Vogel’s full interview and check out her underwear shoot (if you’re brave enough) in this week’s issue of new! 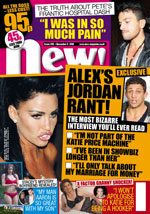 Philanthropists who are spending millions to change the world