Ingrid Loyau-Kennett, a mother-of-two from Cornwall confronted one of the attackers even as he brandished a knife, according to eye-witnesses.

The cub-scout leader (she ain’t no soccer mom) told London’s Telegraph the alleged attacker told her: “We want to start a war in London tonight.”

She explained to the Telegraph: “Being a cub leader I have my first aid so when I saw this guy on the floor I thought it was an accident then I saw the guy was dead and I could not feel any pulse.

“And then when I went up there was this black guy with a revolver and a kitchen knife, he had what looked like butcher’s tools and he had a little axe, to cut the bones, and two large knives and he said ‘move off the body’.

“So I thought ‘OK, I don’t know what is going on here’ and he was covered with blood. I thought I had better start talking to him before he starts attacking somebody else. I thought these people usually have a message so I said ‘what do you want?’ 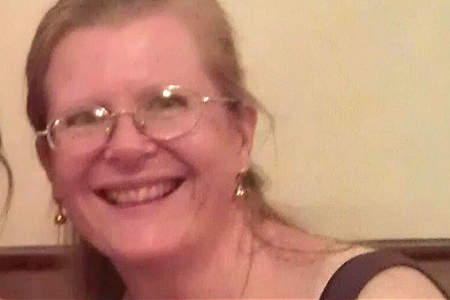 “I started to talk to him and I started to notice more weapons and the guy behind him with more weapons as well. By then, people had started to gather around. So I thought OK, I should keep him talking to me before he noticed everything around him.

“He was not high, he was not on drugs, he was not an alcoholic or drunk, he was just distressed, upset. He was in full control of his decisions and ready to everything he wanted to do.

“I said ‘right now it is only you versus many people, you are going to lose, what would you like to do?’ and he said I would like to stay and fight.”

“The other one was much shier and I went to him and I said ‘well, what about you? Would you like to give me what you have in your hands?’ I did not want to say weapons but I thought it was better having them aimed on one person like me rather than everybody there, children were starting to leave school as well.”

The two suspects were subsequently shot by police and taken into custody.

Ingrid has been hailed a hero around the world.

Her son Basil Baradaran tweeted: “Of all the things today ‘I didn’t expect a suspected terror attack in my town and my mum, of all people, to talk to the attackers #Woolwich”. 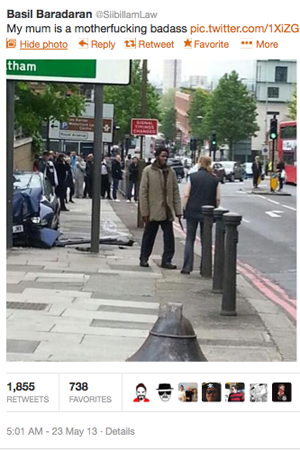 What do you like about living in the UK?

One third of shoppers admit to cheating self service tills