King Kewell: The best of Australia’s greatest ever footballer as Harry hangs up his boots

Rough luck with injuries and ruthless crowd jeers marred his at times phenomenal time at Liverpool which followed a prodigious entry to the Premier League as a teen at Leeds United.

Even at Galatasaray, where he went on a free transfer from Anfield in 2008, he showed moments of genius before his unfortunate end to life as a professional footballer at the hapless Melbourne Heart during his second stint in the A-League.

Kewell’s last game will be on April 12 for the Heart against defending premiers Western Sydney Wanderers.

“It’s been tough,” Kewell said. “I’ve talked to a lot of people recently and it’s hard because it’s the only sport I’ve ever known. I started when I was four and started professionally when I was 17 and had a career of 18 years. It’s a life I’ve already lived and now I get a chance to live another one.” 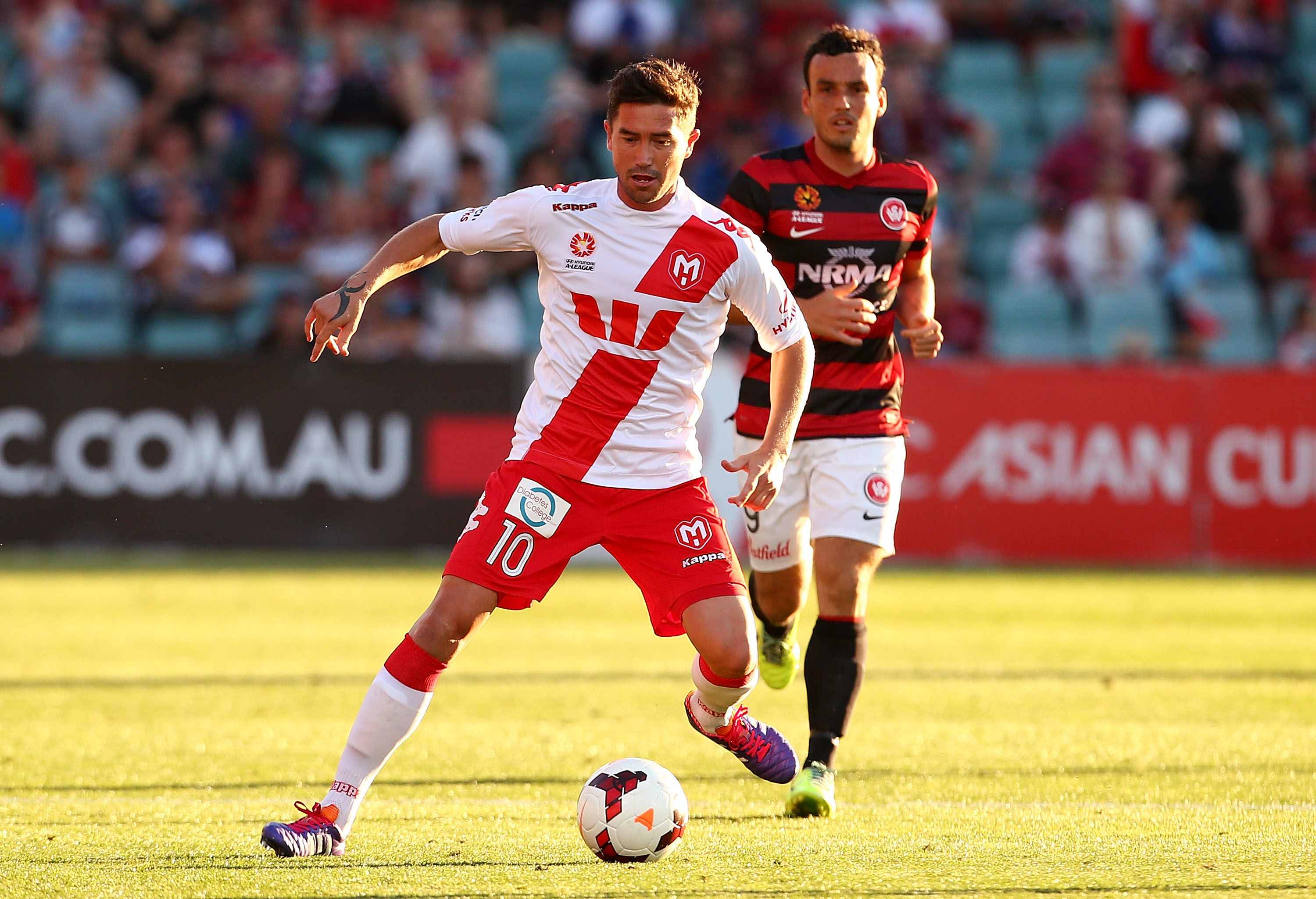 The 35-year-old’s retirement announcement on Wednesday is his conceding that Socceroos coach Ange Postecoglou won’t be considering him for inclusion at the World Cup in Brazil.

“For the World Cup I can sit back and enjoy it,” Kewell said. “There’s obviously going to be questions asked about the World Cup but I haven’t been part of the Australian squad for a while.

“For me it was time to step aside and let young players stand up. I think they will surprise a lot of people. I always said, it was a privilege and honour to play for your country and you’ve got to be playing at the highest level to do that.

Here’s why his career should be celebrated…

If there’s any doubt Harry rubbed shoulders with the best, his 1999-2000 PFA Young Player of the Year award while at Leeds should get rid of that. Others to have claimed the Premier League prize include Ian Rush, Ryan Giggs, Robbie Fowler, David Beckham, Wayne Rooney, Cristiano Ronaldo and Michael Owen.

Either side of Kewell was no less than Nicolas Anelka and  Steven Gerrard. Last year’s winner was Gareth Bale. Nuff said.

It all started in Leeds

A Marconi junior, Kewell joined Leeds after a trial at the age of 15 and made his debut with the at the time powerful Elland Road club at 17. Craig Johnston may have been the first Australian to crack England, but Kewell’s contribution to paving the way for Aussie footballers was just as significant.

Goals don’t have to be pretty

This strike put Australia through to the round of 16 in the 2006 World Cup, which is about as good as it’s ever got for Australian football. The Socceroos were 2-1 down to Croatia with fulltime looming and Kewell found a way to bring down a hopeful cross and crush the ball into the net with his other foot.

He got them there in a way

Qualification was an achievement for the Socceroos for that Cup, and they’ve made the two since. And it was Kewell’s duffed shot before Marc Bresciano’s equaliser that led to the shoot-out against Uruguay and making it to Germany. Then if it wasn’t for Lucas Neill diving in and giving away a penalty five minutes into injury time they could have got to the quarter finals in the same way!

In 1997, in the hostile Azadi Stadium in Tehran, a 19-year-old shut 100,000 fans up with his first international goal – two years earlier he’d become the youngest ever Aussie player at 17. He was class from the outset.

Harry had his Maradonna moment for Leeds in the Champions League against Switzerland’s Grasshoppers in 2001. He probably could have beaten as many defenders as Argentina’s Diego did in his famous World Cup finish, but Kewell was quick enough to just go around them. Mesmerising.

In May 2003, Arsenal were a bit keen on a title, but the young Aussie had other ideas with this goal, again picking up a long ball and beating Martin Keown and Oleg Luzhny with ease before slamming home. The win – which also included a goal from Mark Viduka – ensured Leeds’ survival that year and ended the Gunners title race. He moved to Liverpool the next season for £5m.

Back from the brink

Liverpool fans weren’t kind to Kewell, marked a crock for all his injury woes. But this goal in the Merseyside derby shut them up for a minute in the 2005-06 season. There’s no excusing the pony tail though.

This 2006 volley, his first home goal for Liverpool in two years, is as good as any you’ll see and technically brilliant as he takes Steve Finnan’s cross first time. Wow.

When Harry signed for Galatasaray Leeds fans weren’t impressed. Kewell was at Leeds when two fans were killed before a UEFA Cup semi against the Turkish giants in 2000. Kewell defended his move from Liverpool, and chose the number 19 shirt he held at Leeds as a nod to the club that made him the player he was.

Sure, he went off injured at 1-0 down and was booed by the Liverpool fans, but he’d been playing the whole season with a torn stomach muscle. Regardless, he was part of the 2005 UEFA Champions League winning team. That’s the biggest competition in world football outside the World Cup. No one can take that from him.